After Zambrano and McCarthy, we now have Dereci…

On 15th November 2011, the Court of Justice of the European Union (‘the CJEU’) handed down its judgment in the case of Dereci (C-256/11).  This was a much awaited judgment after the ‘Zambrano and Article 20’ revolution was dampened by McCarthy (see here for previous posts in relation to Zambrano and here for McCarthy).  As a quick reminder, Article 20(1) of the TFEU, with which all these cases are concerned, provides that:

Unfortunately I cannot say with confidence that Dereci provides all of the answers in respect to how Article 20 can be used.  An indication of this is how long it has actually taken me to put pen to paper and write this post since the judgment was published!

The case involved five separate applications.  The first three concerned two adult men and one adult woman, all third country nationals and married to Austrian nationals, who had always lived in Austria so had not exercised their rights of free movement within the EEA.  The fourth and fifth matter concerned two adults, again third country nationals who were seeking either to join or remain with one of their parents, also Austrian nationals who had not lived anywhere else but Austria.

None of the Union citizens in the applications were dependent on their third country national family members and the CJEU was quick to note this at Paragraph 32 of the judgment, where the Court records that “unlike the situation in Ruiz Zambrano, there is no risk here that the Union citizens concerned may be deprived of their means of subsistence”.

All five applicants have had their cases dismissed by the Austrian authorities, who had refused to apply European law to their circumstances on the basis that the free movement provisions did not apply and rejected their Article 8 ECHR claims.  The questions with which the cases were referred to the CJEU are set out at Paragraph 35 of the judgment and can be summarised as follows:

(2)   If the answer to question (1) is yes:  Does the obligation on the Members States under Article 20 to grant residence to the third country nationals relate to a right of residence which follows directly from EU law, or is it sufficient that the Member State grants the right of residence on the basis of its domestic law establishing such a right?

b.  If it is sufficient for the right to be granted following domestic law:  under what conditions may the national of a non-member country to be denied the right of residence, notwithstanding an obligation in principle on the Member State to enable that person to acquire residence?

(4)   […]  This last question relates to the application of the Ankara Association Agreement Decisions and Protocols in the case of Mr Dereci, who is a Turkish national.  It is not possible to analyse this element of the judgment within the confines of this post – but see paragraphs 76-101 of the judgment for further details.

Consistently with Zambrano and McCarthy, the CJEU first finds that Directive 2004/38 (free movement and residence rights) does not apply to any of the situations in Dereci as the Austrian nationals had always resided in Austria [Para 52 & 58].  So far so good in terms of clarity…

When it starts to address Article 20, the CJEU reiterates this principle at Paragraph 60 but states at Paragraph 61 that Union citizens, who have never exercised free movement rights, cannot for that reason alone be assimilated to a purely internal situation.  This is because citizenship of the Union is intended to be the fundamental status of nationals of Member States [Para 62 – also referring to Zambrano Para 41].

The CJEU then states the following:

So the Court’s answer to the first question is that Article 20 does not preclude a Member State from refusing to allow a third country national family member of a Union citizen, who has never exercised free movement rights to reside on its territory, as long as such a refusal does not lead, for the Union citizen concerned, to the denial of the genuine enjoyment of the substance of the rights conferred by virtue of his status as a Union citizen.  Whether it leads to such a denial is a matter for the referring court to assess [Para 74].

The second and third questions were not answered as they had only been put in the event that the first  was answered with a resounding ‘yes’.

So as long as a Union citizen can move from their Member State of origin to another Member State and thereby exercise free movement and residence rights, family reunion with third country nationals can be enjoyed that way.  The other scenario is of course the so-called Surinder Singh type cases, whereby a Union citizen returns to their Member State of origin after having exercised free movement rights in another Member State.  Their third country national family members would then continue to enjoy the same residence rights when returning back ‘home’.

Otherwise according to Dereci, the only other way a Union citizen can seemingly enjoy family reunion with third country nationals is if they simply cannot move and the only favourable and concrete example of this so far is the Zambrano children!  They were too young to move and exercise rights in their own way and their parents were resident illegally in Belgium.  Although not explicitly covered by the Courts in Zambrano and Dereci, neither were the Zambrano parents able to be self-sufficient in another Member State to enable a Chen-type scenario.

Sadly the CJEU does not venture any further in defining the test (or to use its own word – ‘criterion’) other than to set out that something more than just ‘desirable’ is required, which would lead to the denial of the genuine enjoyment of the substance of the rights conferred by virtue of the Union citizen status.  Cases involving a disability or any other reason that would make a move unreasonable will for the moment need to be construed accordingly.

Lastly, I was particularly looking forward to the answer to the third question as I thought that it may provide further guidance to the public interest/policy type arguments in criminal deportations.  You may recall Samina Iqbal’s post on Omotunde, which analysed the impact of Zambrano on a deportation and best interests of the child case.  The tribunal in Omotunde did not venture too far either in defining what these considerations might be (see Para 32) and since the CJEU in Dereci only looked at the first and fourth questions, we’ll need to wait a little more before guidance is set on when and how public interest/policy provisions can interfere with Article 20 rights – assuming we can succeed in establishing the Article 20 rights first! 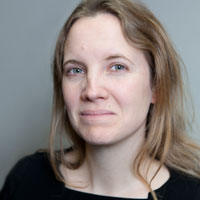 Care workers at risk of missing out on EU settled status