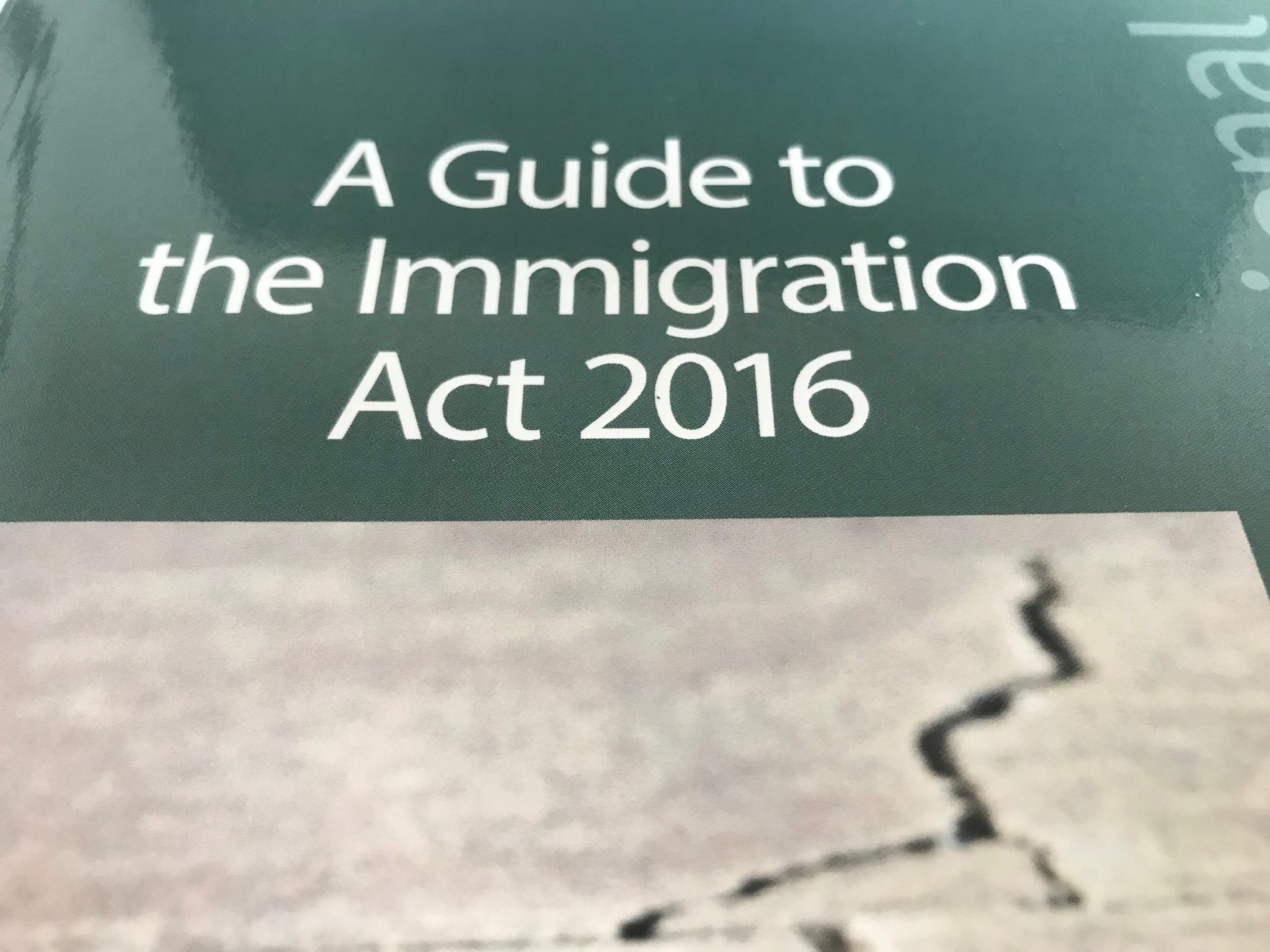 Book review: A Guide to the Immigration Act 2016 by Alison Harvey and Zoe Harper

If you want to look up how the Immigration Act 2016 works in practice, A Guide to the Immigration Act 2016 by Alison Harvey and Zoe Harper is the definitive guide to the legislation. More comprehensive than my own introductory ebook to the Act, Harvey and Harper dive straight into the detail. Every single section of the Act is set out, prefaced with commentary on how it fits into the whole and what the effect of the section is or will be, along with information on commencement, regulations, definitions and devolution.

The text is probably too detailed to use for “self training” on the Immigration Act 2016 or on the hostile environment, which has been considerably bolstered by the Act. That is not the book’s purpose. It is a reference guide to the Act and is invaluable to lawyers trying to deal with its consequences.

For example, the section of the book dealing with the new illegal working offence is 10 pages long and covers not just definition and effect but also what ministers said at the time of passage (potentially useful in a Pepper v Hart sense), parallels in other pieces of legislation, relevant case law, transitional provisions and how confiscation orders may work in practice.

If you have the misfortune of needing to know about the provisions of the 2016 Act dealing with issues like licensing or taxis and private hire vehicles, this is the authoritative resource for you. On the latter there are not only over 30 pages of legislation but also 10 pages of commentary.

The amended “right to rent” provisions including new powers of eviction are covered, as are the provisions on financial services, driving, the amendments to the already labyrinthine enforcement powers of immigration officers and others, the new scheme of immigration bail (not yet commenced), appeals, welfare support and more.

The book is more of an essential handbook than a guide. If you are dealing with the real world impact of the Immigration Act 2016, you will need to buy this book.