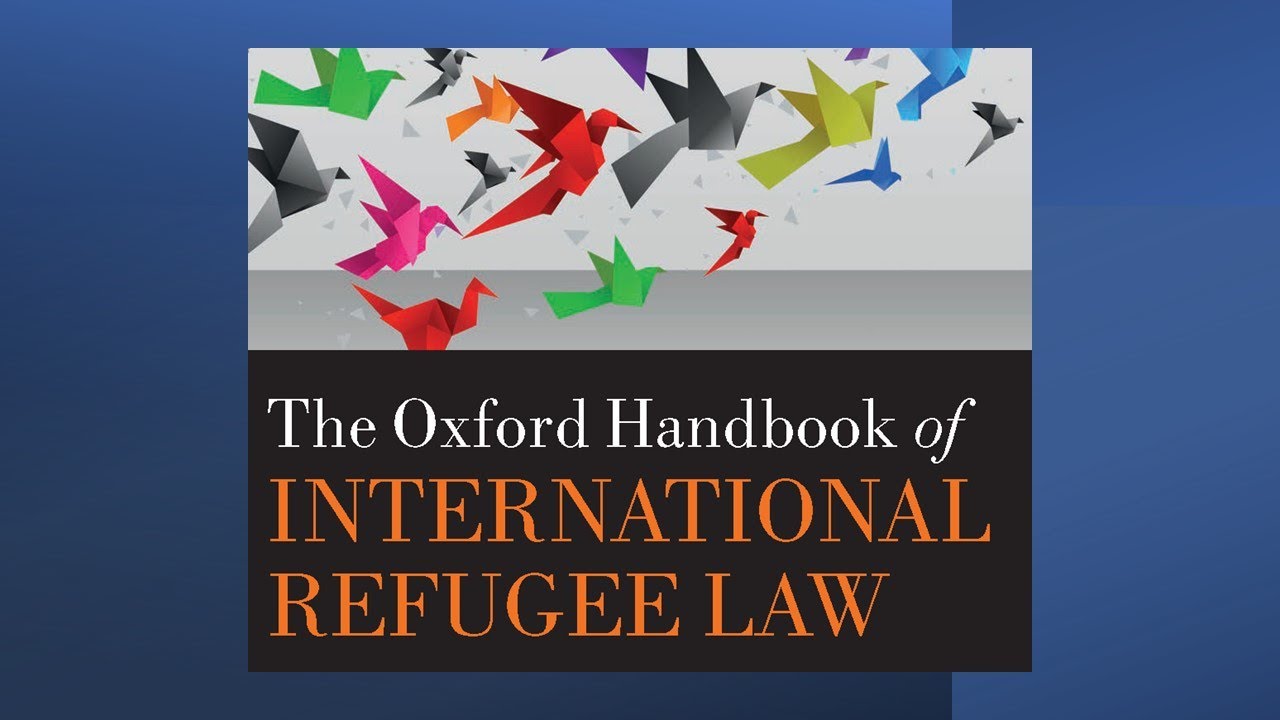 The Oxford Handbook of International Refugee Law, edited by Cathryn Costello, Michelle Foster and Jane McAdam and published in June 2021, is a massive book in every sense. Some five years in the making, running to 1,258 pages, consisting of 65 chapters, all by different authors (and sometimes multiple authors), the book is physically imposing. The breadth and depth of material is also colossal and the range of contributors genuinely broad. All three editors and a majority of contributors are women, which, as was said at the launch event, reflects a feminisation of the field of study in recent years. The editors have clearly worked hard to make the book a global one but, also reflective of the field, scholars from the Global North are predominant.

The handbook operates as a guide to the latest thinking and academic work on each topic that is addressed. Each chapter is a self-contained essay on the designated subject. The ones I have read so far have been short, accessible and strike a good balance between providing an overview of the subject and signposting further reading through footnotes. Use of academic jargon is, helpfully, very restrained. I have been quite surprised to find myself reading through them as quickly as I have, frankly, having initially been a bit overwhelmed when the book first arrived.

Basically, if you are interested in widening and deepening your knowledge and understanding of the global system of refugee law and protection, this handbook is an invaluable entry point.

The book is divided into several parts. So far I have read through a dozen or so individual chapters but I thought it would be helpful to provide an idea of the overall contents. You can see the full chapter and contributor list on the publisher website if interested (the “table of contents” tab on the left).

Part IV on access to protection and responsibility-sharing addresses the sharing of responsibility for protecting refugees; interdiction at sea; externalisation and deterrence; international safe third country law and practice; smuggling and human trafficking of migrants and refugees; refugee status determination; asylum procedure; and credibility and evidence.

It is this section which offers the most directly helpful material to legal practitioners.

Part VIII on accountability for displacement and refugee rights violations includes chapters on restitution and other remedies for refugees and internally displaced persons; the responsibility of armed groups; the accountability of international organisations; and, finally, border crimes as crimes against humanity.

The handbook stands as a state of the art review of international refugee law and scholarship by some of the most prominent and well respected writers and thinkers in the field.

Trying to find something to say beyond gushing praise, it does feel from a legal practitioner’s perspective like there may be some omissions in the book’s coverage. There are no chapters directly addressing stalwart issues like being persecuted, Convention reasons and state protection; such coverage could have examined critically how case law has evolved or might evolve in future. While the law on these topics does seem stable right now, that does not mean there is not more to say about them. Some re-evaluation of core concepts is arguably overdue.

There is, inevitably in a volume by so many contributors, some overlap between chapters, although not much quite frankly. Some of the contributors do not seem quite aligned with their topics. Rebecca Hamlin writes (excellently) on the politics of international refugee law and protection, rather than on the subject two chapters over: refugees as migrants, on which Hamlin has literally just published a really interesting and thought-provoking book (Crossing: How we label and react to people on the move). Again, this is inevitable when there are so many eminent scholars covering so many topics.

This is not a text aimed squarely at a refugee law practitioner to assist directly with their practice, so much as an overall introduction to the subject area. There is no better way to gain a rapid, broad yet also deep understanding of contemporary international refugee law.

I leave you with the video from the book launch: