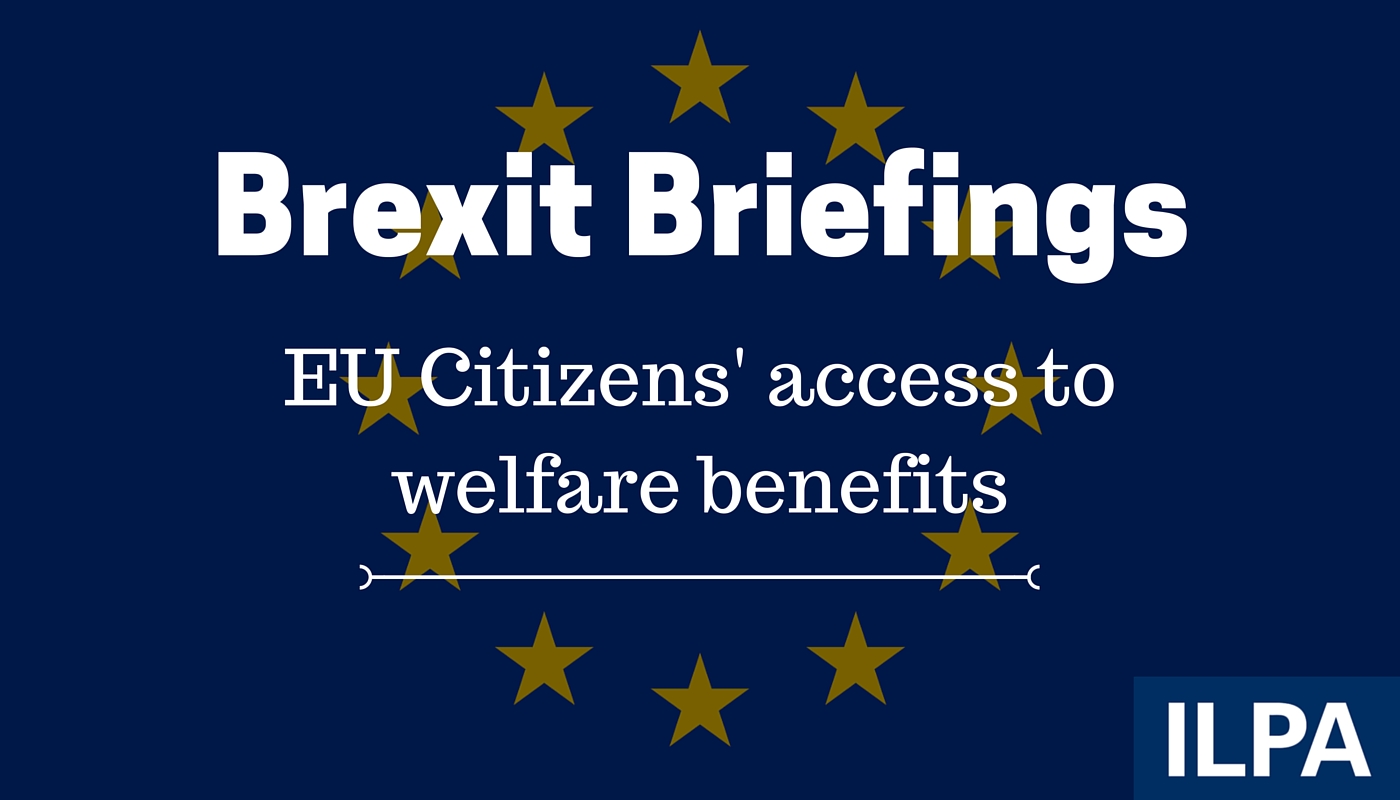 EU Citizens’ Access to Welfare Benefits: Past, Present and Future

The Immigration Law Practitioners’ Association has commissioned a series of briefings on key aspects of the Brexit debate by some of the UK’s top lawyers and academics specialising in EU free movement and migration law.  The purpose of the briefings is to inform interested members of the public, charities and organisations. They are available to be used as a resource and for any further information or help please contact
Nicole Francis, Chief Executive at ILPA.

Since the UK joined what is now called the European Union (EU), migrant workers, who are nationals of other EU member states, and their family members, have enjoyed extensive rights of residence in the UK under EU law.

The non-discrimination provisions in EU law mean that those EU citizens who are exercising EU rights of free movement in the UK are – as a matter of principle – entitled to the same tax, housing and ‘social advantages’ in the UK as British citizens. It has been settled by the courts that social security benefits are part of these advantages.

The eligibility rules for EU citizens

How the rules developed over time

Until the mid-1990s, EU citizens exercising rights of free movement   were entitled to receive benefits on the same basis as British citizens. Over time, UK legislative changes have been introduced that, as regarding   EU citizens migrating into the UK, restrict or exclude access to mainstream welfare benefits.

In 1994, a habitual residence test was introduced for the main UK means-tested benefits. The aim of the test was to stop someone claiming welfare benefits in the UK where such a person had only recently arrived in the Common Travel Area (the United Kingdom, the Channel Islands, the Isle of Man and the Republic of Ireland). The test was aimed principally at EU citizens but it applied to British citizens as well.

In May 2004, the habitual residence test was altered by the addition of the requirement of a ‘right to reside’ as a precondition for accessing mainstream benefits. Only those EU citizens who are able to demonstrate that they have a legal right of residence in the UK, based on EU law, can access mainstream welfare benefits. This right to reside requirement is contained in the relevant benefit regulations but it is underpinned by the provisions that regulate EU free movement in the UK: the Immigration (European Economic Area) Regulations 2006 (SI 2006/1003).

Around the same time, additional restrictions were introduced for nationals from eight of the Accession States (Czech Republic, Estonia, Hungary, Latvia, Lithuania, Poland, Slovakia and Slovenia (the A8 states)) that joined the EU on 30 April 2004. Nationals of these countries, who wanted to work in the UK, had to register their employment under the Worker Registration Scheme. Such restrictions lasted from 1 May 2004 until April 2011.

Similar but harsher restrictions were imposed on nationals of Romania and Bulgaria (A2 nationals) from 1 January 2007 (when their countries joined the EU) until 31 December 2013. They were only classed as ‘workers’ if their employment was categorised as authorised work under the Workers Authorisation Scheme (subject to certain exemptions). A similar scheme was put in place for Croatian nationals when their country joined the EU in July 2013.

More recently, further changes have been driven by the view, repeated in Government press statements, that the UK is ‘vulnerable to benefit tourism’ (because entitlement to certain benefits is based on residence rather than contributions based on the person’s employment record), and that this acts as an ‘incentive’ to EU citizen migrants and to those from Eastern Europe in particular.

Against this highly-charged political background, in 2014, the Coalition Government introduced a package of measures aimed at limiting EU citizens’ access to benefits as newly-arrived work-seekers. These changes also affected EU citizens who were already settled in the UK but who then become unemployed. The principle changes being:

The rules for Universal Credit (UC) have also been amended with EU citizens in mind. First, newly arrived EU citizens are barred from claiming UC as jobseekers. Secondly, anyone in self-employment will, after 12 months been deemed to be working 35 hours a week have an income equivalent of the national minimum wage rate (regardless of their actual income), if they seek to claim means-tested benefits.

In 2015, the Government turned its attention to in-work benefits for EU citizens as the next ‘problem’ that needed to be solved. Prior to the 2015 Election, David Cameron proposed that EU citizen migrants could be denied in-work benefits (e.g. tax credits) until they had been in the UK for four years. This proposal was agreed at a meeting of the European Commission in February 2016 in an effort to reach a “new settlement” for the UK. The agreement provides that access to in-work benefits can be limited to newly-arrived EU workers in the UK for up to four years in order to (take into account of the “pull factor arising” from the UK’s in-work benefits regime.

It was also agreed that child benefit paid to EU citizens in the UK, for their children living outside the UK, but in the territory of the EU, will no longer be paid at UK rates but at a rate that reflects the conditions – including the standard of living and child benefit paid – of the country where the children live. The settlement applies to ‘new claims made by EU workers in the host Member State’; but after 1 January 2020, it ‘may’ be extended to ‘existing claims already exported by EU workers’.

The main types of benefits

The main benefits that EU citizens and their families can access if they satisfy the relevant eligibility rules are:

When can EU citizens claim benefits? – a summary

Under the current rules, EU citizens are eligible or ineligible for the following benefits:

EU citizens who become unemployed are excluded from mainstream benefits if they do not find work within three months (or for former workers six months). For those who are unable to work, e.g. due to a long-term disability or caring responsibilities, they can be denied benefits in order to prevent them from becoming an unreasonable burden on the UK’s social assistance system.

Case law has confirmed that a refusal of benefit to an EU citizen in these circumstances does not require an individual assessment of the claimant’s personal circumstances: see Mirga v Secretary of State for Work and Pensions & Anor [2016] UKSC 1.

It will be apparent from the above that the eligibility rules governing EU citizens’ access to welfare benefits are strongly linked to an EU citizen either being engaged in work or retaining a link to previous employment. Those EU citizens who manage to remain in work (or retain their worker status), for a continuous period of at least five years will acquire a permanent right to reside in the UK. However, many EU citizens struggle to meet the residence test because they are only able to obtain transient or casual work associated with certain industries, for example, agriculture, catering, hospitality etc. which pay minimal earnings under zero hours contracts. Further many EU citizens are unable to produce the necessary documentation needed to establish an entitlement to benefit. Against this background, talk of the UK being vulnerable to benefit tourism appears far-fetched.

EEA nationals and the habitual residence test, available on the Citizens Advice website at https://www.citizensadvice.org.uk/benefits. 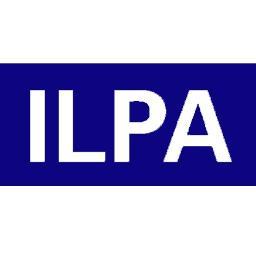