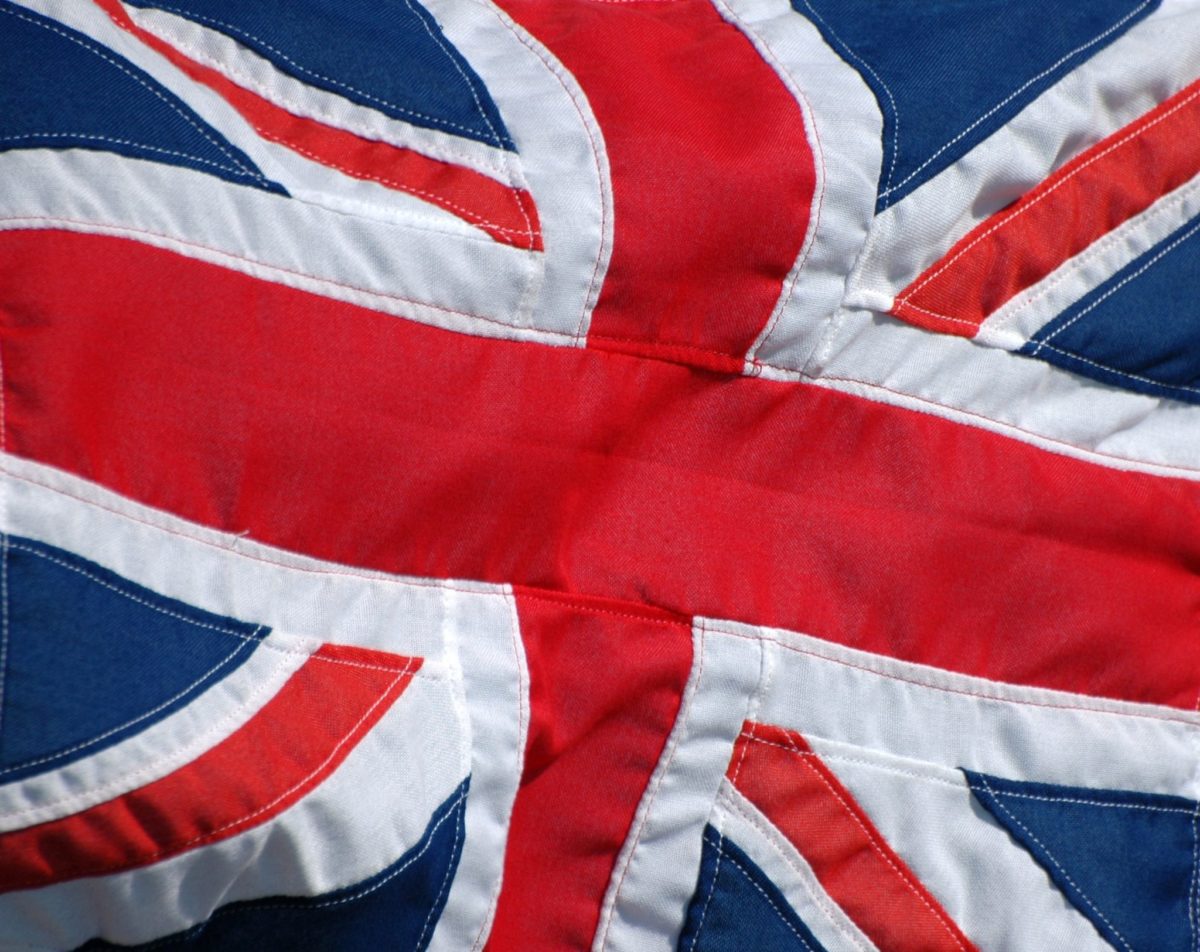 Add to favorites
Hubs / Nationality / The pathway to British citizen ...

The pathway to British citizenship for European nationals in the UK

As Brexit approaches, many European nationals in the UK are turning their attention to applications for British citizenship. Citizens of other countries who have been living in the UK for five years can apply to “naturalise” as British — but there are other requirements which can complicate things for people who are keen get their British passport as soon as possible.

How do you naturalise as a British citizen?

The main requirements to naturalise as a British citizen are that the applicant must be:

Because of the way that EU law and British nationality law work, there are quirks to each of these requirements which EU citizens interested in naturalising should be aware of. In particular, whether you are married to a British citizen or not makes a difference and whether you applied for permanent residence or settled status can also make a difference.

Proving you are settled

Before applying for citizenship a person must be legally settled in the UK (referred to by lawyers as being “free of immigration time restrictions”). There are two ways for European nationals to achieve this:

The settled status scheme opened to the general public on 21 January 2019, so many European nationals can now choose what type of application to make.

In general the settled status option will be faster, easier and cheaper for those who just want to get their right to remain in the UK sorted out, but someone who wants to apply for British citizenship as soon as possible may still wish to apply for permanent residence.

This is because permanent residence can be backdated but settled status cannot, and for some applicants being able to backdate your proof of settlement means you can qualify for British citizenship sooner.

Not married to a British citizen

Cecile is a French national. She has resided in the UK since 2002 as a worker; she found a job within weeks of arriving and has worked more or less continuously ever since, with a short break of a few weeks between jobs.

By contrast, settled status is effective from the day it is granted. That means having to wait 12 months to apply for citizenship.

If the Withdrawal Agreement is concluded then EU free movement law will continue until 31 December 2020. Until then, people will be able to make an application for a permanent residence document and use this to apply for citizenship.

The requirements for permanent residence are more stringent than for settled status. You must have been working for a five-year period, which must have ended at least one year ago (this is to ensure the status can be backdated by 12 months, allowing you to apply for citizenship immediately). If you have not been working you would need to show that you have held Comprehensive Sickness Insurance, a requirement many people have had difficulty meeting in the past.

If you do not meet these requirements now, but will be able to meet them before June 2020, then you can make an application once you have reached the six-year threshold. I say June 2020 to ensure there is sufficient time for a permanent residence document to be issued and a citizenship application submitted before 31 December 2020, as on this date EU free movement law will end.

If you cannot meet the requirements for a permanent residence document but have lived in the UK for five years, or if there is no Withdrawal Agreement, then you would need to apply for settled status, wait one year, and then apply for citizenship. There is no problem doing this, and it would be simpler than the permanent residence route — just not as fast.

Those married to a British citizen

Now let’s look at the second element of the residence requirement: length of residence. This is in addition to the requirement of being legally settled, but in practice doesn’t add much to it.

The residence periods are follows:

This three-year residence period does not affect the separate requirement to prove that you are settled. In practice, everyone who wants to become a British citizen needs to have lived in the UK for five years, as it takes that long to get settlement.

This quirk is due to British nationality law being drafted in 1981, at a time when it was possible to become settled in less than five years. Now virtually all routes to settlement require at least five years’ residence.

The residence period is always counted backwards from the date of application; it is not possible to rely on a historic period of residence. The period must start on a day you were in the UK. This means that you need to make sure that you were in the UK exactly three or five years before you apply.

Absence during the qualifying period

If the person applying for naturalisation has been out of the UK for more than particular periods of time, their application will be rejected.

The basic rule, set out in Schedule 1 of the British Nationality Act 1981, is that the applicant must not have been outside the UK for more than 270 days in total over the three-year period for spouses or 450 days over the five-year period for non spouses, including no more than 90 days in the final year in both cases.

The Home Office will examine both the three/five year qualifying period and the final year before the application separately.

Absences in the final year

The basic rule, as we have seen, is that the applicant cannot have been outside the UK for more than 90 days in the 12 months up to the date of their application. So if applying in April 2019, your absences between April 2018 and April 2019 must fall below 90 days.

The Home Office can, in certain circumstances, grant citizenship even where the 90 day threshold has been exceeded. This can only be done where the “future intentions” requirement has been met.  This is the third bullet point in our summary of the naturalisation requirements right at the start of this post: to qualify for citizenship you must intend to make the UK your home, or if you have more than one home the UK must be your principal home. This requirement is usually met without difficulty — however, significant absences during the three or five year residence period or close family living abroad can cause the Home Office to doubt an applicant’s future intentions.

The table below provides a guide for when the Home Office will consider disregarding excessive absences:

As the table shows, assuming the future intentions requirement is met the Home Office will usually grant the application where the absences are under 100 days. They will also consider granting an application where absences are between 100 and 180 days. The decision-maker will look at whether the absence threshold for the three/five year residence period (see below) has been met, consider the reason for the absences, and assess the strength of your connection to the UK to determine whether you should be granted citizenship, despite your excessive absences.

If your absences are over 180 days in the year before you apply, and you also fail to meet the threshold over the three/five year residence period, your application will only be granted in “exceptional circumstances”. It is incredibly difficult to convince the Home Office that such circumstances exists.

For the second period examined, as with the length of the residence periods, the number of absences permitted depends on whether or not you are married to a British citizen.

Not married to a British citizen

Those who are not married to a British citizen need to show that they have not been absent from the UK for more than 450 days during the five year residence period.

Again the Home Office can, in certain circumstances, grant citizenship even where this threshold has been exceeded. The table below shows how the Home Office will consider such applications:

For any exercise of discretion above 30 days, the Home Office policy states that the applicant must show that they have “established their home, employment, family and finances in the UK”.

If your absences are over 900 days it is “highly unlikely that discretion would be appropriate” and you would be better off wait until your absences fall below this threshold before applying.

Those married to a British citizen

Those who are married to a British citizen need to show that they have not been absent from the UK for more than 270 days during the three-year residence period.

For any exercise of discretion over 30 days, the Home Office policy states that the applicant must show that they have “established their home, employment, family and finances in the UK”.

If absences are over 540 days it is “highly unlikely that discretion would be appropriate” and you would be better off wait until your absences fall below this threshold before applying.

Those who have not yet reached five years

If you will not reach five years’ residence until after 31 December 2020 you must apply for pre-settled status. Once five years has been reached you can then apply for settled status and then citizenship (immediately if you are married to a British citizen or after a year if you are not).

All of the above simply determines if/when you should apply and what you should apply for. None of this is automatic. A permanent residence document, settled status, and citizenship must all be applied for and there are separate requirements for each.

Finally, for further detail on the citizenship requirements check out the Free Movement guide to naturalising as a British citizen. Much of the material for this post has been drawn from this guide. It contains worked examples of common residence requirement issues in naturalisation applications, as well as covering the rest of the naturalisation criteria. It is available to download free to members, or for £9.99 for non-members.

With thanks to Colin Yeo for his comments on an earlier version of this post.