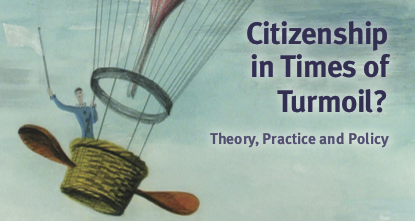 Citizenship in Times of Turmoil?, a book which I edited and published with Edward Elgar Law earlier this year, was launched a few days back. Hosted by the law firm Anthony Gold’s housing law team, the event was attended by legal practitioners, activists and academics of several disciplines. This was a reflection of the mix of contributors that the book brought together: it has nine contributors, located in legal practice, academia, journalism and NGOs with a crossover of disciplinary and practice areas.  The common thread is the investigation of citizenship.

A primary contribution of the book is to question the need for national security threats for citizenship rights to be challenged. With the spread of the hostile environment, “turmoil” can be the ordinary and the everyday rather than the post-terrorist attack scenario.

Philosopher Chris Bertram and journalist Fiona Bawdon both present the complexities of the hostile environment. Bawdon finds a loss of belonging and identity in the lives of people who long considered themselves British but who suddenly found themselves coming within immigration control as hostile environment measures took effect. Bertram demonstrates the hate speech-like expressive content of hostile environment measures which effectively disadvantage minority ethnicity citizens. These measures categorise citizens by undermining the concept of equal citizenship.

David Smith, a partner in the Anthony Gold housing law team, has contributed a chapter on the Right to Rent which illustrates Bertram’s point on discriminatory effects on ethnic minorities who find landlords are now unwilling to rent properties to them as they have duties to check immigration status under the Right to Rent law.

Alison Harvey captures a similar dissonance between citizenship rights and immigration control in her chapter on those left behind by nationality legislation. The legacy of colonisation makes such distinctions quite arbitrary; an arbitrariness that carries on even at the point of cancellation of citizenship (Colin Yeo’s chapter). Patricia Mindus finds arbitrariness of rights in the Brexit context for EEA nationals equally disturbing in her chapter.

The other arbitrary distinction is between birth citizens (a mix of where people are born and how their parents link to being British) and naturalised ones (who are migrants who reside long term and undertake the legal process to become citizens). Naturalised citizens are more likely to have another surviving nationality and this means they are more at risk as a whole for cancellation of citizenship for their conduct (Yeo and Prabhat). Naturalised citizens also have higher standards for becoming citizens, for e.g. taking oaths of allegiance (Byrne) and tests (Brooks) in order to naturalise as well as being able to afford the process.

For some, citizenship comes with a huge price tag which simply makes it unaffordable (Valdez-Symonds): they remain subject to immigration control and removal despite spending nearly all their lives in the UK.

What makes the book unique is its inclusive frame of analysis which does not set up in opposition the legal status of citizenship holders and their sense of belonging or identity. Instead it synthesises all of these aspects by tracing the life cycle of British citizenship: its acquisition, its holding and its loss. This was a framework I developed through my ESRC funded project on British citizenship and one which I use to teach citizenship and immigration to my students. It makes it possible to see who is affected, how and when.

This life cycle lens also makes it possible to get some conceptual longevity and clarity in a fast moving field. All the authors are writing on contemporary developments, although we all situate our work in a longer context. For example, David Smith’s Right to Rent legislation challenge has now proceeded further beyond the time of writing. He says:

Much has happened in relation to Right to Rent since I wrote about it for Citizenship in Times of Turmoil. The main issue is that the High Court has reviewed the legislation and has taken the view that the scheme is unlawful. This is because its operation places landlords in an impossible position such that they are almost inevitably going to carry out some form of unlawful discrimination. Therefore the High Court considered that the Right to Rent was incompatible with the European Convention on Human Rights. Rather than try to improve the situation the Home Office immediately embarked on an appeal to the Court of Appeal.

At the same time, David points out, we have moved closer to the departure of the UK from the EU:

The Residential Landlords Association has been calling for some time for some form of clear identity card for EU nationals to ensure that they can easily prove their status so that landlords can continue to be confident that they can rent to them. The government has refused this, instead seeking to introduce a new electronic system. However, there is evidence that landlords are reluctant to use online checks and prefer a physical document. In the current environment there is a real risk that landlords will adopt a conservative approach and refuse to let to EU nationals at all.

To add to the confusion the government has recently stated that it will allow nationals from the “B5JSSK countries” to enter the UK without visas and to rent property. However, they have not updated the documents that go with the Right to Rent and so landlords who let to these nationals are technically breaking the law. The Right to Rent continues to be a mechanism in which the trappings of citizenship are partly withheld from those who have a right to it while at the same time extended, seemingly at random, to others.

This is just one example of how the march of the law and related developments is relentless in the broad field of nationality and immigration laws. But the core ideas of analysis: of looking at categories affected and thinking of concepts such as arbitrariness, proportionality and discrimination operating in categories at various points of the citizenship story, are enduring ones. 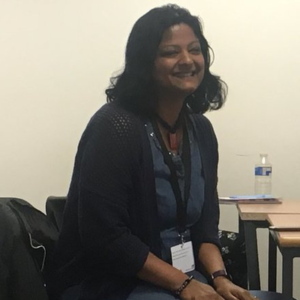 Dr Devyani Prabhat is a Reader in Law at the University of Bristol Law School, UK, with legal practice experience in Constitutional law. She holds a LL.M and a PhD from New York University and is an Attorney at Law, New York. She researches and teaches Migration, Citizenship and Nationality from a socio-legal and comparative perspective. Dr Prabhat supervises doctoral students researching on citizenship, migration, children's rights, human rights, the legal profession, and sociolegal theory and methods. She works closely with practitoners and civil society actors in a number of countries and has just edited a book on British Citizenship (Elgar 2019) which is based on academic-practitioner collaborations in the field of immigration law: https://amzn.to/32OQZPR