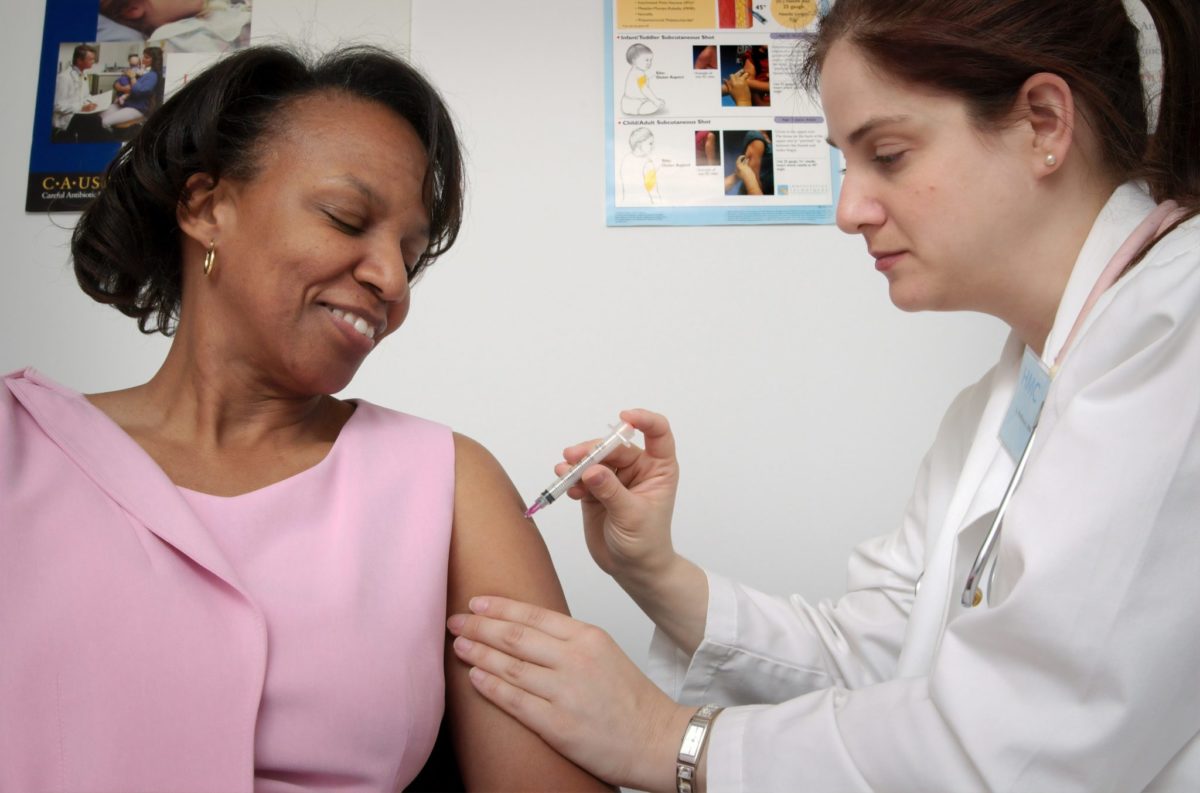 Add to favorites
Hubs / Enforcement / Comment: government must go be ...

In response to growing pressure, the government announced on Monday that no immigration status checks will be carried out for migrants getting the coronavirus vaccination. While Downing Street’s press release focused on the lack of status checks, further action is required to gain the trust of those whose lives have been ruined by harsh immigration policies. Otherwise, a combination of the Home Office hostile environment and discriminatory GP practices will undermine the vaccination drive.

Legacy of the hostile environment

The government appears ignorant of the extent and impact of the hostile environment it has created, but NGOs on the ground are not. In response to the vaccine announcement, Coventry Asylum and Refugee Action Group — a community group run by asylum seekers and refugees — tweeted: “Our data suggests that an overwhelming majority will not present to vaccination centres”. The Joint Council for the Welfare of Immigrants (JCWI) pointed to its own survey showing that 82% of undocumented migrants would be fearful of seeking healthcare in case of having their status checked or being charged for treatment. This lack of trust is the culmination of many years of policies and legislation seeking to marginalise undocumented migrants. One seemingly humane promise cannot undo that history.

Sure, but undocumented migrants are blocked from healthcare by a system of charges, unnavigable bureucracy and datasharing that puts them at risk of deportation. They’re afraid to go to the doctor. You can’t build a hostile environment and switch it off for one thing. pic.twitter.com/Ao8f2vvqGQ

Undocumented people already face barriers in accessing health care and other mainstream services. Many are afraid to go to the doctor. Migrants who approach GP practices often have limited knowledge of their rights and face language and psychosocial barriers, making an unsuccessful registration more likely. These are people with limited English or no English at all who are often marginalised or socially excluded to begin with.

As a racialised person who is subject to excessive state intrusion and excluded from full societal participation by restrictive and insecure visa conditions, I fully understand the distrust felt by undocumented migrants and documented ethnic minorities. The many structural barriers created by the government and society as a whole are often insurmountable for many seeking healthcare.

In theory, anyone in England can register with a GP regardless of their immigration status and the government is encouraging people to do so in order to get the vaccine. Unfortunately, many GP practices routinely refuse to register people. This is completely unlawful and fundamentally undermines the core principles of the NHS. But it happens all the time.

At the very onset of the pandemic, I moved house. Having a young family, one of my priorities was to register with a GP. On my first visit to the nearest GP practice I did not have any form of identification and proof of address with me. The receptionist aggressively told me that in 21 years of employment she has never registered a person without ID and proof of address. I pause here to note the advice of the British Medical Association to GP practices:

There is no contractual duty to seek evidence of identity, immigration status or proof of address. Practices should not refuse registration on the grounds that a patient is unable to produce such evidence.

I was acutely aware of how such unlawful practice would adversely impact ethnic minorities and undocumented migrants who are less likely to hold an official form of ID or proof of address. As I was unable to negotiate with the steely receptionist, I requested to speak to the practice manager before being advised she was on holiday and my application for registration would be passed to her upon her return.

Upon leaving the practice I was confident that the practice manager would surely authorise my family’s registration. Further, my gross naivety led me to believe she might phone to apologise for the misinformation the receptionist had provided or to clarify the practice’s position on refusing registration to those without the relevant documentation.

But when I returned a week later, I was again advised in no uncertain terms that if I did not have proof of address and identity then I would need to register elsewhere. Again I pointed out that, legally, proof of address and identity are not prerequisites for registration and drew the receptionist’s attention to a clause in their own registration form that verified this. Again, I was forcefully rebuffed. When I then offered my driving license, which stated my old address, this was rejected as valid proof of identity.

The entire ordeal proved very degrading. Both my children and other patients were present in the waiting area witnessing my humiliation. Certainly, my experience underpinned that it is one thing to have a right in law but another thing to enjoy it!

Status now for all undocumented migrants

The hostile environment is incompatible with public health. It is not a “vaccine amnesty” if there is no cast-iron guarantee against data being shared with the Home Office. People will not come forward for their vaccination if they fear detention and deportation.

Only concrete action can fully restore trust and increase vaccine uptake to the necessary levels amongst those living in the UK undocumented. As an immediate action, the government must set out a path to citizenship for the undocumented, and the NHS must stop being used for border control. It must stop sharing data with the Home Office and charging people for care.

Last March Portugal gave citizenship rights to migrants and asylum seekers so they can access health care during the pandemic. In May, the Italian government adopted a targeted regularisation for migrant workers, while from December Thailand offered work permits to undocumented migrants. The UK can do some or all of these things as well — and reap the benefits of better public health for all residents. No one is safe until we are all safe.

Cryton Chikoko is a Migrant Voice Ambassador and co-founder of Equanicity, a platform advocating for equality in the UK.