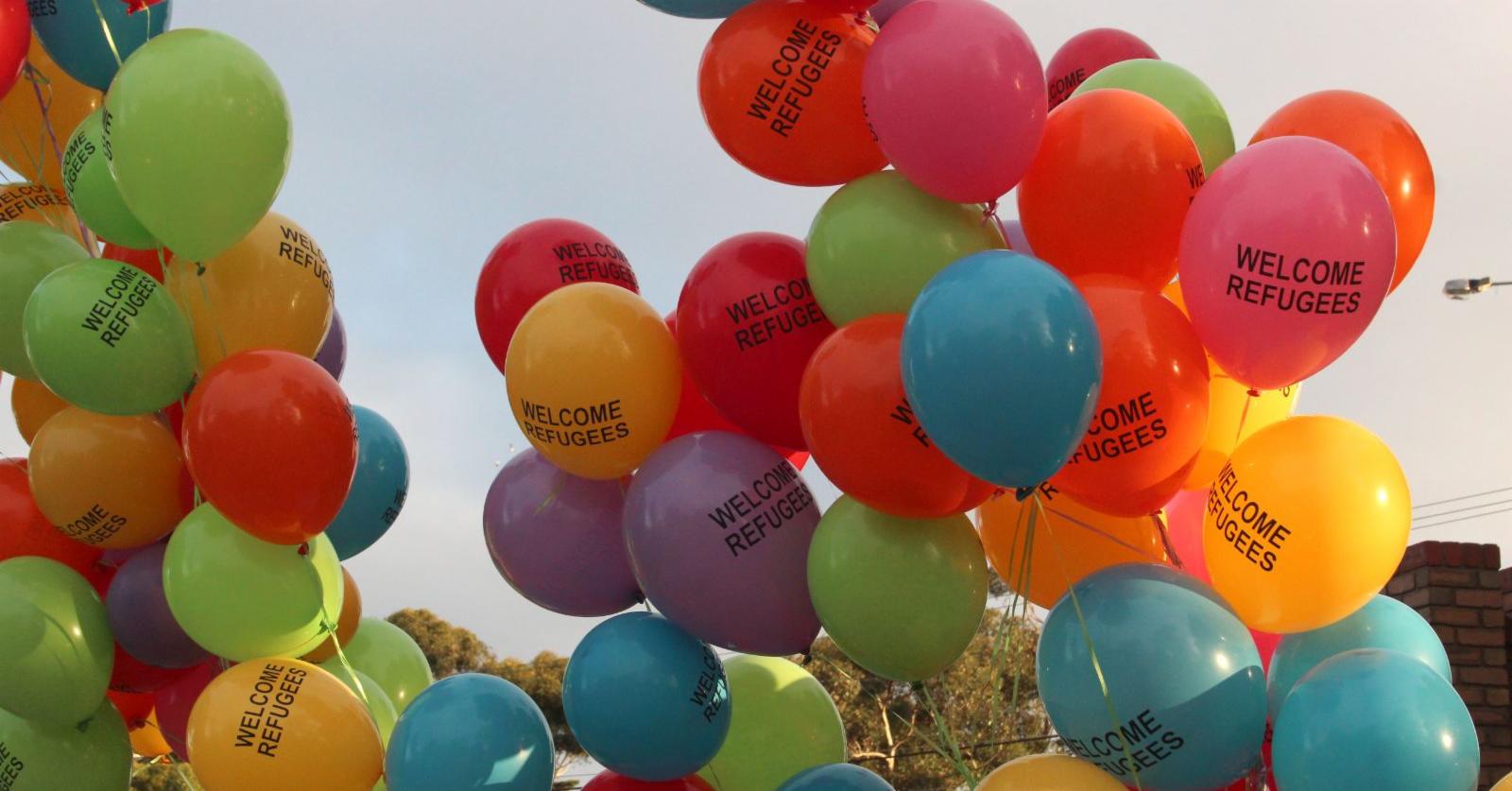 Nour Taleb runs the Sweety House, the latest popular Syrian business to open in Edinburgh. Mr Taleb fled Syria in 2012, arriving in the UK as a refugee under the government’s Syrian Vulnerable Persons Resettlement Scheme in 2016.

A similar tale of refugee success is Taza Bake, a Syrian bakery set up in 2014 by Abdullah Razzouk, who left Syria in 2009. Mr Razzouk is now employing those being resettled into Edinburgh as “New Scots”. Mounzer Darsani (nicknamed the “barber of Bute”) opened Scotland’s first Syrian barbershop on the isle of Bute, 3,000 miles from his native Damascus, after being resettled in Scotland a couple of years ago. These are just a few of the positive stories here in Scotland involving refugees from the Syrian conflict.

The unrest in Syria began in March 2011, with the first refugee camps in Turkey opening just two months later. In 2014, with an estimated 22 million people affected by the conflict (virtually half of Syria’s population), the UK government launched the Syrian Vulnerable Persons Resettlement Scheme. The scheme is a fast-track programme intended to efficiently identify the most vulnerable Syrian refugees and bring them to live in the UK. It is targeted at “those in the greatest need, including people requiring urgent medical treatment, survivors of violence and torture and women and children at risk”.

In September 2015, then-PM David Cameron announced the government’s intention to expand the scheme from the few hundred so far brought to the UK to resettling a total of 20,000 Syrians by 2020, with councils taking the lead in planning and delivering the scheme.

In practice, the identification of the “most vulnerable” is delegated to the UN refugee agency, which then makes referrals to the Home Office. The Home Office considers all referrals and matches refugees to appropriate accommodation. The relocation of those chosen for the UK is undertaken by the International Organisation for Migration.

Upon arrival, refugees are met at the airport by support workers from the relevant council. These support workers organise an initial reception and transport the Syrians to allocated properties where they are to be accommodated. Once they are settled, council workers continue to provide support, ensuring refugees are taught English before helping them into employment.

Council are under no obligation to accept Syrian refugees. If they do agree to assist, the costs are covered by the government in absolute for the first year. The Syrian intake to the UK was promised to be an “equitable distribution”, although in practice this has panned out quite differently. It has been estimated that Scotland alone has taken four times as many Syrian refugees as Greater London.

Be that as it may, the Independent Chief Inspector of Borders and Immigration reported last month that resettlement of over half the target 20,000 refugees had been reached by the end of 2017 and praised the Home Office’s running of an “essentially effective” scheme.

That is not to say that the scheme is perfect. When first launched, each Syrian arriving in the UK was granted humanitarian protection status, rather than refugee status. It may seem, at least to the non-lawyer, irrational for those fleeing a war-torn country and resettled in another to be considered anything other than a “refugee”. This is not necessarily true in law, as Colin Yeo explains in a post earlier this week: “in casual conversation or in the media the word ‘refugee’ is often used to refer to people fleeing civil war, disaster, famine or conflict. There is nothing wrong with calling them refugees, but they do not necessarily meet the legal definition of a refugee in the Refugee Convention”.

Although legally distinct, in practical terms the difference between humanitarian protection status and refugee status is almost without distinction for those who are granted it. The chief difference is the ability to apply for a Refugee Convention travel document.

And ultimately the Home Office changed its mind: as of 1 July 2017, all those admitted to the UK under the Syrian resettlement scheme are granted immediate refugee status. This leaves earlier arrivals without appropriate status, though. I and my colleagues at McGill & Co have been assisting Syrian refugees resettled in Edinburgh with applications to upgrade their status and obtain travel documents.

Where there’s a will, there’s a Home Office caseworker

It is not uncommon for the Home Office to receive thunderous criticism for its (mis)handling of cases. There is however a marked difference in their treatment of applications by Syrian refugees compared with all other applications and work. The model is efficient in what it sets out to do. This is clear from both the Chief Inspector’s review and from my own experience.

In each case I have assisted in, the Home Office caseworkers have been accessible, flexible, and most of all, prompt. Processing time for applications is often a matter of weeks, rather than the best part of a year. If an applicant lacks the required funds to pay for their travel document the application is held whilst a payment slip is sent to our office requesting the remaining fee. When I come across an issue that I do not have the answer to, as is common with a new system, I have a direct line to a caseworker at the Home Office. If the caseworker is uncertain, contact will be made with another government department to get an answer, something that is largely unheard of in other dealings with the Home Office.

Critics may have a point in noting the relatively small number of people to whom the UK is offering resettlement (20,000 out of 5.6 million registered Syrian refugees). But the resettlement scheme puts one thing beyond doubt: any belief that the UK cannot efficiently help those in need is demonstrably untrue. Where there is a will to help those in need of international protection, the Home Office has proved that it is up to the job.

James Ritchie is a trainee solicitor at McGill & Co. James presently assists with matters relating to international investors, entrepreneurs, and Licence sponsorship for overseas talent. In addition, he supports the team in a variety of client applications in particular work for those resettled from Syria under the Vulnerable Persons Resettlement Scheme. James’ interests lie in refugee law, with a particular interest in human rights. He also has a keen interest in maritime immigration law.