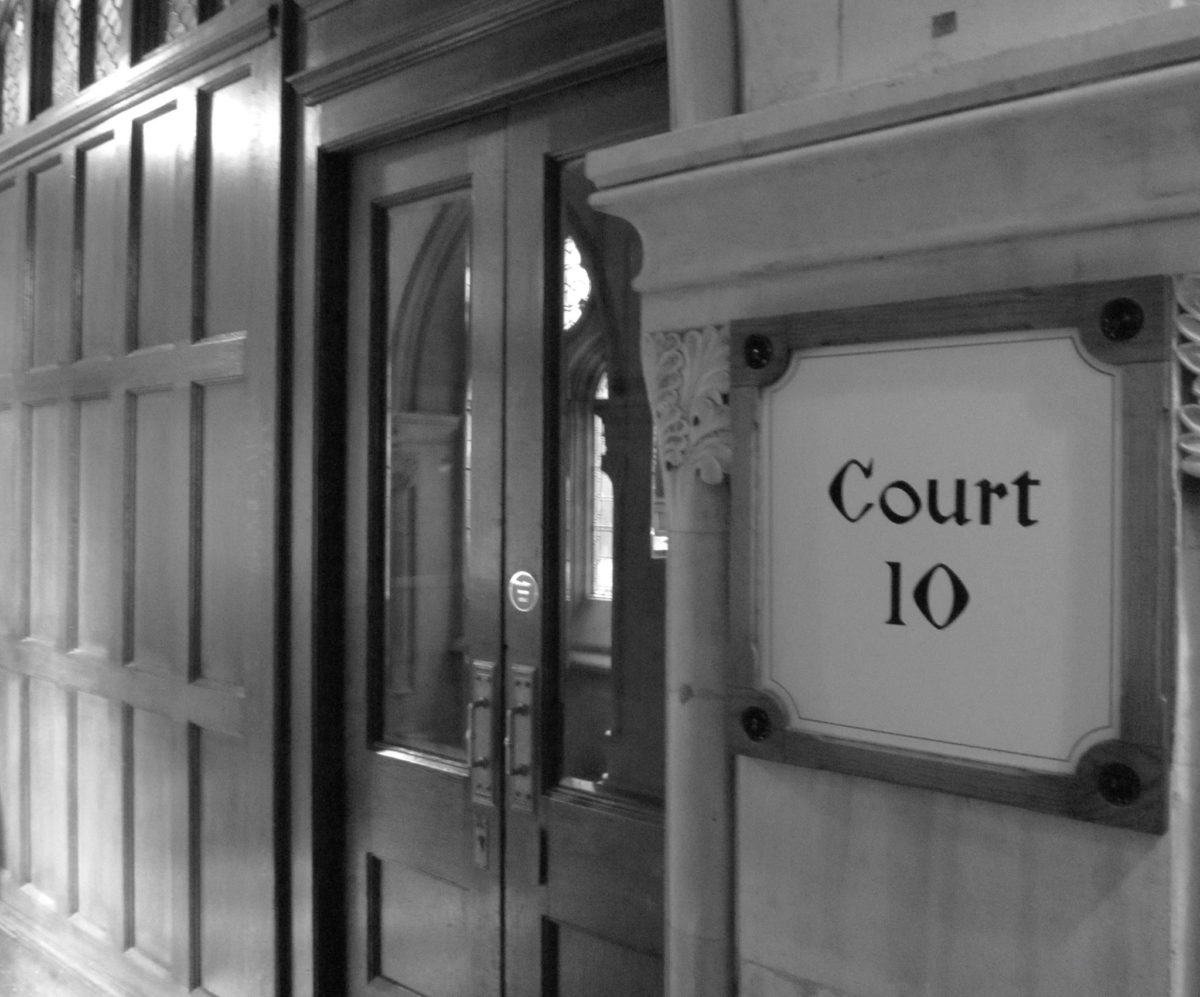 Court of Appeal stomps on human rights appeals for visitors

In three notionally separate but transparently linked judgments the Court of Appeal last year stomped all over the idea of visitors to the UK being able to appeal visa refusals on human rights grounds. The judgments not only severely curtail the possibility of human rights appeals in visit cases but also, because the statutory right of appeal in general later followed the lead set by visit appeals, have wider implications for all immigration appeals.

Appeals to the Supreme Court are being investigated in all three cases, we understand.

The three cases are, in the order in which they eventually appeared:

In the first case the appellant was unrepresented, which ought in theory to reduce its precedent value. Not so, it seems, as we see below. To make the imbalance even more pronounced, the Court of Appeal heard from no-one on behalf of the migrant or his family but the Home Office was represented by a silk, Lisa Giovannetti QC. In some cases where one party is unrepresented or the court fears that important arguments will not be heard by the court, an amicus curiae is appointed. None appeared here.

How the order of the cases is decided by the court clerks or judges is, as always, unclear. But the sequencing seems extraordinary in this instance.

In the first case, Abbas, the appellant was a Pakistani national aged 33 who lived with his wife and three small children in Pakistan. He wanted to visit the UK with his family to see an uncle and grandmother who live here. The grandmother could not travel to Pakistan — and probably wasn’t great at using Skype — so the only realistic way for personal contact to occur was for Mr Abbas to travel to the UK.

He applied for a visit visa but the application was rejected, despite his previous records of visiting and returning from the UK. There had been a previous allegation that he had relied on a false document, an allegation he strongly denied. He appealed to the First-tier Tribunal and the appeal was allowed on human rights grounds.

The First-tier judge does not appear to have followed the Mostafa (Article 8 in entry clearance) [2015] UKUT 112 (IAC) approach, which is to ask

(1) whether human rights were engaged and then only if so

(2) whether the appeal should succeed according to the standards of the Immigration Rules.

Instead the judge ignored the Immigration Rules and treated the case as a free-standing human rights assessment exercise.

Accordingly, the Court of Appeal defined the issue in the appeal thus:

To what extent does the state have a positive obligation on grounds of private life (where no relevant family life exists) to grant entry clearance for an adult to visit an elderly relative located in the United Kingdom?

It seemed to suit the Secretary of State very well for the issue to be framed as a pure human rights one in this way. This is because the answer to the question is an obvious “no”; of course there is no obligation, other than in exceptional circumstances, to allow a person to visit if the Immigration Rules are not satisfied.

The real issue was actually whether there was a right of appeal at all and, if so, whether it should be allowed, applying the standards of the Immigration Rules, following the Mostafa approach. Because the appellant was not represented this is not a point that could be made to the court.

Indeed, the case of Mostafa was not even cited by the court, which is really rather surprising. It was the leading Upper Tribunal case on the subject. I am told it was specifically cited in the Secretary of State’s skeleton argument and included in the authorities bundle. The appellant was unrepresented. Perhaps this oversight by the court was because the appellant was unrepresented.

In any event, the Court of Appeal concluded — unsurprisingly given the way the issue was framed — that Article 8 cannot give rise to a right of entry on the basis of seeking to develop private life. In doing so, the court showed no awareness of the importance of visits for maintaining family links across borders in the modern world. Perhaps that was never put to the court because the appellant was unrepresented.

This begs the question of why, then, Parliament legislated as it did for a right of appeal on human rights grounds against refusal of visit visas.

The court, adopting unquestioningly the analysis of the Secretary of State, clearly took the view that to allow the appeal would herald a stampede of applications and appeals outside the visitor Immigration Rules all relying on Article 8, thereby blowing a great big hole in UK immigration control.

Actually, had the appeal been allowed, the effect would have been to say that some applicants for visit visas with a sufficiently close nexus to family or friends in the UK would be entitled to a review of their refusal based on an appeal on the merits of the application rather than an application for judicial review based merely on lawfulness. The appeals of those who did not meet the rules would be dismissed but those who had wrongly been judged by an Entry Clearance Officer would be allowed. But that point was never put to the court because the appellant was unrepresented.

And when these points were put to the court in subsequent cases, it seems it was too late. The precedent was already set.

In Kopoi, the appellant was a young woman and a citizen of Sierra Leone. She wanted to visit extended family members in the UK, one of whom was a barrister. The family in the UK wanted her to visit to help their children maintain family links to Sierra Leone. The visit was refused on the basis that the applicant might overstay her visa if admitted; there was no “intention to leave”, in immigration parlance.

An appeal against the decision was pursued and succeeded at the First-tier Tribunal on the basis that the Immigration Rules were satisfied. The Entry Clearance Officer appealed to the Upper Tribunal on the new basis that there was no right of appeal in the first place because there were no human rights engaged on the facts of the case.

The applicant succeeded again in the Upper Tribunal on the basis that there was a family life between the applicant and the sponsors. Nevertheless, the Entry Clearance Officer appealed again.

The Court of Appeal reversed the decisions of the lower tribunals and allowed the Entry Clearance Officer’s appeal on the basis that there was no family life established, no right to develop one across borders and therefore the tribunal should have found there was no right of appeal in the first place.

The Court of Appeal makes no reference to private life, despite it being argued.

Onuorah: worst of both worlds

The last of the three cases is Onuorah, in which the lead judgment is given by Lord Justice Singh — his first in the Court of Appeal, I think. In a twist of fate, Rabinder Singh was once, between 2000 and 2002, the Independent Monitor for Entry Clearance with a specific remit to review visit visa refusals at a time when the government of the day had removed rights of appeal in visit cases.

Because of his previous work on this, Singh LJ must surely be one of the people most keenly aware of the value and importance of family visits.

In Onuorah, Singh LJ fills in the gaps in the reasoning and approach of the previous panels of the Court of Appeal in the earlier cases. He considers himself bound by authority but his rigorous analytical mind goes further than the previous judgments and, unfortunately for those putative visitors who would wish to rely on a merits based appeal, remedies their shortcomings.

Whether this would have been the outcome had the precedents of Abbas and Kopoi not been set is unknown. Perhaps not.

The case involved the Nigerian sister of a naturalised British citizen who wanted to visit him in the UK. She was married in Nigeria and was employed — so how on earth the ECO could conclude she had no intention to leave the UK at the end of her visit is something of a mystery. Indeed, in common with the earlier two cases, judges of the First-tier and Upper Tribunals allowed the appeal on the facts, finding that she was a genuine visitor, as seems almost inevitable to any rational decision-maker on the facts of the case. Only an Entry Clearance Officer would refuse such a case.

The racial nature of immigration control often hides in plain sight; in this case there is no hiding.

Criticisms of the approach of the Court of Appeal

We have already seen that in Abbas the applicant was unrepresented and the Court of Appeal made no reference to the leading tribunal case of Mostafa. The Court of Appeal seemed to think the applicant sought entry on the basis of Article 8 private life standing alone, without any regard to the requirements of the Immigration Rules. It is no surprise, then, that the appeal was rejected given the way in which it was framed.

The same approach was adopted by the Court of Appeal in Kopoi. At paragraph 16 Sales LJ holds that there was no family life. No reference is made to private life, unfortunately, despite it being argued before the court. Sales LJ then goes on, unnecessarily, to find that there is no obligation under Article 8 to admit the applicant. Again, if that is the question, the answer is no surprise because the court seems to conceive of the case as suggesting that applicants can enter irrespective of the requirements of the Immigration Rules.

It is arguable that the real question before the court in both cases were whether there was a right of appeal and then, if so, whether, having regard to the Immigration Rules on visitors, whether that appeal should be allowed. The question of whether human rights are engaged is about remedy: is there a right of appeal on merits or just the residual possibility of an application for judicial review on lawfulness?

That is rather a different way of looking at the cases. It does not require any hole to be blown in immigration control, any free-standing right of admission based on human rights alone and it respects the scheme of the Immigration Rules, which will determine the outcome of basically all cases.

The judgments can also be criticised on two further grounds.

Firstly, it is arguable that family life is engaged in situations of family visits even between more extended family members. Modern cross border families simply cannot function or exist in any meaningful way without face to face contact, which requires a visit visa. States must respect that right for family life to exist and develop. This is not to say that the Immigration Rules should be disregarded, just that family life is engaged and there would therefore be a merits-based right of appeal.

If we hear more about the progress or otherwise of applications for permission to appeal to the Supreme Court we will keep readers posted.