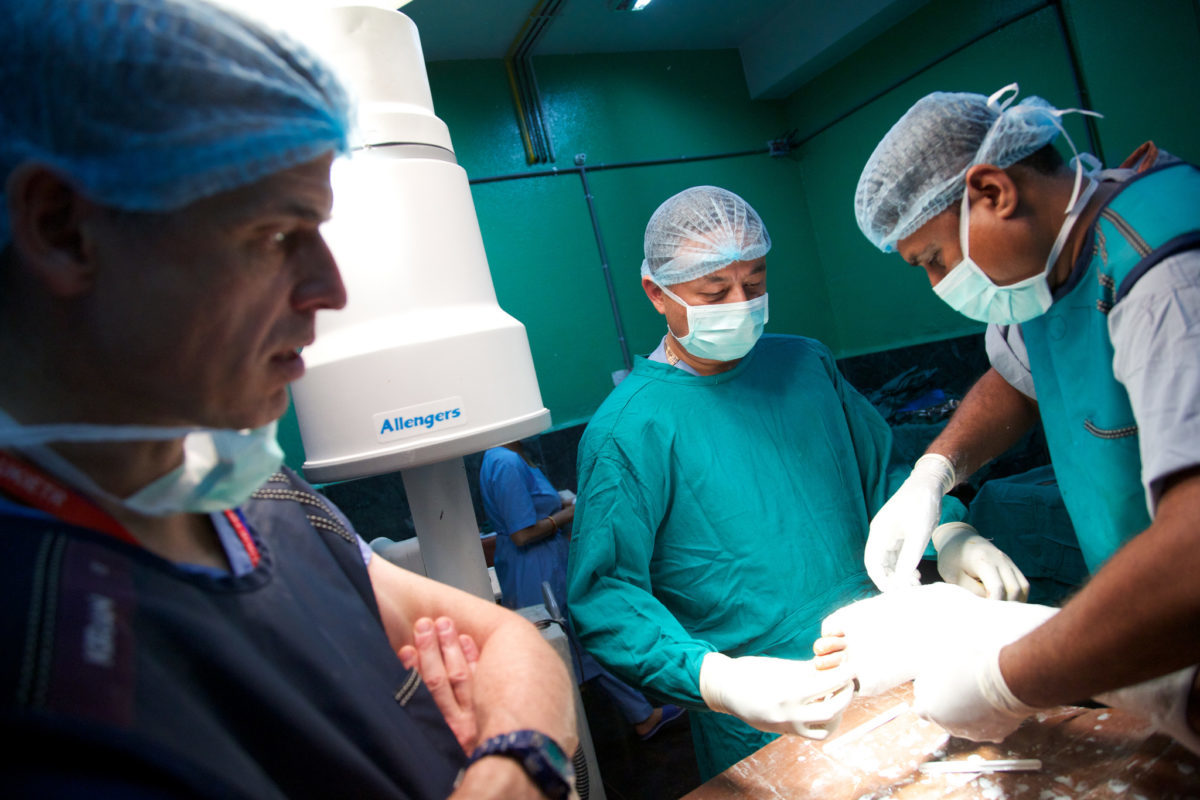 Add to favorites
Hubs / Points Based System / Why doctors are being kicked o ...

In the midst of an “NHS crisis”, with two in three hospitals said to have a shortage of doctors, immigration laws appear to be making the situation worse. Last week iNews reported that dozens of medics with offers to work in the NHS had their visa applications refused. Even more strikingly, the Birmingham Mail and Daily Mail highlighted the story of Dr Syed Kazmi, who works at Birmingham’s Queen Elizabeth Hospital and is apparently due to be removed from the UK by the end of the week.

Just spoke to family voluntary departures team of home office. They offered air tickets and i couldn't stop myself from reminding them that this is tax payers money for good use. Really odd that so much money is spent for this but not for nhs. #SaveNHS

The few precise facts available on the web make it difficult to pin-point why exactly Dr Kazmi is been asked to leave. It seems to be because he has spent the maximum five years on a Tier 1 (General) visa and has been refused Indefinite Leave to Remain, which would have allowed him to settle permanently.

My guess from the phrase “The 38-year-old had his visa renewal rejected last month over an HMRC tax issue related to a failed business venture in 2011” is that Dr Kazmi is one of the many people in this position who have been refused because of discrepancies between immigration applications made to the Home Office and tax information given to HMRC.

The Tier 1 (General) category was closed for entry clearance applications from outside the UK on 23 December 2010, and for most applications within the UK on 6 April 2011. Applicants may only apply for Indefinite Leave to Remain on this route until 6 April 2018, so anyone eligible should make an application before then.

The rules for Indefinite Leave to Remain in this category are found at paragraph 245CD of the Immigration Rules (and must be read in conjunction with Appendix A of the Rules). Generally speaking, applicants must show that:

There are exceptions and differences in the Rules depending on the applicant’s immigration history which I will not cover here but should be checked by applicants or legal advisers if making an application.

Why are settlement applications being refused?

Although we will soon no longer see these applications being made, we might see more and more people refused Indefinite Leave to Remain in this category. There are two common reasons for refusing applicants: they cannot score the necessary points to qualify because it is thought that their past earnings were not “genuine”, or it is “undesirable” to let them stay in the UK because of their “conduct”, which is one of the general grounds for refusal.

Details on how to score points can be found in the Immigration Rules. Broadly speaking, applicants can claim points for:

The Home Office is refusing Indefinite Leave to Remain by deciding not to give out points for previous earnings or for UK experience.

Previous earnings refers to having earned a minimum amount in any consecutive period of up to 12 calendar months within the 15 months immediately before the date of the application. For example, if an applicant submits their application on 1 January 2018, they must find a 12-month period since 2 October 2016 when they earned more than the minimum amount required.

Paragraph (iv) seems to be the most used. I have seen refusals using other paragraphs, but still on the basis that, for example, the earnings declared in the application to the Home Office do not “make sense” compared to those declared to HMRC.

Now these refusals typically arise when applicants have previously relied on income from self-employment. Anyone familiar with accountancy and self-employment will know that earnings fluctuate and that they can be lawfully declared “tax efficiently”. The financial year runs from 6 April to 5 April, which will often be different to the 12-month period selected to show earnings to the Home Office.

In applications under Appendix FM, the Home Office avoids any discrepancy between what is declared to it and what is declared to HMRC by asking applicants to submit evidence of their earnings for their latest financial year. But not in the process we’re talking about. Where applicants are free to choose any 12-month period, their earnings might widely differ from the earnings in the financial year.

In the same spirit, I might know that I have earned £30,000 between 1 March 2016 and 28 February 2017, which I declare to the Home Office, but when it comes to submitting my tax return after 5 April 2017, I am advised by an accountant that I can pay taxes on £20,000 only (I will not venture to give examples of when that would work because I am no tax expert!). Again, that would be seen negatively by the Home Office in the application for Indefinite Leave to Remain, and used as a reason to dispute the genuineness of the earnings.

This is not to say that all applicants who have been refused were honest in their dealings with the Home Office, but some surely were!

More importantly, some refusals seem to be simply wrong in law, when past earnings which are disputed have nothing to do with the earnings relied on by the applicant in the application for Indefinite Leave to Remain. The Rules simply say that one must score points for earnings in the 15 months prior to the application. The only way not to give points for those earnings is if it is found that they are linked to earnings from previous years.

If instead current earnings come, for example, from employment, it is difficult to justify a decision to dispute those on the basis of past self-employment earnings, but we have seen that happening.

The Home Office also contrives to refuse applicants using the General grounds for refusal, and in particular paragraph 322(5) of the Rules. That paragraph seems to be a catch-all provision, in that it says that an application for leave to remain should normally be refused where

the undesirability of permitting the person concerned to remain in the United Kingdom in the light of his conduct (including convictions which do not fall within paragraph 322(1C), character or associations or the fact that he represents a threat to national security.

I have seen refusals where the fact that there had been a discrepancy in the earnings declared to HMRC compared to those declared in a previous application to the Home Office was found to be evidence of “bad character” making it “undesirable” to permit the applicant to remain in the UK.

Is this another ETS-style saga?

Regular readers will remember the ETS saga, where many were accused of cheating in English language tests administered by the company Educational Testing Services, and had their leave revoked or future applications refused on that basis. Parts of how this was handled by the Home Office have been found unlawful.

I suspect we will soon see a challenge (and please let me know if it is already out there) to the practice of the Home Office to refuse applicants for Indefinite Leave to Remain following five years on Tier 1 (General), which seems to be widespread (and systematic?). The timing and number of refusals on this basis certainly seems to indicate that caseworkers might have been instructed to look for discrepancies and refuse on that basis.

I have personally seen four, and I work at a firm which deals with relatively fewer Tier 1 applications. I am sure there are many more around, and I suspect this is why Dr Kazmi is currently experiencing difficulties with his immigration status.

I can think of a few grounds to challenge the practice, in particular:

What to do in the meantime

Those who have not yet applied for Indefinite Leave to Remain after five years on a Tier 1 (General) visa should ensure that any earnings they previously declared to the Home Office can be explained and justified, even when there are discrepancies with earnings declared to HMRC. It is probably a good idea with strong cases to submit evidence up front and preempt a refusal.

Applicants may be asked to attend interviews after they have sent their applications. They might want to attend with a legal representative who can take notes on what was said and generally discourage any potentially harmful line of questioning by their mere presence in the room.

If applicants know that they will not be able to justify their earnings, and they have a good application to remain in the UK on another basis, they might decide to apply on that basis instead. They should be aware that they could still be refused on the general grounds of refusal above.

Taking into account that the remedy to an application of this type is an administrative review only, applicants may also want to make human rights arguments with their application to try to secure a right of appeal.

For those who already have a refusal, they will most likely have been given a right to administrative review only. Those often seem to confirm that the initial decision was taken correctly. If still on time (for example because fewer than 14 days have passed since the administrative review), applicants might want to try to submit a human rights application and also have a right of appeal.