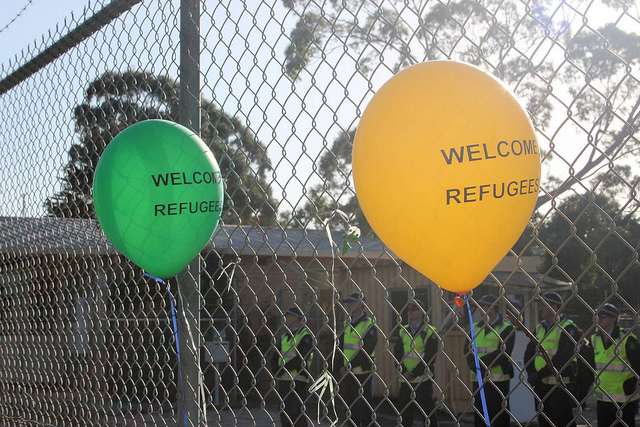 The Court of Session in Scotland and the High Court in England and Wales have both ruled that newly recognised refugees have a right to claim backdated child tax credit. The cases are Adnan, Petitioners [2021] CSOH 63 and R (DK) v Her Majesty’s Revenue and Customs [2021] EWHC 1845 (Admin).

I’ll look at both cases but latterly focus on the English decision since that was the most recent judgment and considered some new arguments which were not raised in the Scottish proceedings. Unusually, I’ll skip the facts because these cases were purely about the law.

The essence of both cases is that a refugee can claim backdated child tax credit so long as:

Let’s break this down. Refugee status is a declaratory status. To give an example, a British person is still British even though they may not have a passport. A refugee is still a refugee even if they haven’t been officially recognised as such yet. The rationale for backdating child tax credit is that a refugee has, in effect, been a refugee all along.

This translates into treating an application for backdated tax credit as having been made on the same day that the asylum claim was submitted. That was permitted under the Tax Credits (Immigration) Regulations 2003 (SI 2003 No. 653), so long as the claim was made within one month of being granted refugee status.

The reason the date of 31 January 2019 is so important is that it marked the end of the child tax credit system. It was replaced by Universal Credit on 1 February 2019 under the Welfare Reform Act 2012. Ordinarily, that meant that no new applications could be made for child tax credits. Article 7 of the Welfare Reform Act 2012 (Commencement No. 32 and Savings and Transitional Provisions) Order 2015 (SI 2015 No. 634 (C. 32)) did not permit a claim to be made for “tax credits… on any date” when Universal Credit was available.

The dispute was therefore whether, as Lord Tyre put it in the Scottish case,

the terms of article 7(1) [of the 2015 Order] entirely exclude the possibility of a claim being made under… the 2003 Regulations to which… backdating… is capable of applying.

The claimants argued that the saving provisions did not take away a refugee’s right to claim backdated tax credit. The 2015 Order did not refer expressly to the 2003 Regulations when it gave the general prohibition on making a new claim for tax credit. At the time the claimants made their asylum applications and at the date of decision, it was not possible for them to apply for Universal Credit (which cannot be backdated).

HMRC’s simple argument was that any transition to a new system would inevitably mean that some people would have different entitlements than they might otherwise have had. They argued that after 1 February 2019, the effect of the 2015 Order was no application for child tax credit could be made.

What did the courts conclude?

In the Scottish case, Lord Tyre said that:

I regard it as significant that Parliament has seen fit, in article 7(8)(b) of the [2015 order], expressly to exclude the backdating provision in regulation 7 of the 2002 Regulations (applicable to tax credit claimants generally) but has made no mention of… the 2003 Regulations. In technical provisions of such complexity, this cannot in my view be dismissed as a “lacuna”. It is rather an indication that Parliament has not sought, in the transitional provisions for the introduction of Universal Credit, to amend the special rules relating to claims for tax credits by asylum seekers, and in particular has not sought to interfere with the scheme in the 2003 Regulations whereby persons seeking asylum as refugees were excluded from entitlement to certain credits unless and until their refugee status was confirmed, at which time a backdated claim could be made.

This was accepted by Mr Justice Bourne in the High Court of England and Wales. He noted that whilst the Scottish decision was not binding upon him, Lord Tyre’s judgment:

obviously commands considerable respect. Indeed, in areas such as revenue and taxation, the English courts “endeavour to keep in line with the courts of Scotland”.

In the English/Welsh case, the claimants made two further arguments:

In support of the human rights argument, it was argued that barring refugees from making a claim in respect of an earlier period which for Universal Credit could not be claimed was unjustified. However, the judge found that the claimant was unable to show that the differential treatment was “manifestly without reasonable foundation”. The evidence from the Department for Work and Pensions showed that there were policy reasons for the government’s decision on how to allocate resources.

In deciding the second point, although the court was critical of the lack of data, there was no evidence since the introduction of Universal Credit that there was a disproportionate negative impact on asylum seekers. In addition, Bourne J said it was “simply too late” to challenge the 2015 order since it has been introduced six years ago.

As might be obvious, these issues were difficult and the High Court granted HMRC permission to appeal. Permission to appeal is not required in the same circumstances in Scotland and I understand that HMRC has lodged a reclaiming motion (appeal) with the Inner House of the Court of Session. But the fact that two judges north and south of the border have now found against the government makes it that much harder for HMRC to overturn this on appeal.

Ultimately, both of these decisions are likely to result in a decent payout for newly recognised refugees. It is important in such cases that a claim for backdated tax credits is made as soon as refugee status has been granted and certainly within one month. Those who have been wrongly refused in the past would be well advised to seek immediate reconsiderations; failing which, to lodge late appeals to the tribunal relying upon these decisions.

Download the court order in the English case here.