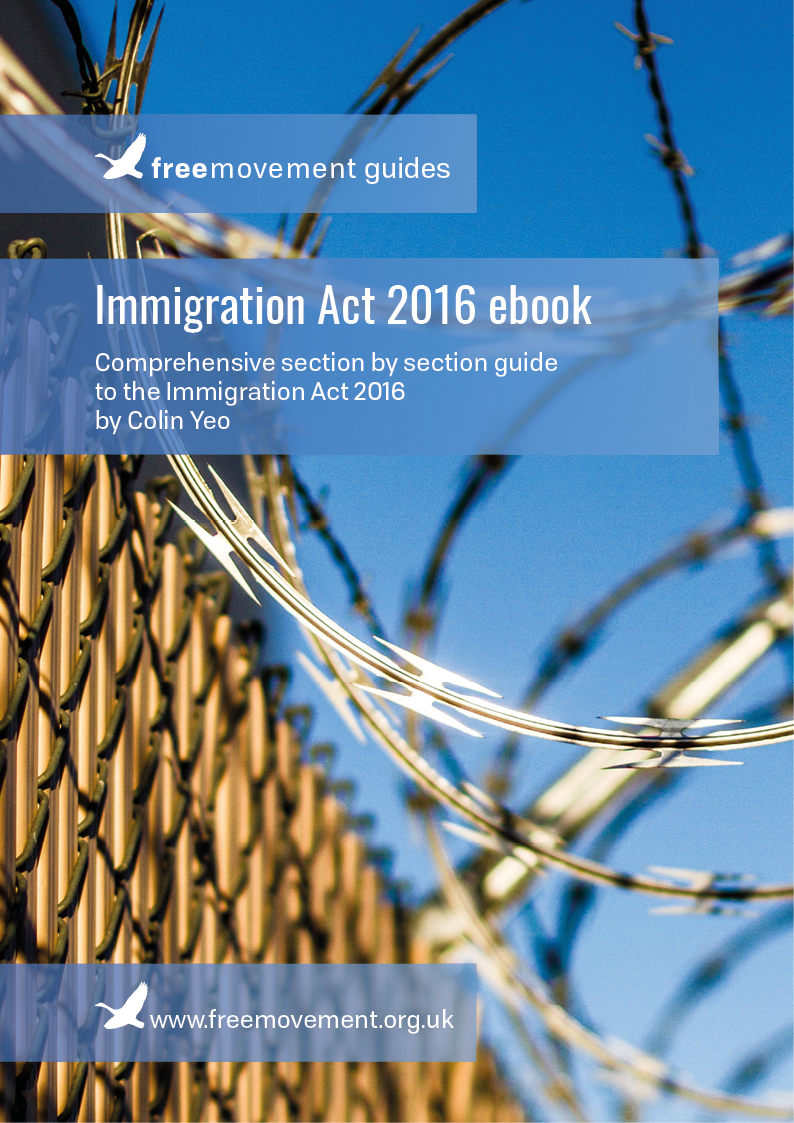 This ebook runs through the 2016 Act section by section, providing an explanation of the changes made, setting out amended versions of relevant legal provisions and providing examples of how new provisions might work in practice.

Meanwhile, immigration officers have increasingly wide police-like powers, but with less training, less experience and with no tradition of policing by consent underpinning their work.

The Act can be seen as a trend towards what might be termed coercive justice. The powers that are conferred on immigration officials are discretionary and draconian and it would be impossible for them to be enforced equally against all, irrespective of class, gender and race. Instead, the powers should be seen as additions to the toolbox available to immigration officials when they encounter a person considered undesirable. It will be the young, the black, the male and the working class who are more likely to find themselves on the receiving end of this “justice”. That is not to say that others are unaffected, just that certain groups are disproportionately affected.