EU law is unequal for unmarried victims of domestic violence

The Immigration (EEA) Regulations 2006, Regulation 10(5)(d)(iv) provides for the continued right of residence of family members of EEA nationals exercising Treaty rights in the UK whose relationships have ended due to domestic violence, whilst it does not afford the same right of continued residence to unmarried partners of EEA nationals whose relationships have also ended because of domestic violence.

However, whilst Article 13(2)(c) of the Directive provides for the retained rights of residence of the spouse or civil partner of an EEA national who has been a victim of domestic violence which is implemented by Regulation 10(5)(d)(iv), it does not make similar provisions for the rights of durable partners of EEA nationals. Directive 2004/38 is silent as to the continued rights of residence of unmarried partners whose relationships end due to domestic violence.

By contrast the UK immigration rules, which apply to migrants in the UK other than those who are exercising EU free movement rights, provide at Rule 289A that foreign nationals who are residing in the UK as the unmarried partners of British citizens or settled persons may retain a right of residence if their relationships break down due to domestic violence.

This disparity in treatment between the two groups of unmarried partners violates the EU law principles of equal treatment and proportionality, as well as violating the fundamental rights of the unmarried durable partners of EEA nationals who have been victims of domestic violence.

In its decision in State of the Netherlands v Ann Florence Reed [1986] EUECJ R-59/85 (17 April 1986), the European Court of Justice (now the Court of justice of the European Union) found that an EU member state

which permits the unmarried companions of its nationals, who are not themselves nationals of that member state, to reside freely in its territory cannot refuse to grant the same advantage to migrant workers who are nationals of other Member States.

Therefore, if unmarried partners of British nationals who have suffered domestic violence are allowed to retain their residence rights, the same advantage should also be afforded to the durable partners of EEA nationals in a similar situation.

The Home Office’s current policy of not allowing the same rights to durable partners of EEA nationals – who survived domestic violence – is therefore, inconsistent with the judgement of Netherlands v Reed. Furthermore, this legal lacuna also runs contrary to the EU principle of free movement of worker within the EU, as the partners of those EEA workers may refrain from accompanying their partners to other Member states in fear of lack of legal protection.

Therefore, the Home Office’s unfavourable treatment of durable partners of EEA nationals in comparison to unmarried partners of British nationals falls foul of the established EU law principles of equal treatment and non-discrimination on the basis of nationality.

The principle of proportionality is one of the most foundational of the EU’s legal order and is articulated in Article 52 of the Charter of Fundamental Rights of the European Union which states:

The principle of proportionality binds the EU institutions when they are creating and enforcing EU free movement rights, and also binds Member States such as the UK when they are implementing such rights. This means that the UK cannot apply either the Directive or the Regulations to the durable partner of an EEA national in a manner that is disproportionate to the legitimate objective of the European Union. This stricture is applied even where the UK enjoys some degree of discretion provided under EU law as established in Zalewska v Department for Social Development [2008] UKHL 67.

An interpretation of the Directive or the Regulations that fails to acknowledge retained residence rights for domestic violence survivors who have been in recognised durable partnership with EEA nationals, whilst affording the same rights to unmarried partners of British nationals, is plainly arbitrary, capricious and unfair. Therefore, the omission cannot be regarded as genuinely meeting objectives of general interest recognised by the union or the need to protect the rights and freedoms of others.

Given the acute consequences that flow from domestic violence, the omission of retained residence rights necessarily engages the operation of fundamental rights under the charter. Such rights comprise of respect for physical and mental integrity, freedom from torture and inhuman or degrading treatment, or freedom from punishment and respect for private life. In extreme cases, it may also engage the right to life.

Furthermore, the inequitable nature of this legal inconsistency may even engage Article 14 ECHR which, albeit not a freestanding right, may operate given the breaches of Articles 2, 3 and 8 rights of the durable EEA partners concerned, precisely because of the nationality of their partners, vis a vis, the unmarried partners of British nationals.

The absence of retained rights of residence for durable partners of EEA nationals who survived domestic violence violates the principles of equal treatment, proportionality, as well as violating their fundamental rights. 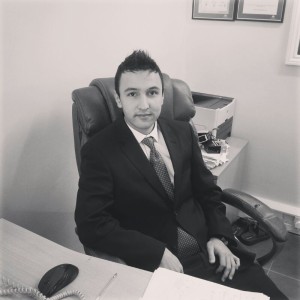 I am an immigration practitioner and founder member and Vice-chair of International Association of Afghan Lawyers. I have an LLB (London), BPTC (College of Law), and LLM Masters (UCL).