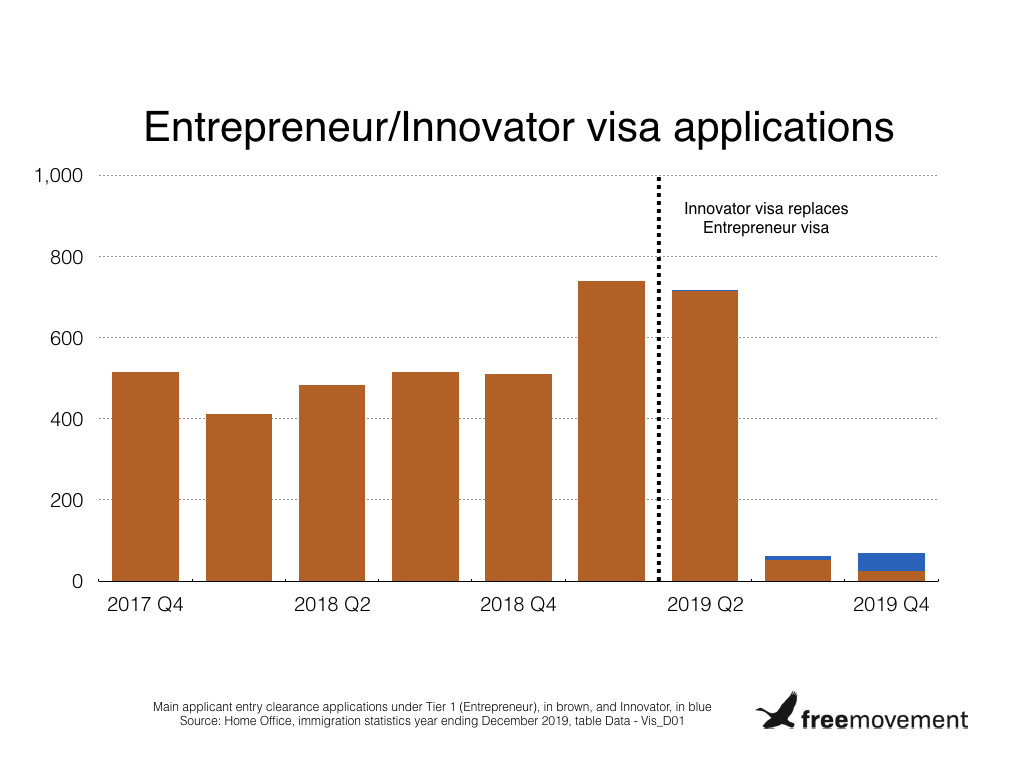 Check out this hilarious bit of spin in the Home Office’s “factsheet” on yesterday’s immigration statistics:

The majority of these (59%) were to entrepreneurs, coming to start businesses in the UK

That’s right: the Home Office is lauding the success of a visa that it abolished in March 2019. Most of the 3,342 Tier 1 (Entrepreneur) visas issued in 2019 came after the route closed to new applicants, the result of applications filed before 29 March 2019 still making their way through the system.

The direct replacement for Tier 1 (Entrepreneur) was the Innovator visa. It was, by the Home Office’s own admission, designed to reduce the number of overseas entrepreneurs getting UK visas. In that noble aim the department has admirably succeeded: the chart below shows how the combined number of entrepreneur-type visa applications has fallen off a cliff after Innovator (in blue) replaced Entrepreneur (in brown).