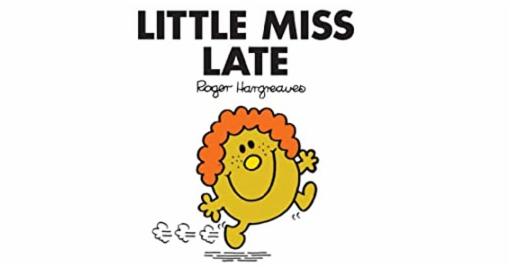 Home Office targets for handling complaints within 20 working days are “routinely missed”, according to a report published today by the immigration inspector, David Bolt. Mr Bolt also says that the department has failed to keep up improvements in this area made between 2015 and 2017 and needs to go back to square one.

The inspection was actually carried out between February and May 2019, and the report sent to the Home Office on 4 July 2019. The department’s permission to publish it has been withheld until now, meaning that the report’s findings are now a full year old.

Many of the problems that it identifies are older still. The inspector “identified a number of process improvements” in a 2015 report on complaints handling, while a 2017 re-inspection reckoned there was “a good deal more work to do”.

This third inspection finds that things have actually gone backwards:

the earlier process improvements had not led to a sustained improvement in performance. Consequently, each area now need[s] to revisit the original recommendations, take stock, and determine how it [i]s going to raise and sustain its performance.

In particular, the report found that the various teams which process complaints about particular Home Office functions need to get the finger out (sorry, “improve the timeliness and quality of its responses”). The target is for 95% of all complaints to be dealt with within 20 working days. Detention Services, Immigration Enforcement and UK Visas and Immigration did not meet that target for 18 months over 2017 and 2018. Border Force “had never met it” and doesn’t bother trying, “believing that the service standard was unachievable”. The Border Force complaints team reported being seen as “the baddies” by their colleagues on the ground.

There were also issues with the “quality checking” of responses. Inspectors found “grammatical errors, poorly constructed letters and unclear answers to the points raised”.

Concerns raised by Members of Parliament, who have their own hotline, were generally turned around within the 20-day target. But the substance of the responses was uneven, according to MPs themselves, who complained about “unhelpful” or even “wrong” advice on their constituents’ cases.

The Home Office is keen to put on the record that not that many MPs provided the inspector with feedback. A spokesperson told Free Movement: “Only 11 MPs responded to the ICIBI’s call for evidence which limits the conclusions that can be drawn from the report however we take complaints seriously”.

As well they might: poor complaints handling is not just a matter of migrants griping. Ticking time bombs that might be diffused instead blow up in the department’s face. One MP’s caseworker told inspectors that she had raised Windrush cases “before the issue reached the headlines” only to receive “a standard reply which failed to consider the complexities of their situation”.

Mr Bolt suggests that each complaints handling team would “benefit from taking a fresh look at its staffing levels, working practices and quality assurance measures”. He makes four recommendations, including using the 2015 report as a basis for an improvement plan for each complaints team.

The Home Office has accepted most of the latest recommendations, and told us that “at the time of the inspection, we were already in the process of reforming the complaint handling processes to improve the quality and speed of responses. And further plans for improvement are underway”.

But it rejected Mr Bolt’s call to publish a quarterly review of the lessons learned from patterns in complaints. The inspector calls this “a missed opportunity to demonstrate that it is serious about making the cultural shift, towards greater openness, less defensiveness, and a willingness to engage and listen” called for in the Windrush Lessons Learned Review.

This article has been updated to include a statement from the Home Office.