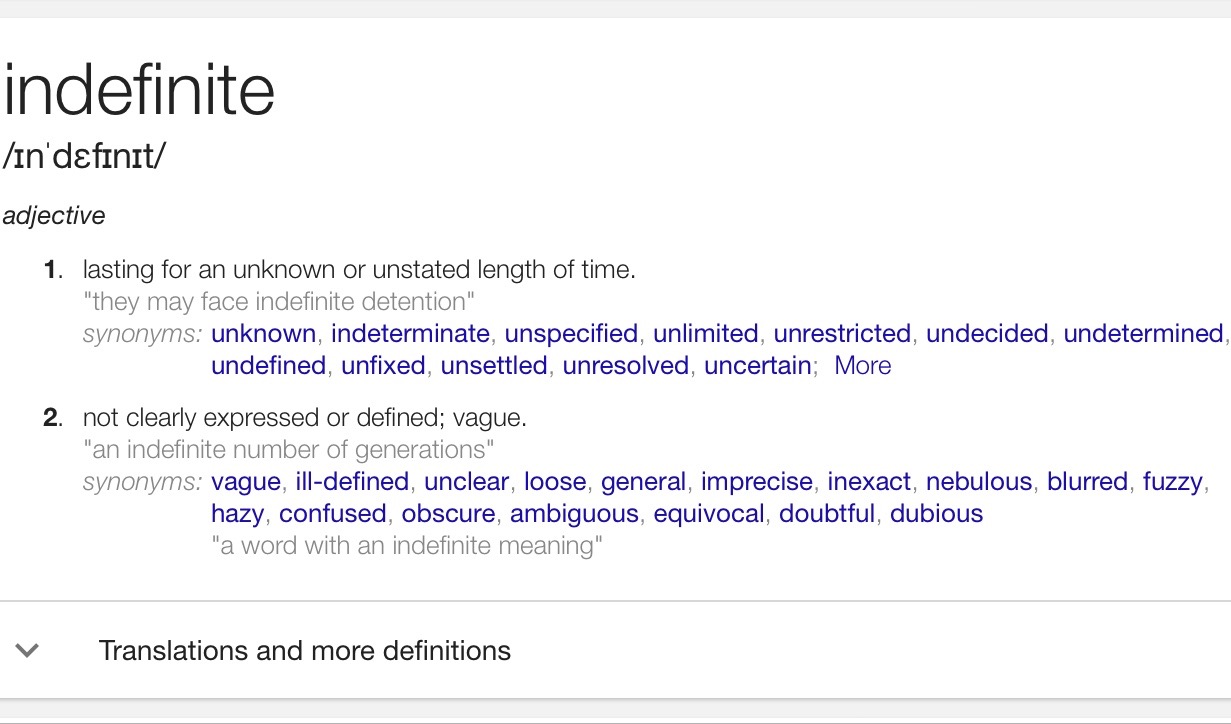 Asked on 21 November about any link between people being kept in indefinite immigration detention and those same people using drugs, Home Office minister Brandon Lewis replied:

We don’t have indefinite detention, so…

It was an assertion Lewis went on to repeat half a dozen times in the space of a few minutes, having said the same thing in the House of Commons the day before. On that occasion, opposition MP Dan Carden made the obvious riposte:

If someone is locked up and not given a timeframe for when they will be released, that is indefinite detention.

Only on Planet Home Office is detention for an indefinite period not considered indefinite detention.

Remarkably, Lewis’s position actually represents progress in the department’s understanding of ordinary English words. He at least conceded that there is no time limit on the period for which someone can be held in detention. This is in contrast to his predecessor as immigration minister, James Brokenshire, who said in a parliamentary debate two years ago:

There is a common misconception that detention under immigration powers is indefinite. I want to make it clear to the Committee that that is not the case. Although there is no fixed statutory time limit on the duration of detention under immigration powers, it is not the case that there is no time limit [emphasis added]. It is limited by statutory measures, the European convention on human rights, the common law, including principles set out in domestic case law, and the legal obligations arising from the Home Office’s published policy, which states:

“Detention must be used sparingly, and for the shortest period necessary.”

Brokenshire was picked up on this by Kier Starmer but stuck to his guns:

James Brokenshire: Indefinite detention implies detention that cannot be brought to an end..

No, Minister. There really is no time limit, and “indefinite” means (according to Google, Fount Of All Knowledge):

Or, if you prefer the Chambers dictionary (as I do):

1. Without clearly marked outlines or limits

2. Not clearly distinguished in character

I will be sending the minister a copy of the dictionary for Christmas.

“Alarming lack of oversight and accountability” at short-term holding facilities