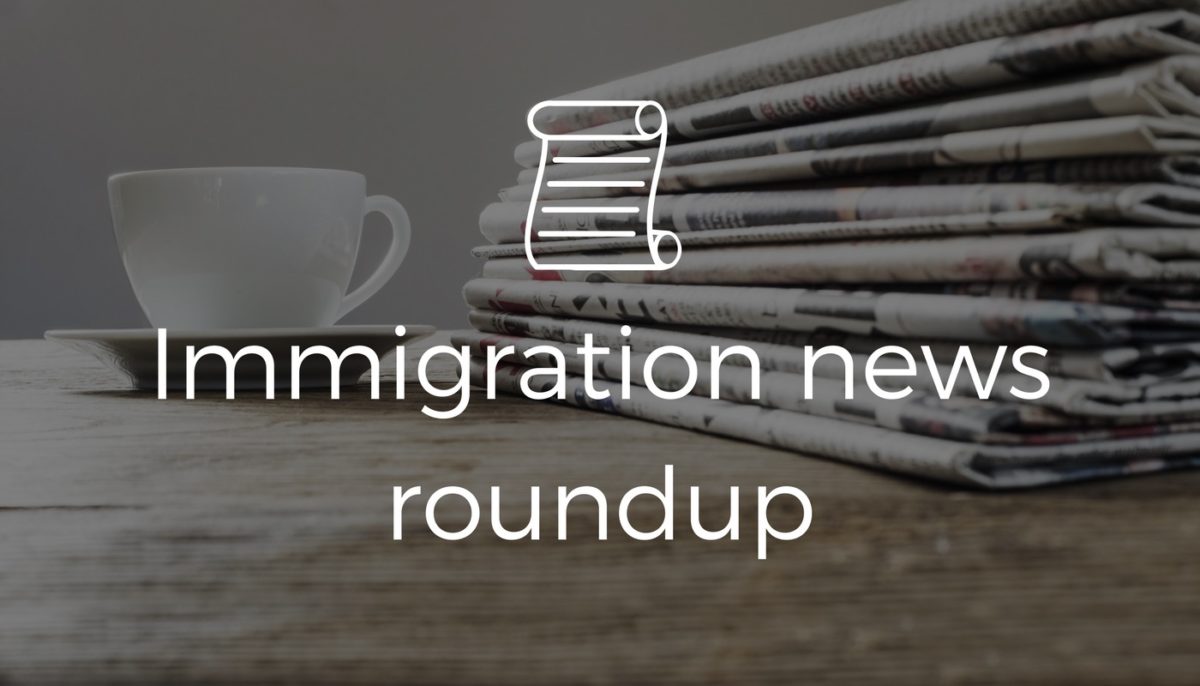 In case you missed it: immigration in the media, 2-9 March

Here’s your round-up of the immigration and asylum stories that made national headlines this week.

Leila Zadeh of the UK Lesbian & Gay Immigration Group and Paul Dillane of rights group Kaleidescope Trust are quoted in a Guardian piece covering attacks on LGBTI people in asylum accommodation. Two victims tell their story in a companion article.

Fresh controversy at the infamous detention centre as a letter threatening hunger strikers with accelerated removal came to light over the weekend. Free Movement contributor Nick Nason tells Vice that “this is extremely concerning, and there is no lawful basis to make this sort of threat”. Immigration minister Caroline Nokes defended the letter, which reflects the Home Office’s published policy on dealing with hunger strikes in detention. That policy “was agreed after consultation with NHS England, Medical Justice” and various other NGOs, Nokes said, although Medical Justice said that its input to the consultation was highly critical.

One of the Yarl’s Wood detainees “was reportedly flagged up to the Home Office and taken to the removal centre after she called the police for help” when suffering domestic violence, the Independent says.

St Mungo’s, a well-regarded charity working with homeless people, comes under fire in the Guardian for “referring eligible people to immigration enforcement [IE] for help with voluntary returns”. The more radical North East London Migrant Action accuses St Mungo’s of having “forfeited the trust of asylum seekers and other migrants who sleep rough by working with the Home Office” and says that rough sleepers should “think twice about engaging with commissioned outreach services”.

The Guardian also reports on the3million and Open Rights Group campaign against an immigration control exemption in the Data Protection Bill currently before Parliament. Solicitor Dan Carey outlines the concerns about the exemption for the New Statesman, while the Register carries a detailed report on the bill’s second reading debate. It is now in committee stage.

New Freedom of Information data shows that 494 criminals awaiting deportation absconded between January 2014 and March 2016, according to the Mail. Around 200 are still missing but the team tasked with “finding missing FNOs had only 11 staff”. (The Independent carries substantially the same story, which it credit ultimately to the Press Association.)

An account by Guardian commentator Nesrine Malik neats encapsulates many familiar complaints about the immigration system and has thousands of shares on social media. Well worth a read.

The BBC‘s Nick Robinson asks “a fundamental question – who should we let in?”, referring to post-Brexit immigration policy. Influential Tory backbencher Jacob Rees-Mogg says that he is fine with robots replacing people in the kind of low-skilled employment that EU migrants often do; the same day’s Mail also champions the rise of the machines. Better robots than Johnny Foreigner, I suppose.