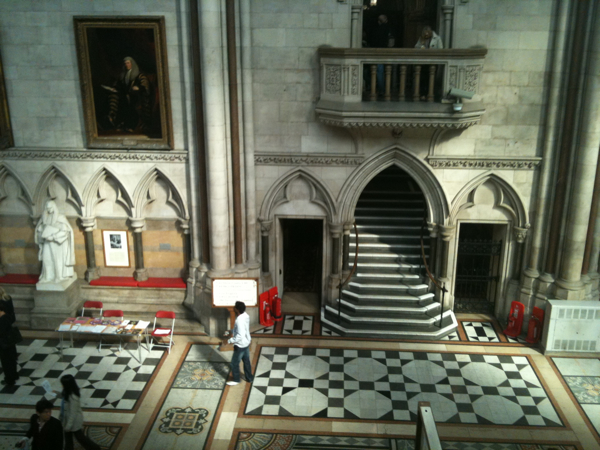 Important Court of Appeal judgment on expert evidence and “credibility”

The Court of Appeal has handed down a major judgment on the correct approach to assessing whether a person is a victim of trafficking: MN v Secretary of State for the Home Department [2020] EWCA Civ 1746. Although this was the central question in the case and huge resources were devoted to addressing it, the judgment is of much wider interest for what it says about expert evidence and so-called “credibility”.

As well as there being two appellants, the AIRE Centre and Anti-Slavery International both intervened with leading counsel. Be warned, the judgment is a very long one.

Eligibility for support as victims of trafficking

The court rejected what was perhaps the main argument of the appellants and interveners: that a claimed victim of trafficking is entitled to enhanced support once an interim “initial grounds” decision has been made even if a negative “conclusive grounds” decision was ultimately reached later on. The argument turned on whether a lower standard of proof than the civil standard applied to the question of eligibility for support. As the argument was rejected, we need not dwell on this: the outcome of the judgment is basically “no change to the status quo” on this issue.

At paragraph 102 the judgment turns to the issue of expert evidence and engages in what the court belatedly recognises over 20 paragraphs later may have been a “possibly over-elaborate discussion”. This begins with reference to the Istanbul Protocol and the Supreme Court judgment in KV (Sri Lanka) [2019] UKSC 10 on the differing grades of consistency and then turns to two different strands of case law on expert evidence in immigration cases.

The first of these flows from the case of Mibanga [2005] EWCA Civ 367. In that case a judge had made a negative assessment of credibility and then, after doing so, asked if any of the other material in the case displaced that finding. This amounted to an error of law: the correct approach is to make a holistic assessment of whether the person is telling the truth about relevant aspects of the case, taking into account all the relevant evidence in making that assessment.

The second strand of case law grapples with the role of an expert’s own assessment of the credibility of an appellant. The court cited and analysed the comments of Mr Justice Ouseley on reports by doctors and psychiatrists in HE (DRC) [2004] UKIAT 321, commenting that the conclusion reached by Ouseley J was “rather too restrictively expressed”. I still see these old and rather outdated Ouseley J comments being relied on by Presenting Officers in the tribunal today, so tribunal judges should take note. Other later cases — including HK [2006] EWCA Civ 1037, HH (Ethiopia) [2007] EWCA Civ 306, MO (Algeria) [2007] EWCA Civ 1276, R (AM) [2012] EWCA Civ 521 and SS (Sri Lanka) [2012] EWCA Civ 945 — all underline that the opinion of a doctor on credibility must be taken into account by a tribunal, although the tribunal must then make up its own mind about credibility and is not obliged to reach the same conclusion as the expert.

The true meaning of “credibility”

The court criticised the guidance given to Home Office caseworkers deciding trafficking claims for using the term “mitigating circumstances”. Not only does this inappropriately echo criminal proceedings but it encourages caseworkers to fall into the Mibanga error of considering credibility and then considering the evidence on credibility.

A useful passage then follows, which is worth quoting in full:

The term “credibility” is used a good deal in the context both of asylum appeals and of decisions whether a person is a victim of trafficking, and we have detected a tendency to treat it as having some special technical meaning. But in truth it connotes no more than whether the applicant’s account is to be believed. In making that assessment the decision-maker will have to take account all factors that may bear on that question. Likewise the term “plausibility” is not a term of art. To say that a particular account, or element in that account, is implausible is simply to say that it seems to the decision-maker to be inherently surprising, or the kind of thing that you would not normally expect to happen; and such an assessment will obviously feed in to the overall assessment of credibility, though the weight to be given to it will depend on the degree of unlikelihood and how confident the decision-maker can be about it. Perhaps both points are too obvious to need making; but if terms are used too regularly they sometimes get in the way of the process of common sense decision-making.

On a personal note, I “hard agree” with this, as is sometimes said on social media. For years I have been trying to avoid the term “credibility” in skeleton arguments and submissions. I prefer to discuss the relevant person’s “truthfulness”. Partly this is because I try to avoid legalese — unnecessarily technical or complex words — in all my written work: it is the first resort of a bad lawyer. And this particular example seems to me to be about hiding the true meaning not only from non-lawyers but from the decision-maker themself. Where an official or judge says that a person is “not credible” they are really saying the person is a liar. The decision-maker is being polite about something profoundly impolite. If we all called a spade a spade it might focus minds a bit more on what is really going on in a decision.

That said, none of us is helped by Parliament: section 8 of the Asylum and Immigration (Treatment of Claimants etc) Act 2004 requires a judge to take account as “damaging the claimant’s credibility” certain behaviours, such as making a late claim for asylum. Taken at face value, this is a supreme example of wooly thinking: why should something being taken into account as “damaging credibility”, and what does that even mean, when lots of genuine refugees behave in that way? The real issue is whether they are lying about the core of their account of what happened to them in their country of origin. It is a terrible piece of law.

Outcome of the case

Both the appeals ultimately succeeded.

MN was an Albanian lady who claimed to have been trafficked to the UK through Italy. There were inconsistencies in her different accounts of what had happened to her and her claim to be trafficked was rejected by the First-tier Tribunal and then the trafficking Competent Authority. The decision was upheld by Farbey J in an application for judicial review.

The Court of Appeal overturned this decision, describing the way in which Farbey J dealt with criticisms of the decisions under challenge as “with respect, too summary”. Anxious scrutiny is required in trafficking cases. The Competent Authority had disregarded relevant expert evidence rather than taking into account in reaching its decision. This was not to say that the expert evidence had to be accepted; but it did have to be taken into account as relevant.

IXU was a lady from Nigeria who came to the UK on a student visa. She claimed that she was only 15 at that time and was forced into prostitution on arrival. She was later convicted of taking part in a sham marriage and sentenced to two years’ imprisonment. She made a claim for asylum which was unsuccessful and she lost her appeal. Throughout she had claimed to have been trafficked but it was only after the appeal was dismissed that she was referred to the National Referral Mechanism for claimed victims of trafficking.

The Competent Authority rejected her claim at the initial grounds stage, rejecting potentially supportive expert evidence. An application for judicial review was dismissed by Mott J, but this too was overturned by the Court of Appeal. The Competent Authority had marginalised rather than properly considered the expert evidence and had wrongly rejected the link between mutilation of the claimant’s genitals as a child in preparation for later forced marriage and trafficking.

Both cases will need to be redecided. Should IXU ultimately succeed, it would amount to a terrible indictment of her treatment by the criminal justice system, the immigration authorities and the trafficking authorities.