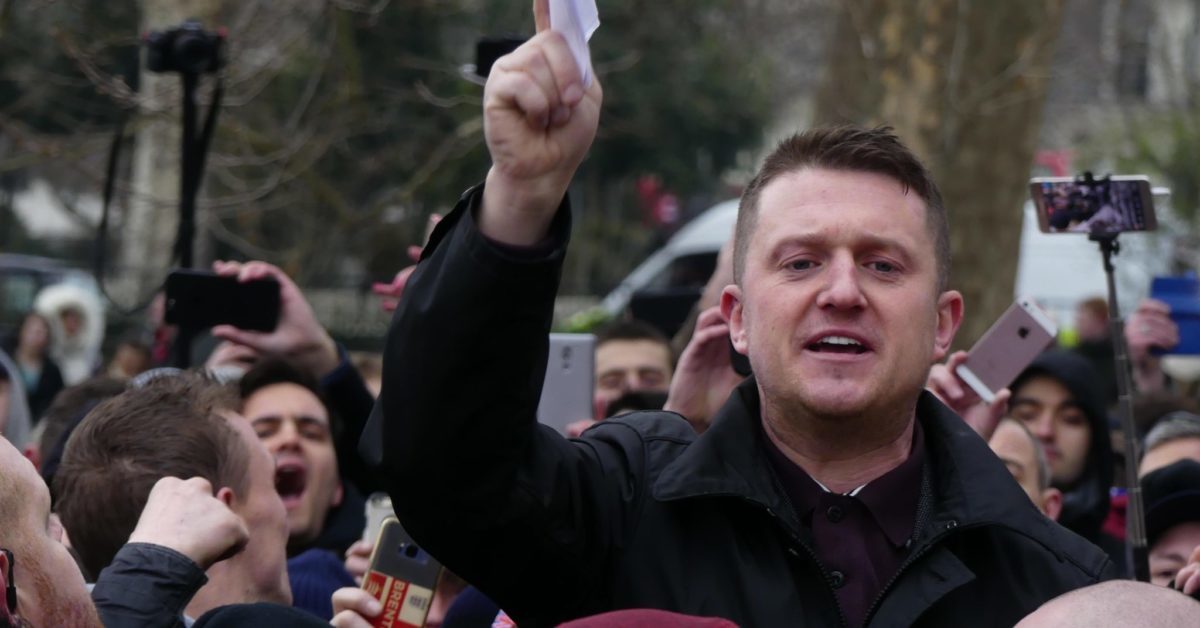 Is “Tommy Robinson” entitled to refugee status and when is prosecution persecution?

Stephen Yaxley-Lennon, Paul Harris or Tommy Robinson or whatever he calls himself today, has directly appealed to President Donald Trump to be granted asylum and evacuated to safety in the United States in an interview with notorious website Infowars. I won’t link to them, but you can look it up yourself if you feel the need.

Many have already pointed to the hypocrisy of a man who has always demonised refugees, whom he always calls “migrants”, himself claiming asylum. Here we’ll take a quick look at whether Yaxley-Lennon makes the grade for the protection of the Refugee Convention he previously seemed to despise so much.

What are the legal criteria for refugee status?

The definition of a refugee is set out in Article 1A of the 1951 UN Convention Relating to the Status of Refugees. That definition can be broken into constituent parts. Someone who meets the various criteria should legally be considered a refugee:

We have a whole blog post complete with infographic and video about the legal definition of a refugee if you want the details. We’ve got a whole ebook if you are really interested. For our purposes now, there are two bits of the definition that are important: the bit about “being persecuted” and the bit about the Convention reasons. The two are linked, as we’ll see.

The Refugee Convention provides protection from “being persecuted” but not “being prosecuted”. To be fair to Yaxley-Lennon, it is not always straightforward to tell the difference between the two, and some complex legal issues arise.

Is it prosecution or persecution to be convicted and imprisoned for delivering political leaflets? More to the point, what about exercising freedom of speech? How about if the law of the country concerned bans distribution of political leaflets or imposes limits on free speech? Standards may legitimately differ between countries, and what right do we have to judge whether the law of another country is right or wrong?

For example, what about if there is a state of emergency and the ban is a temporary one imposed for national security reasons to protect the public? What if what is written in the leaflets or said in a video online is offensive or incites violence or even promotes terrorism (not that the latter is suggested in this case)? In a different content, what about if a person is prosecuted for being gay when being gay is against the law in that country? What about dodging military service when there is a law requiring military service to be performed?

These are difficult questions raising complex legal and moral issues. But there are answers to them. A judgment of the UK’s highest court called Sepet [2003] UKHL 15, concerning claimants who refused to undertake military service in their country of origin, offers a toolkit.

In answering these difficult questions, judges should be guided by international human rights law norms and consider whether a person’s race, for example, or other Convention reason is behind what might be punishment in some circumstances but might be persecution in others.

Committing a crime which is internationally recognised as such and being sent to prison for it will rarely, if ever, amount to being persecuted, subject to what I say below. So, being convicted and imprisoned for committing a murder for political reasons would almost always amount to being prosecuted and not being persecuted. In Sepet itself, the House of Lords concluded that there was no international norm that there should be a right to opt out of military service, and therefore the claimants in that case feared legitimate prosecution not persecution.

The flip side of this coin is that being convicted and imprisoned for a crime which is not internationally recognised may well amount to persecution. So being prosecuted for being gay, where being gay is generally accepted to be a fundamental human right and is also a protected Convention reason, would amount to persecution.

Some situations are less clear cut. The right to free speech is considered an important human right in international human rights law, but there is no accepted international norm that it is an absolute right. So, imprisonment for handing out political leaflets or exercising your right to free speech would normally amount to persecution. But an asylum judge would look carefully at the circumstances. If the leaflets included incitement to violence, it might still be a legitimate prosecution. Similarly, if the free speech was exercise in breach of a court order or was otherwise against the law and that law was in accordance with international norms, it would be a legitimate prosecution.

In this case, Yaxley-Lennon jeopardised a criminal trial, which in UK law is contempt of court. I recommend The Secret Barrister’s explainer from last year on how this works. Basically, there are media reporting restrictions in the UK intended to prevent juries from prejudging a trial before it is finished and Yaxley-Lennon breached those restrictions.

Given that free speech is not an absolute right there seems no real doubt that any punishment he receives would not amount to persecution within the meaning of the Refugee Convention.

Ultimately, in a case of legitimate prosecution rather than persecution, the treatment suffered was not “for reasons of” one of the five Convention reasons; it was for the reason that the person concerned broke the law.

There is another dimension to cases of prosecution or persecution. Even where a person is legitimately prosecuted, in some cases the punishment may be discriminatory or so disproportionate to the crime that it amounts to being persecuted, at least if motivated by a Convention reason. For example, if a person is sent to prison for a political murder but is then tortured in prison because of what he or she did, or because of his or her ethnicity, that would amount to persecution.

The House of Lords endorsed this approach in Sepet and it also finds support in the UN Refugee Agency’s Handbook:

A person guilty of a common law offence may be liable to excessive punishment, which may amount to persecution within the meaning of the definition.

Where the punishment is discriminatory — perhaps members of an ethnic minority or political party in a particular country receive particularly harsh or severe punishments — then this could also amount to persecution.

Being singled out in some way for harsh punishment over and above that provided for by law, perhaps even through deliberate failure to provide adequate protection, could potentially amount to persecution. In another House of Lords case, Islam and Shah [1999] UKHL 20 (Tommy might not like relying on a case of this name – Ed.) Lord Hoffman famously found that failure to provide protection, if discriminatory and motivated by a Convention reason, could amount to persecution:

… suppose that the Nazi government in those early days did not actively organise violence against Jews, but pursued a policy of not giving any protection to Jews subjected to violence by neighbours. A Jewish shopkeeper is attacked by a gang organised by an Aryan competitor who smash his shop, beat him up and threaten to do it again if he remains in business. The competitor and his gang are motivated by business rivalry and a desire to settle old personal scores, but they would not have done what they did unless they knew that the authorities would allow them to act with impunity. And the ground upon which they enjoyed impunity was that the victim was a Jew. Is he being persecuted on grounds of race? Again, in my opinion, he is. An essential element in the persecution, the failure of the authorities to provide protection, is based upon race. It is true that one answer to the question “Why was he attacked?” would be “because a competitor wanted to drive him out of business.” But another answer, and in my view the right answer in the context of the Convention, would be “he was attacked by a competitor who knew that he would receive no protection because he was a Jew.”

There’s no evidence that this will happen to Yaxley-Lennon, although I guess sentence has not actually been handed down at the time of writing. As to his likely treatment in prison, he has previously served time for assault (2005), using a false passport (2013) and mortgage fraud (2014) so he does have experience of life inside British jails. He survived those helpings of porridge and past form is generally treated as a guide to future performance in asylum claims (paragraph 339K of the Immigration Rules), suggesting he might well survive future time inside without suffering at the hands of non-existent dark forces or Jihadi prison gangs.

So, in po-faced conclusion, Stephen Yaxley-Lennon does not have a good claim to refugee status. He fears legitimate prosecution and punishment, which does not amount to persecution.