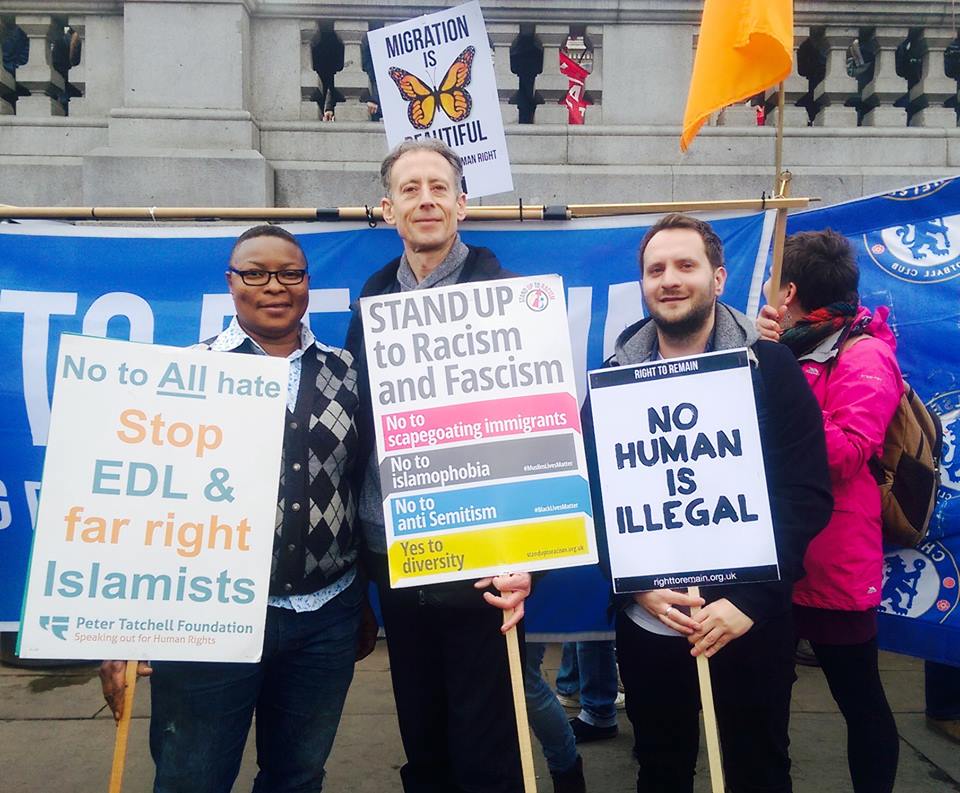 The treatment of lesbian, gay, bisexual and trans asylum seekers has been notoriously poor for many years. In 2010, my organisation, the UK Lesbian and Gay Immigration Group, exposed that 98-99% of gay and lesbian asylum seekers had been refused asylum and told to go back, often to violently homophobic countries like Iran and Uganda, and be ‘discreet’. Unknown numbers were forcibly removed from the UK and effectively consigned to a life ‘in the closet’. That approach ended following the Supreme Court’s judgment in HJ (Iran) v Secretary of State for the Home Department (Rev 1) [2010] UKSC 31. Thereafter, the battle shifted to disbelief: unhelpful and false stereotypes prevailed and claimants frequently subjected to humiliating and bizarre questions. A toxic mix of homophobia, misogyny and ignorance has corrupted the asylum system for too long. It needs to stop, once and for all.

One particular case has focused unprecedented attention on the treatment of LGBT asylum seekers. Aderonke Apata, a Nigerian asylum seeker, states she fears imprisonment and death in her country because of her sexuality. Her case has attracted extensive media coverage and an online petition has garnered the support of a quarter of a million people. In March, she sought a judicial review of the decision to deport her.

Within hours, a storm of controversy had been provoked after the Home Office’s barrister, Andrew Bird, was accused of relying on “highly offensive” and “outdated” views of sexuality in his submissions. Mr Bird argued that Ms Apata could not be considered a lesbian because she has children and has previously been in heterosexual relationships. Furthermore, the Independent reported –

The Home Secretary’s barrister, Andrew Bird, argued that Ms Apata was “not part of the social group known as lesbians” but had “indulged in same-sex activity”. He continued: “You can’t be a heterosexual one day and a lesbian the next day. Just as you can’t change your race.”

The Daily Mirror responded with a tongue-in-cheek though rather effective ‘test’ asking ‘how gay do you need to be to satisfy the Home Office’? This quickly resulted in an outpouring of poor test scores on social media, my favourite being –

I am not gay enough for the Home Office BUT I still want to go shoe shopping with TMay pic.twitter.com/HsylGFVuI2 http://t.co/tTZ8E4Pdpq

On 1 April, the Deputy High Court Judge, John Bowers QC, handed down his judgment in Apata, R (On the Application Of) v The Secretary of State for the Home Department [2015] EWHC 888 (Admin). Rejecting Mr Bird’s submission, he found:

‘Sexuality (or consciousness of sexuality) may alter over time and persons may realise that sexuality at different times.’ [31]

However, dismissing the application he found:

‘Indeed I find it difficult to disagree with the conclusions of the FTT that “she has engaged in same-sex relationships in detention in order to fabricate an asylum claim based on claimed lesbian sexuality.” (para 96). I believe that this fabrication has continued outside of detention. I also accept the associated submission made by Mr Bird that she has in effect adjusted her conduct so as to adopt other customs, dress and mores of a particular social group purely as a way of gaining refugee status.’ [32]

I admit some bemusement as to the judge’s precise meaning when referring to the ‘customs, dress and mores of a particular social group’ (i.e. homosexuals). For instance, I am not aware of any particular consensus that we in the gay male fraternity have agreed upon concerning ‘dress’ as has been amply demonstrated by the reaction this week to the fashion designer Giorgio Armani’s criticisms that gay men should not dress too “homosexual”.

I admit some bemusement as to the judge’s precise meaning when referring to the ‘customs, dress and mores of a particular social group’

Ms Apata has confirmed her intention to challenge the ruling and the debate as to the treatment of LGBT asylum seekers has been reignited. This week the Chief Executive of Stonewall, Ruth Hunt, spoke of the need to confront the “very narrow idea of what it is to be gay” that prevails in our society. In no other area is this need as pressing as in the field of asylum. In 2013, my organisation identified a worryingly high proportion of asylum claims being refused because the Home Office did not accept that the claimant has ‘proved’ his or her sexuality.

Last year this website exposed the appalling treatment one claimant experienced during his asylum interview, which ultimately led the Home Secretary to commission the Independent Chief Inspector of Borders and Immigration to conduct an investigation into such claims. The investigation found a fifth of asylum interviews contained stereotyping and a tenth contained inappropriate questions likely to elicit a sexual response.

The Chief Inspector instructed the Home Office to improve training to remove stereotyping and to ensure that caseworkers do not ask sexually explicit questions. He also encouraged the Home Office to provide training to civil servants about the DSSH (‘Difference, Stigma, Shame and Harm’) Model developed by barrister, S. Chelvan. Shortly thereafter, the Court of Justice of the European Union issued an important ruling – in A, B and C v Staatssecretaris van Veiligheid en Justitie (Cases C‑148/13 to C‑150/13) – on acceptable methods of assessing asylum claims based on a person’s sexual identity.

In February, the Home Office published a new Asylum Policy Instruction on sexuality claims which reminded civil servants that an ‘interview should be a sensitive enquiry into the development and exploration of the claimant’s sexual identity”. I believe this policy provides a positive framework in which claims can be determined but it represents only the first step in tackling long-standing poor standards of decision-making. 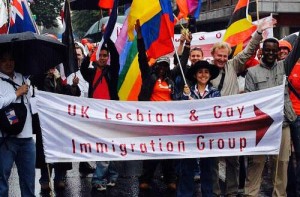 UNHCR Guidelines urge decision-makers to ‘maintain an objective approach so that they do not reach conclusions based on stereotypical, inaccurate or inappropriate perceptions of LGBTI individuals’ and to remember that ‘there are no universal characteristics or qualities that typify LGBTI individuals any more than heterosexual individuals.’ (60.ii.)

“ … assessing credibility requires that decision-makers not only examine the stories that appellants present, but that they also engage in much self-examination in order to interrogate the degree to which their own value judgments and life experiences influence their decisions.’ (Page 165)

The new Home Office guidance on sexuality claims is not a panacea: there is a pressing need to equip civil servants with the comprehensive skills they require to sensitively and appropriately determine these cases. In doing so, I very much hope those with such responsibility will consider Mr Thomas’ advice.

The treatment of female asylum seekers is particularly troubling. Lesbians and bisexual women have also been subjected to invasive questioning sometimes bordering on the pornographic. This is demonstrated by the research published by academic Claire Bennett, who cites the following examples –

Decision makers frequently demonstrate ignorance that compared to men, lesbians and bisexual women often experience different forms of violence and human rights abuses. The interrelation of gender and sexuality is often ignored, with case owners concluding that rape, domestic violence, forced marriage and other acts are unrelated to a claimant’s sexuality. Furthermore, the stereotype that lesbians do not dress ‘femininely’, have children or have had past sexual relations with men continues to corrode decision-making. As UNHCR observes –

‘Some lesbian refugee applicants have not had any experiences of past persecution; for example, if they have had few or no lesbian relationships. Lesbians may have had heterosexual relationships, often, but not necessarily, because of social pressures to marry and bear children. They may only later in life enter into a lesbian relationship or identify as lesbian. As in all refugee claims, it is important to ensure that the assessment of her fear of persecution is future-looking and that decisions are not based on stereotypical notions of lesbians.’ (10)

A further area of concern is the standard of decision-making in Detained Fast Track. The Chief Inspector’s investigation identified a 28% appeal overturn rate in sexuality claims compared to a general appeal overturn rate of 11%. Furthermore, it is a grim irony of our detention system that lesbian, gay and bisexual people struggle in a highly accelerated process to ‘prove’ their identity to the Home Office’s satisfaction whilst, as is frequently the case, simultaneously attempting to conceal the same from those with whom they are detained. In March, the Detention Inquiry criticised the bullying, harassment and abuse of LGBT in immigration detention centres.

This week the Labour Party pledged to tackle the ‘discriminatory and offensive’ treatment of lesbian, gay, bisexual and transgender asylum seekers and Angela Eagle, one of handful of lesbian politicians in this country, criticised the “daft” and “ignorant” decisions which have been a common feature of our asylum system.

Irrespective of the outcome of the next election, the Home Office’s treatment of LGBT asylum seekers – and, indeed, the case of Ms Apata – is likely to remain firmly in the spotlight for the foreseeable future. 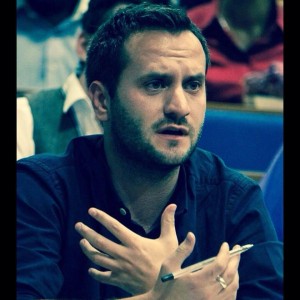