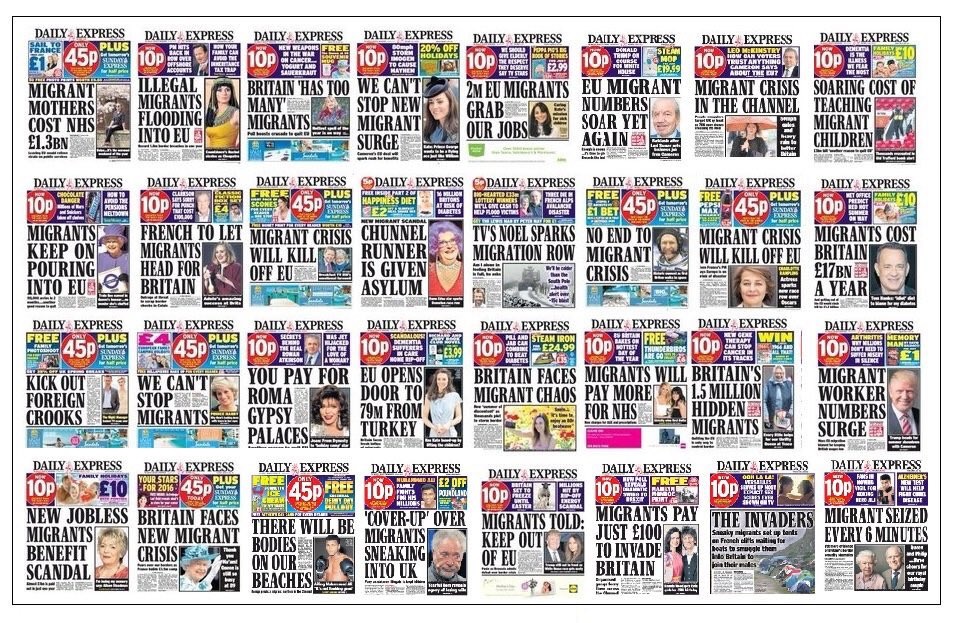 Add to favorites
Hubs / Immigration news / Liberalism is failing. It does ...

Liberalism is failing. It does not have to.

On 16 June 2016, during a referendum campaign dominated by the issue of whether there are too many foreigners in the UK, Member of Parliament Jo Cox was shot and stabbed multiple times outside a surgery in her constituency. She later died from her injuries, leaving two young sons and a husband. A man arrested and charged with her murder later cried “death to traitors” in court.

On Thursday 23rd June 2016, the referendum in question was held. On the face of it, the question was whether the UK should leave the European Union. The British people voted to leave by a slender majority of 52:48. The principle motivation for the Leave vote was the widespread feeling that there are already too many foreigners living in the UK.

On 29 August 2016, Arek Józwik was killed in Harlow, Essex. A 40 year old factory worker, he had lived in the UK for four years and was a Polish national. A murder investigation is being pursued and six teenagers have been arrested. Mr Józwik is the most prominent victim in a surge in hate crime since the referendum directed against EU nationals and ethnic minorities.

On Tuesday 4th October 2016, the British Home Secretary made a speech calling for British firms which employ foreign workers to be and named and shamed. To help force the point, rules on employing foreign workers would be tightened to stop foreigners “taking jobs that British people could do.” Amber Rudd also called for foreign students to be turned away from British colleges and universities. And she announced with pride that landlords who rent to illegal immigrants will soon face up to five years in jail and taxi drivers will face additional immigration checks.

On the same day, Liam Fox, Secretary of State for International Trade, confirmed that the British Government would not offer assurances to EU citizens living and working in the UK because they are “one of our main cards” in the coming negotiations with the EU.

Also on the same day, the British Prime Minister, known for her careful choice of words and skill in controlling her media appearances, said that doctors and nurses from the EU working in the NHS would be allowed to stay in the UK in an “interim period” while British doctors were trained to replace them.

The same day, the British Prime Minister was due to to make a speech savaging the perceived liberal elite:

Listen to the way politicians and commentators talk about the public. They find their patriotism distasteful, concerns about immigration parochial, views about crime illiberal and the fact that 17 million voted to leave the EU bewildering.

In response to this onslaught, the main opposition party, led by a man with opinion poll ratings indicating he can never possibly win an election, put out a statement accusing the Government of breaking promises to reduce immigration:

The Tories have broken their own promise on immigration #CPC16 pic.twitter.com/kxZ5a0IPDR

Ken Clarke famously and prophetically said of David Cameron’s attempts to pacify the hard right of the Conservative Party that if he was going to feed crocodiles, he had better not run out of buns.

Worse, if the promises are not just unrealistic but are actually false, people will be very angry when they discover that all is not as they have been told. And what if attempting (but failing) to deliver on those promises actually has the opposite effect to that which you promised?

This is what Professor Tony Yates has imaginatively called the “perceived-grievance-wrong-headed-sop-vortex”:

Post-Brexit, post-Trump, post-financial crisis, there’s a desire to respond to the perceived grievances of those who voted to give incumbent governments a kick.  But in so far as these grievances are not genuine, responding to them in ways that harm everyone and don’t address the economy’s underlying problems sets us all up for a vortex of ever diminishing prosperity and more spiteful policies and politics.

The British people have been told both explicitly and implicitly for years and years by mainstream politicans and the media that foreigners take British jobs, that they come here to claim benefits and that they are criminals and terrorists. Cameron’s EU renegotiation strategy did this. The repeated conflation of immigration, crime and terrorism in Acts of Parliament, speeches and manifestoes all did this. Countless stories in The Daily Express and The Daily Mail did this.

None of this was true, though. If we look at the data, the foreigners coming to the UK make us collectively richer by growing the economy, contribute more to public finances than they take out, do menial but important jobs that British workers prefer not to, and are less likely to commit crimes than British citizens.

At the same time that Amber Rudd and Theresa May suggest foreign workers are taking British jobs, the unemployment rate is falling and is already almost at an all time low, as the official ONS data shows:

What will happen to these politicians who ride the tiger? They secure their position in the short term but in the long term they lead us down a dark path. In an increasingly globalised world where migration is unavoidable, they cannot really reduce economic immigration, at least without crashing the economy and making the UK an undesirably place to live where jobs are scarce. Is that really what the British people want?

Foreign students can be turned away, but the cost to colleges and universities is huge; the large fees spent by foreign students subsidise courses for UK students and the living costs that foreign student expend while in the UK boost local economies, often in deprived areas. Is that really what the British people want?

Is it patronising to make these points? Maybe. And that is part of the problem. Liberals have utterly failed to make a positive and effective case for an open society which welcomes and mutually benefits from people from other countries. Instead, campaign groups would rather wave placards outside Byron Burgers, torpedoing any prospect of their being able to build a broad and progressive alliance.

It is no use complaining that if people only knew the truth they would think differently, or blaming the press for unfair coverage. People are not terribly interested in facts, myth busting has been shown only to reinforce the myths and the media are a fact of life.

The Labour Party’s traditional alliance of middle class liberals with working class voters is blown wide open by the immigration issue and Corbynite Labour is incapable of finding a way to break the cycle and find a positive message which might resonate with middle ground voters. Indeed, Corbyn personifies the problem. Saying you are “relaxed” about immigration and do not want to reduce numbers certainly will not cut it; this is politically disastrous, incompetent language and it cedes too much ground by conceding that numbers are an issue.

This is where framing theory comes in. Campaigners in the United States have met with some success in targeting middle opinion on key issues with well crafted messages that speak to the values and concerns of those people. Much progress has been made on refugee issues, for example, and on illegal immigration. Trump’s capacity to attract media attention drowns out the fact that progress is being made on these key issues, and it is thanks to a well funded, well researched, well conceived and rigorously pursued communications strategy.

We cannot simply copy and paste those messages from the United States, I suspect, because the demographics and context are very different. But we can learn from the methods that have been employed to develop and communicate those messages.

The message that appeals to me or to you is not what matters; we need to find a way to reach out beyond the choir with a different message that speaks to a broader audience. If we fail, the future looks increasingly bleak and illiberal.