Add to favorites
Hubs / Cases / Maslov and the bright line ...

Maslov and the bright line

In D v Secretary of State for the Home Department [2012] EWCA Civ 39 (31 January 2012) the Court of Appeal upheld the determinations of both the First Tier and Upper Tribunals in finding the Maslov ‘very serious reasons for justifying the expulsion of a foreign national’ criterion (Maslov at paragraph 75) does not apply to those who have been in the United Kingdom unlawfully.  Instead, those like D whose stay had not been regularised prior to deportation proceedings being triggered by the UKBA, would have their cases decided on the usual Article 8 principles. Lord Justice McFarlane concluded as follows at paragraph 32:

“I cannot see any room for manoeuvre that would allow the very specific facts of the case to alter what is a strict and plainly expressed legal structure. Either an individual’s presence is “lawful” or “unlawful” in immigration terms. The determination of that status then in turn indicates whether or not the need for “very special reasons” applies to his case. ED cannot claim “lawful” status. Therefore, as a matter of law, Maslov does not apply to his case and the judge was entirely correct in the approach that he took.”

This is a troubling ruling and is all the more troubling when the facts are considered.

D had been brought to the United Kingdom by his father at the age of 6 with his siblings.  At the age of 11 his father had abandoned them and soon after they had been looked after cared for under the Children Act 1989.  Despite being in their care for over 6 years, social services had not sought to regularise D’s stay, apparently ‘advising’ him to do so only around his 18th birthday.  Between the ages of 13 and 20 D had committed offences including handling stolen goods, possession of offensive weapons and breaches of community orders. The First Tier Tribunal found that there was a risk of re-offending, that there would be some kind of support for him in Ghana and that Maslov did not apply to him given that he had not been in the United Kingdom lawfully. The fact that he had been in the  United Kingdom for many years was merely a matter of ‘significant weight’. Ultimately it found that his removal was proportionate to need to maintain effective immigration control and in order to prevent crime and disorder.  The Upper Tribunal and the Court of Appeal agreed.

If paragraph 75 of Maslov and ‘very serious reasons’ is a strict legal test as opposed to one of approach (and I invite readers to revisit paragraphs 68 to 75 of Maslov and to consider which of these two propositions is correct)  then we are in the uncertain area of weight alone to be attached to facts such as these. And, as was stressed again by the Court in D’s case, weight is a matter for the Tribunal.  If a Tribunal, as here, says that it has attached significant weight to something then we know the Court are rarely if ever going to second guess it.

But now imagine D had no criminal record and was a person facing removal alone as opposed to deportation. It would be all but impossible to see how his removal would be proportionate in the public interest and ‘necessary’ for maintaining immigration control given all of the accepted facts in his case: his age when coming to the United Kingdom and the circumstances of his entry and as vulnerable child being cared for many years by social services.  If in a removal case the public interest stands at an irreducible minimum, one wonders why should the Maslov criteria should not apply if the decision maker goes on to consider the public interest in the ‘prevention of crime and disorder’.

Further, if such a strict demarcation between those who had spent their lives here lawfully and those who had not does exist, it is then very surprising to find no reference to it in cases such as BK (Deportation s 33 “exception” UKBA 2007 public interest) Ghana [2010] UKUT 328 (IAC).  BK had spent all but 6 months of the 8 years he had lived in the United Kingdom unlawfully and was statutorily categorised a ‘foreign criminal’ under the Borders Act 2007, yet the Tribunal assessed the public interest element of his case on the basis that BK was a ‘homegrown’ criminal as it was in ‘..this country that he done most of his growing up and had acquired his criminal habits so that…he was unlike an adult foreigner who comes here and commits serious crimes’.   Therefore, that BK had lived in the United Kingdom unlawfully for the majority of his stay does not appear to have materially impacted on the Tribunal’s decision given the facts of his case. Not so for D, even though the United Kingdom (through its social services) had been solely responsible for D’s upbringing for a significant part of his childhood.

Think also of the controversial case of AA v United Kingdom (8000/08) [2011] ECHR 1345. In that case AA did happen to have lawful stay as a child, through the actions of his mother. The Maslov test was applied by Strasbourg. Why is there a difference between D, who was not fortunate enough to have responsible parents (or social workers) looking after his interests, and AA, who was fortunate in that respect?

We do not know the reasons behind the inactivity of those responsible for D’s care in not regularising his stay during his minority. On the Court’s interpretation of Maslov, he fell the wrong side of the line because of this negligence. Surely there has to be scope for this category of ‘homegrown’ criminals, sitting somewhere in the middle and which, when sufficiently strong facts present themselves, have an entitlement to the Maslov criteria. Foisting our own criminals on other countries hardly seems fair, even aside from the effect on the individuals concerned. 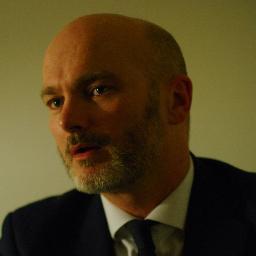 Iain Palmer is a barrister at Lamb Building specialising in immigration and refugee law.

“Hand on the tiller” prosecution for assisting unlawful immigration fails