Mental capacity and the immigration system

Assisting migrants who lack mental capacity to instruct a lawyer, or whose capacity fluctuates, can pose challenges. Without having clear instructions on a person’s immigration history and what they would like to do, it can often be impossible to provide legal advice and representation. Law Society guidance is also clear that solicitors can only continue to act with capacitious instructions, such as from a litigation friend.

What is mental capacity?

The Mental Capacity Act 2005 (MCA) defines “mental capacity” as the ability to make specific decisions at a specific point in time. A straightforward example of someone who lacks mental capacity would be someone who is in a coma.

Mental capacity can however be more difficult to assess. For example, those who are under the influence of drugs and alcohol may temporarily lose capacity to make certain urgent decisions. The MCA is a crucial piece of legislation which provides a systematic framework to safeguard a person’s right to make their own decisions about their own life in various different situations.

The main thinking behind the MCA is the idea that people have the right to live as they choose. Just as people with capacity are able to make their own decisions about their lives, the MCA’s purpose is to support and enable — as much as possible — those without capacity to do the same. Put simply, the idea is that individuals should be able to become the author of their own lives.

There are five main principles underpinning the MCA:

The five principles encapsulate the legislation’s supportive nature. The provisions are there to help people who lack capacity to be able to make their own decisions as much as possible.

This is relevant to immigration how exactly?

Someone who lacks mental capacity might not be able to understand what the role of a lawyer is or understand any advice that is given. They might not be able to understand the concept of an appeal or an independent tribunal. In such circumstances, the big question is how do we ensure that the immigration system remains accessible to those who might not even know that they need to access it in the first place? Equally, how do we make sure that their cases are still given the same due process and consideration, when they might not even be able to articulate to their lawyers what their cases are?

The hostile environment policy has made the UK particularly violent for migrants without immigration status. Without any status, migrants who lack mental capacity (and therefore by definition suffer from mental disabilities) will be hard pressed to find the support that they require and often instead forced into destitution or street homelessness.

The Migrants Mental Capacity Advocacy Project was established due to concerns that there is a gap in the immigration and social welfare systems when it comes to supporting mentally disabled migrants who might have issues with their capacity to engage with the process. The project provides holistic support and pushes for strategic changes in cases at litigation and pre-litigation stage (where an application needs to be made).

For example, at the moment, there is no system to identify a litigation friend of last resort. In AM (Afghanistan) [2017] EWCA Civ 1123 the Court of Appeal confirmed the tribunal’s power to appoint a litigation friend where an appellant lacks capacity to litigate. However, many vulnerable migrants and asylum seekers would not have family or friends who can step into that role. The Official Solicitor acts as litigation friend of last resort in the Court of Protection and the High Court – but while she has the power to also act in the tribunal system, this is very rarely done in practice.

As a result, cases where the appellant lacks capacity and a litigation friend can’t be identified can grind to a halt. We have worked with one man with learning disabilities, whose case was adjourned for more than two years. Lacking immigration status in the meantime, his benefits were stopped. He accrued more than £10,000 of rent arrears and was served with an eviction notice from his supported accommodation.

What are you doing to address the problem?

Under the MMCA project we have recruited 22 welfare professionals (solicitors, barristers and social workers) who can act as litigation friends in individual cases, while at the same time gathering experience and best practice on the use of litigation friends in the immigration tribunal. We have also pushed for HM Courts & Tribunals Service to provide ex-gratia payments to cover the cost of litigation friends, given the valuable service that they provide.

Over the past few years, we have uncovered many other issues relating to access to the immigration system for migrants who lack the requisite mental capacity. We have produced a report of our experience so far to shed light on these issues and also a guide to the use of litigation friends in the immigration tribunal. We hope that this will be a good first step towards improving the immigration system.

To find out more about the Migrants Mental Capacity Advocacy Project, join Migrants Organise for a webinar on 29 July 2021, 5pm – 6.30pm. 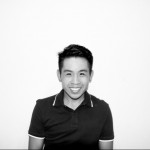