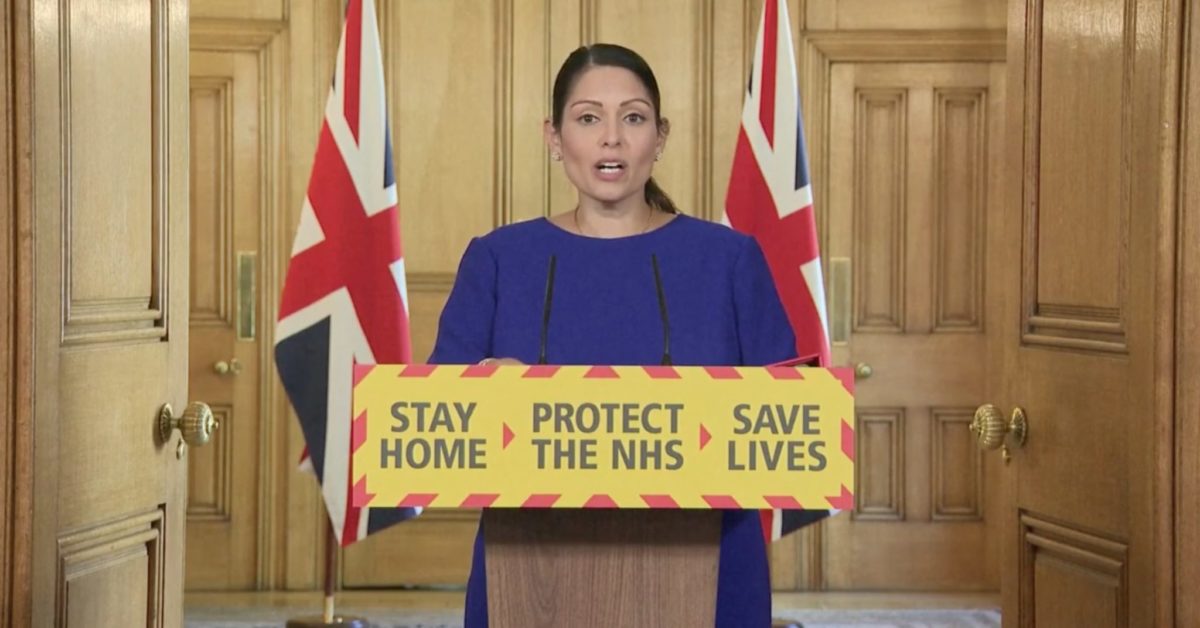 Migrants’ rights during coronavirus: the story so far

If you’ve been struggling to keep up with the avalanche of immigration news and Home Office U-turns since lockdown began, you’re not alone. I’ve thrown together this immigration track and trace post to catalogue the major immigration law events of the pandemic so far, which includes some concessions that were seen at the time as a possible turning of the tide on migrant rights. (In hindsight, they more likely represented a government doing the bare minimum necessary to avoid public outrage.)

For those who prefer their legal updates sprinkled with Scrubs gifs, a version of this post also exists on Twitter.

17 February 2020: The Home Office, apparently unencumbered by the need to introduce any type of legislation, unilaterally confers automatic leave to remain by announcement on gov.uk to Chinese nationals whose visas expire between 24 January and 30 March 2020.

24 March 2020: visa extensions are offered to all nationalities, not just Chinese, until 31 May 2020 — but only by email “application” to the Coronavirus Immigration Help Centre. Does this generate 3C leave? Answers on a postcard to 2 Marsham Street.

31 March 2020: Priti Patel announces “NHS frontline workers visas extended so they can focus on fighting coronavirus”. This was a free and automatic one-year visa extension for certain NHS staff with visas due to expire before 1 October 2020.

This was a nice gesture, but the headline made it sound far more generous than it was: it only applied to NHS-sponsored Tier 2 doctors, nurses and paramedics. All other sponsored NHS workers (for example, physiotherapists, scientists, pharmacists) were excluded. It also excluded foreign NHS doctors, nurses and paramedics who held a non-Tier 2 type of visa, for example people holding a spouse visa conferring the right to work.

And is a one-year extension really so generous? Most visa extensions are for two and a half or three years. For most beneficiaries, all this extension will do is kick their immigration woes down the road for a year. One year is very unlikely to tip any migrant’s residence over the line to the holy grail of indefinite leave to remain, which normally needs a minimum of five years’ residence. (Get on with the timeline – Ed.)

6 April 2020: Online application form introduced for coronavirus visa extensions. As Nick Nason of Edgewater Legal points out, the Home Office has clearly realised that by inviting thousands of anxious people to email in for help, caseworkers were going to have a bad time.

25 April 2020: At the daily coronavirus briefing, Priti Patel is asked about making foreign healthcare workers  the Immigration Health Surcharge. Her answer is widely interpreted as promising to review the situation.

29 April 2020: Patel issues further announcement on NHS visa extensions (which sounds a lot like the last one) headlined “Home Secretary announces visa extensions for frontline health and care workers”. The reference to care workers naturally raises expectations. She also writes to the Home Affairs committee of MPs to say that the original health worker extension offer is not, after all, limited to Tier 2 sponsored workers.

1 May 2020: Home Office publishes full list of occupations eligible for free one-year visa extensions. It has been expanded beyond just the NHS, but quelle surprise: care home workers are not actually on the list, nor are NHS healthcare assistants.

7 May 2020: High Court of England and Wales gives an oral judgment in a challenge to the no recourse to public funds regime which the Covid crisis has brought into sharp focus. The judgment declares an aspect of the current policy to be unlawful.

15 May 2020: Priti Patel refuses to axe the Immigration Health Surcharge fees paid by NHS workers, despite promising a review three weeks previously. The Home Office insists that when she said it was “under review”, she meant in the sense that “all government policies are continuously kept under review”.

18 May 2020: The government endeavours to shift focus from its catastrophic handling of the pandemic back on to those pesky migrants. Yes, the Immigration Bill is back and to absolutely nobody’s surprise, it passes its second reading in Parliament.

20 May 2020: A heart-wrenching plea from NHS cleaner Hassan Akkad goes viral (the good kind). It points out that cleaners, porters, social care workers and many others are excluded from a bereavement scheme that gives indefinite leave to remain to the families of NHS medical staff who die from Covid-19. Following an outpouring of public support throughout the day,  the government bows to pressure and agrees to extend the bereavement scheme to a much wider cohort of migrant workers.

21 May 2020: Two U-turns in two days! Following on from the previous day’s extension of the bereavement scheme, ministers bow to further pressure to announce that all healthcare workers will be exempt from paying the Immigration Health Surcharge in future. Many argue that ministers still haven’t gone far enough on the IHS, but tiny changes are important. The events leading up to 21 May, just before the Dominic Cummings saga took over the news, showed a real turning of the tide in public awareness of migrant rights.

We also see publication of the written judgment in the no recourse to public funds case, confirming the implications of the policy being declared partly unlawful.

22 May 2020: Continuing its proud tradition of policy by press release, the Home Office announces the extension of its general coronavirus concessions to 31 July 2020 to journalists before updating its website.

Thanks; yes, currently it is very often either via emails sent to individuals on individual cases or via the press like this. Public facing guidance only seems to be updated very late on.

27 May 2020: The Prime Minister is gobsmacked to learn that the no recourse to public funds condition attached to migrants’ visas leaves many impoverished in times of crisis. The rest of us are gobsmacked that he has never heard of it.

28 May 2020: The government announces, to widespread surprise, that it quite approves of some migrants. Hong Kong residents threatened by Chinese repression may be allowed to come to the UK if they hold with British National (Overseas) status, which covers an estimated 2.9 million people.

29 May 2020: Home Office adjusts its no recourse to public funds policy following the High Court case.