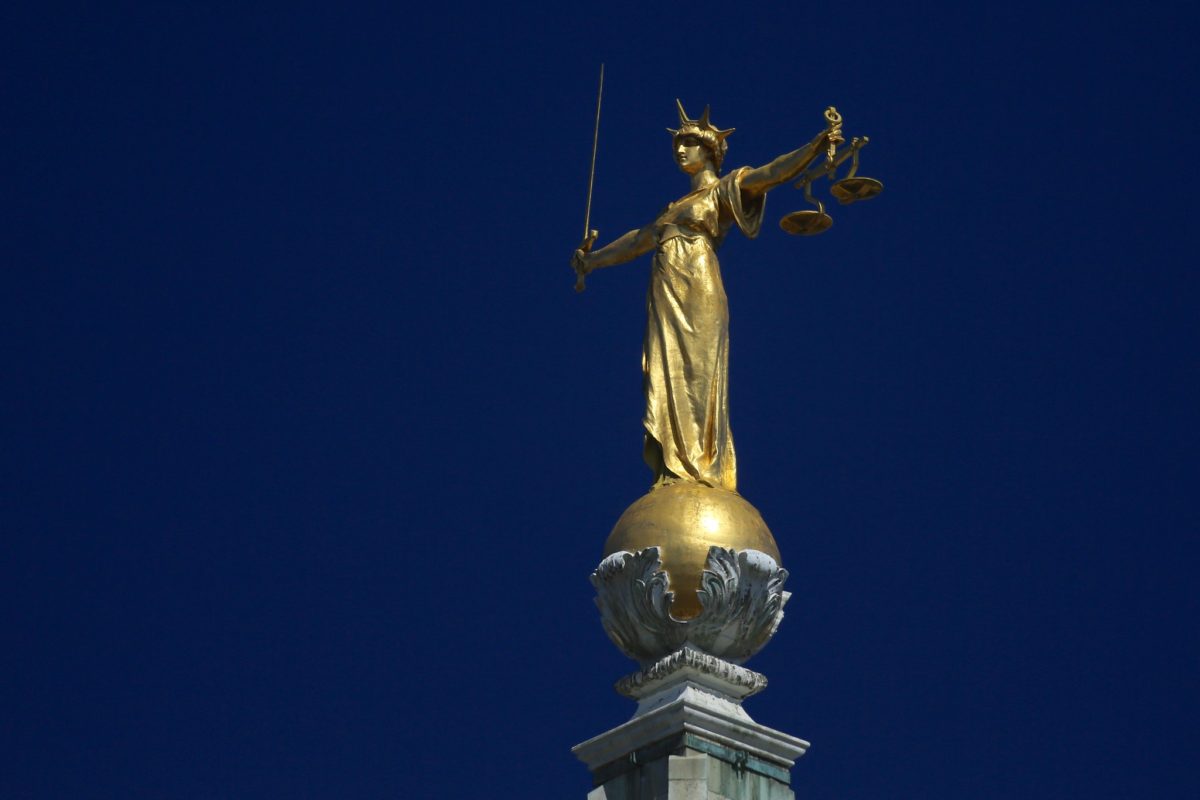 Add to favorites
Hubs / Enforcement / Briefing: the Nationality and ...

Part 3 of the Nationality and Borders Bill 2021 includes provisions relating to immigration offences and enforcement. It criminalises arriving in the UK, as well as formally entering, making it almost impossible to claim asylum in the UK without first committing a criminal offence. People helping asylum seekers get to the UK are also criminalised. In addition, the Home Office’s maritime enforcement powers are being beefed up to address small boat crossings.

This part of the Bill also puts in place a system for regulating work in UK territorial waters – something which will be of great interest to the fishing industry. Finally, and perhaps unexpectedly, it makes some positive changes to the Home Office’s power to remove people in the UK unlawfully, aimed at ensuring that they have access to the courts before they are removed.

Arriving in the UK without a visa

A person who is not a British citizen commits a criminal offence if he or she knowingly enters the UK in breach of a deportation order or without permission (referred to as “leave”).

Clause 37 of the Bill adds a new component to this existing offence. It makes it an offence for someone who requires entry clearance to arrive in the UK without valid entry clearance.

An entry clearance is a visa issued before travel (it then becomes “leave to enter” when the person enters the UK). The burden of proving that a person holds valid entry clearance lies on that person. This is concerning, given that EU citizens are not routinely given any physical evidence of their entry clearance (if they apply using the UK Immigration: ID Check app, no visa vignette is placed in their passport).

As CJ previously highlighted, the key addition to the offence is to make “arrival” an offence. This, in the words of the explanatory memorandum, is being done because:

The concept of ‘entering the UK without leave’ has caused difficulties about precisely what ‘entering’ means’.

It is, in fact, crystal clear what “entering” means. It is defined in section 11(1) of the Immigration Act 1971 as disembarking and subsequently leaving the immigration control area. The Home Office does not like this definition as it causes difficulties prosecuting small boat crossings. A new offence has therefore been created which encompasses arrival. Arrival is not given any technical legal definition, so will simply mean reaching a place at the end of a journey or a stage in a journey.

This will allow prosecutions of individuals who are intercepted in UK territorial seas and brought into the UK who arrive in but don’t technically “enter” the UK” [my emphasis].

The current maximum sentence for illegal entry is six months’ imprisonment. This is being increased to four years (or five years for entering in breach of a deportation order).

As Colin highlighted in his summary on the day the Bill was published, clause 37 also seems to criminalise seeking asylum in the UK. It is not possible to apply for entry clearance for the purposes of claiming asylum in the UK. An asylum seeker must be physically in the UK in order to make a claim. Even people who come to the UK under the Vulnerable Persons Resettlement Scheme are given leave outside the Immigration Rules to enable them to travel here. They are then granted refugee status once they arrive.

Any asylum seeker who is not the beneficiary of the UK’s limited resettlement schemes will be left with a difficult choice:

Of course, there is a third option: don’t come to the UK at all. In reality, this is what the Home Office hopes refugees will do. The Bill does not fulfil “our moral responsibility to support refugees fleeing peril around the world” as suggested in the New Plan for Immigration policy statement. Instead it criminalises refugees for seeking asylum in the UK.

The offences of assisting unlawful immigration, and helping asylum seekers to enter the UK, are also being “reformed”.

There will be one remaining exception. As clarified in the explanatory notes:

It remains the case that this offence does not apply to persons acting on behalf of an organisation which aims to assist asylum seekers and does not charge for its services.

This is due to section 25A(3) of the 1971 Act, which is not being amended. But what about organisations whose aims do not include assisting asylum seekers – such as the Royal National Lifeboat Institution? What about individual seafarers who save asylum seekers from drowning (as they are obliged to do under article 98 of the UN Convention on the Law of the Sea)?

Hopefully there will be guidance issued by the prosecuting authorities clarifying that such people will not be prosecuted under this provision as it would not be in the public interest. Of course, any such policy could be changed without notice and without the need for Parliamentary authorisation. We already know that the current UK government has no problems breaking international law.

Clause 41 and Schedule 5 of the Bill introduce amended maritime enforcement powers, with the explicit intention of stopping small boats crossing the Channel (explanatory notes, paragraph 450). Existing powers to divert migrant vessels will, in future, apply to ships that are in foreign or international waters (rather than just those in UK waters, as is currently the case). “Ship” will be redefined to include:

… any ‘other structure… constructed or used to carry persons, goods, plant or machinery by water’, which is intended to include anything which may be used to cross the English Channel [explanatory notes, para 468].

The Home Office’s maritime enforcement powers are not new. They were first introduced by the Immigrating Act 2016. This Bill reforms and expands them.

Clause 42 creates a new power to make regulations about the right to work in the territorial sea of the UK. This is a curious provision and will be of great interest to the fishing industry.

At the moment, section 8 of the 1971 Act allows the crew of a ship to enter the UK without leave, and remain here until the departure of that ship. Neither the 1971 Act nor the Immigration Rules regulate where the crew can work after departure. However, policy guidance requires that the vessel operates “wholly or mainly” outside of UK territorial waters.

In order to regulate work which takes place inside territorial waters, clause 42 will create a system of “authorisation”. No details have been provided yet. At the moment, all we really have is a power to

The House of Commons Library describes this as a “placeholder” clause that the government will seek to amend before the Bill reaches committee stage.

On one view, the regulations would not apply to crew covered by section 8 as such crew are not “people who require leave to enter or remain”. However, if the regulations are not aimed at preventing vessels with foreign crew from operating within UK territorial waters then it is not clear what they are aimed at. Possibly people working on offshore installations in the oil and gas or renewable energy sectors, but they would most likely already have a Skilled Worker or similar visa, so it is unclear what this work “authorisation” would add.

The fishing industry is currently the main beneficiary of the current light-touch system on visa-free work at sea. With the recent addition of deckhands to the list of occupations eligible for a Skilled Worker visa, and now a new system of “authorisation” for work in UK waters, it is becoming increasingly clear that this may not be the case for much longer.

And what about vessels operating from a foreign port, that stop off at a UK port temporarily (for instance to collect British crew)? At the moment, if a foreign vessel, with foreign crew, stops off at a British port it is not necessary to apply for visas for everyone. The foreign crew do not “enter” the UK (as defined above) if they remain on the vessel. But what happens once “arriving” in the UK become a criminal offence, as discussed above? Will it also be necessary to obtain “authorisation” for all crew members on a ship coming anywhere near the UK?

Hopefully issues such as this will be clarified during the Bill’s passage through Parliament.

Finally, clause 43 amends the power to remove people from the UK when they do not have a visa. As Colin has already highlighted, the clause introduces additional procedural safeguards, perhaps linked to the Court of Appeal’s decision last year that the Home Office’s “removal window” policy breached the common law right of access to a court.

At the moment some people are given only 72 hours’ notice of their removal. Some are given no notice at all, instead being given a three-month “removal window”. They can be removed at any time, without further notice, during this three-month period.

Clause 43 changes this and provides that a person can only be removed after:

This is a welcome change, and will hopefully lead to fewer unlawful removals taking place.

A new removal notice is not required for a second attempt at removal, providing the second attempt takes place within 21 days, and so long as the first removal failed because of:

A new notice is also not required where the first removal does not proceed due to ongoing judicial review proceedings, the court has decided the person may be removed, and removal is to take place within 21 days of that decision. This makes sense, as someone in this situation will already have had access to a court to challenge their removal.

Briefing: what happens to EU citizens who miss the settled status deadline?