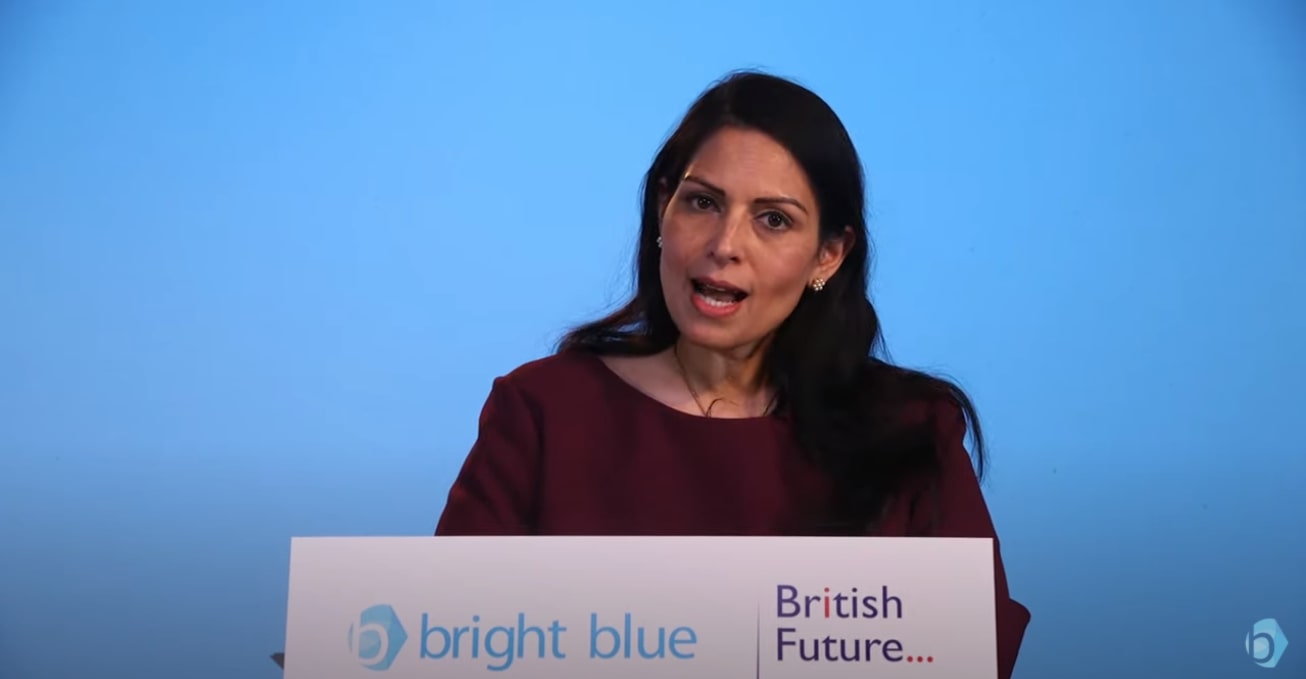 The statement is 38 pages long, but with plenty of padding: the “key deliverables for 2021-22” take up about 10 pages, mostly stuff that has previously been announced. There are some nuggets of new information, including — inevitably — more meddling with business visas.

We are also treated to the department’s “vision for the border and immigration system beyond 2022”, which is basically to digitise everything that moves.

What we might call New Plan for Immigration 2 includes the renewed promise of electronic pre-clearance for people travelling to the UK without a visa, which was heavily trailed in the press over the weekend. This would be similar to the ESTA scheme for the United States and the ETIAS scheme planned by the European Union:

Visitors and transit passengers who do not currently need a visa for short stays, or who do not already have an immigration status prior to travelling, will be required to obtain an Electronic Travel Authorisation as an additional security measure.

The idea is that everyone coming to the UK will need permission to travel in one form or another — whether a full-on visa or an Electronic Travel Authorisation — except for British and Irish citizens. ETAs will reportedly cost £9 but will not be in place for a few years yet: “by the end of 2024” is the target. Given that ETAs were announced last February and again last July, we can probably expect them to be reannounced every few months up to 2025 (or whenever they are actually in place).

Digitising the border and residence permits

There is a lot of chatter about other digital wheezes, both at the border and in-country. A Border Crossing, or BX, computer system “has been successfully piloted and is being rolled out nationally”. (We pause here to note that, according to Policy Exchange, this system was “due to be fully operational in 2019”.) E-visas will replace physical vignettes in passports, some day. Those interested in the medium-term digitisation of the border can read all about it in the 2025 UK Border Strategy published last December.

A more concrete commitment is:

By summer 2021, all Border Force staff will have the ability, if required, to check whether an individual has applied for, or been granted status under the [EU Settlement Scheme], should they need to do so.

Border guards being able to ask their computer whether an EU citizen seeking entry has pre-settled or settled status would be welcome, given the problems that such people are already experiencing at the border for lack of a physical residence permit. “Summer” in Whitehall-speak means any time between now and November, though.

At present, non-EU residents do get physical proof of status in the form of a Biometric Residence Permit. But not for long: the strategy tells us that the Home Office is “moving away from providing physical documents” altogether, with a “fully digital system” in place by the end of 2024. So it is not just visitors that will be given e-visas: long-term residents will be going digital too.

The strategy says that “we will continue to simplify our Immigration Rules and make them as user-friendly and accessible as possible”. As practitioners will know, simplification involves the criteria for each visa route being rewritten and put into a standalone appendix to the Immigration Rules. This revision process has the additional advantage, from the Home Office point of view, that each revised route can be reannounced as a brand new visa. Hence we are to get a sexy cutting-edge “International Sportsperson” route later in 2021, as opposed to the boring old Sportsperson and Temporary Sporting routes.

Similarly, there are plans for a “Global Business Mobility” route, mashing together several existing routes: intra-company transfer, representative of an overseas business, contractual service supplier and independent professional. It would also cater for “import and export-related secondments”.

One thing that would be an advance on what we have already is the unsponsored work route promised last year, but to no timetable. We are now told that this will open in “Spring 2022”, with

a particular emphasis placed on the very high skilled and academically elite. Within this route we will create a ‘scale up’ stream that will allow those with a job offer at the required skills level from a recognised UK scale-up to qualify for a fast-track visa, without the need for sponsorship.

A “scale-up” being the evolved form of a “start-up” business.

There is nothing at all on the unreformed Investor route, fuelling our suspicion that it may ultimately be for the chop.

There are various improvements to the sponsorship experience for employers in the works. These include “expanding the use of our secure ChipChecker service” and “introducing automated checks with HMRC and Companies House to identify sponsors and users that can have fast track approval”. HMRC will also provide payroll data so that the Home Office can check that people are being paid the right salary, introducing an exciting new way to flunk sponsor compliance.

For student visa sponsors, there may in future be “separate immigration routes for higher education and further education”. More on sponsorship changes is promised in a “roadmap” due this summer (caveat as above).

There is a brief mention of plans to upend family migration:

We know that there are several family routes and many paths to settlement and navigating these can be confusing.

You can say that again. The document says that the “Family, Private Life, Settlement and Returning Residents routes” will all be simplified, as will application forms and decision notices. Also “more consistent evidence requirements so that applicants are clear what they need to demonstrate and how”. There’s a first time for everything.

This is taken verbatim from the strategy document — table 2 on page 23 — except for our brief comments in square brackets.