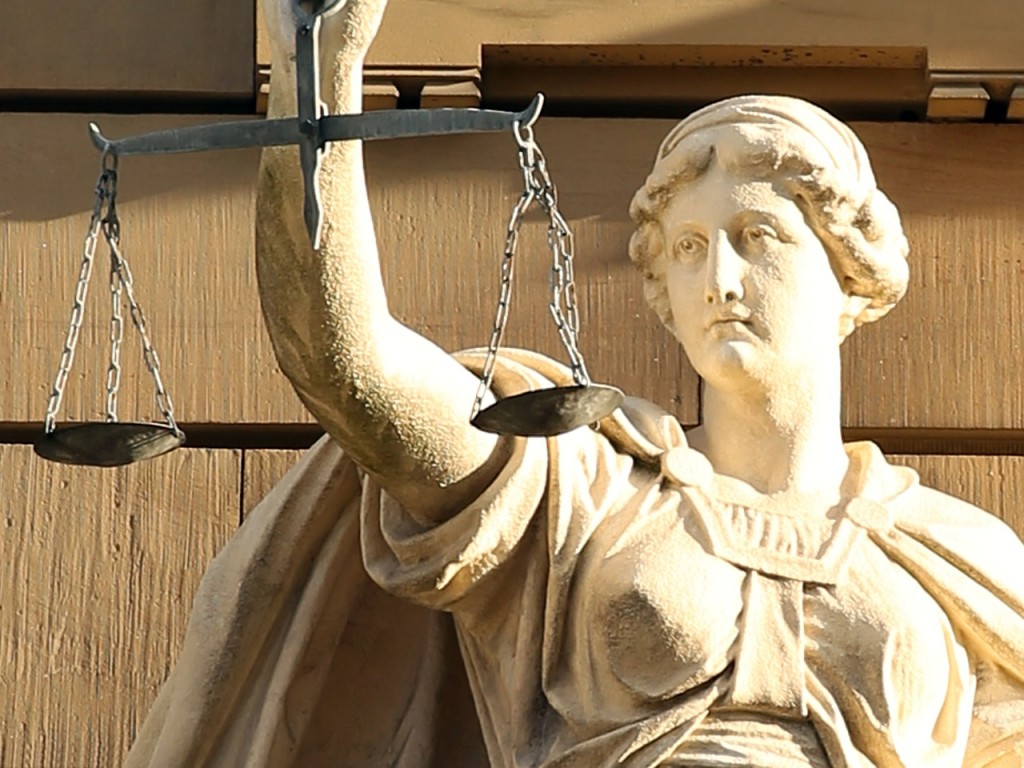 No human rights issues to be raised in EEA appeals, confirms Court of Appeal

This case was covered at the time by Free Movement, where several issues were raised in respect of the reasoning of the tribunal, and the policy of attempting to artificially distinguish between European law rights and other rights guaranteed under domestic human rights legislation.

The Court of Appeal has now upheld that ruling. It essentially confirms that in such cases, EEA applicants who wish to advance human rights arguments in appeals against refusals of European law applications must pay for the privilege (by making a separate application), or rely on the Secretary of State serving a section 120 notice (of which more below).

The judgment considers appeals under the pre-2014 Act regime but, since both human rights and EEA appeal rights have been preserved, this decision will still have application.

Decision of the Court of Appeal

The exact terms of the issue to be resolved by the Court of Appeal in Amirteymour v SSHD [2017] EWCA Civ 353 are set out by Sales LJ, giving lead judgment [21]:

…whether on an appeal to the Tribunal pursuant to regulation 26 of the EEA Regulations against a decision by the Secretary of State to refuse to issue a derivative residence card, where no removal directions have been issued and no notice has been given under section 120 of the 2002 Act, the Tribunal has jurisdiction to entertain a case based on the Immigration Rules or on Article 8 outside the Immigration Rules

The answer to this question, the court found, upholding the earlier decisions of the both First Tier and Upper Tribunals, was no. The decision of the Court of Appeal is reached following a fairly turgid exercise in legislative analysis. As part of these considerations Sales LJ finds that [26-27]:

Essentially, the courts have elected to treat European law rights and human rights as separate entities in these situations, requiring separate appeals in the event that prior notice is not given to the Secretary of State (through the s.120 notice process) that human rights are being raised.

Although most of the judgment concerned the finer points of the law relating to immigration appeals, Sales LJ goes full-tabloid to explain what he believes to be the policy basis for the decision [28]:

…it would be a recipe for procedural chaos and potentially unfair to the Secretary of State to allow an applicant who applies to the Secretary of State under the EEA Regulations to change his case completely on an appeal under regulation 26 so as to rely on a new claim which does not depend upon any entitlement under the Regulations at all, as has happened in the present case.

The idea that the applicant, who advanced his case to stay in the UK on the basis of his relationship with his daughter (which, in the case of a sole carer, European law calls a Zambrano relationship, and which human rights law refers to as ‘family life’) has ‘change[d] his case completely’ is rather overegging the pudding: he is still relying on his relationship with his daughter. His case may be technically different, but substantially it is not.

Further, the argument that accepting human rights submissions within the context of EEA appeals without notice ‘would be a recipe for procedural chaos’ is also, as pointed out in the original Free Movement analysis of the Upper Tribunal decision, overly pessimistic. Legally speaking, the Home Office already recognises that, in certain situations, a human rights claim is understood to have been made, even if not explicitly stated, for example in spouse visa applications.

On a practical level, no lawyer or judge is going to be blindsided if an applicant advancing his case in an appeal on a Zambrano carer basis, also relies upon Article 8 ECHR, least of all the Secretary of State. It is difficult to see from where the ‘procedural chaos’ would come.

Probably the strongest argument against the findings of the Upper Tribunal lay in the case of JM (Liberia) v SSHD [2006] EWCA Civ 1402. The court in that case held that a Home Office decision to refuse a variation of leave to allow a person to remain in the UK, even though no removal directions were set, effectively amounted to a decision which would have the consequence of removal for the purposes of (the now extinct) s.84(1)(g) of the 2002 Act, and that human rights could be raised as a result.

Amirteymour argued that his situation was analogous: that a refusal of the derivative right of residence under the EEA regulations had the same effect. In JM (Uganda), Law LJ explained his reasoning thus:

[17]. … On the [tribunal’s] view of the question, namely that the human rights issue is not justicable [sic] on a variation of leave appeal, the unsuccessful appellant in such a case, if he has a potential article 8 claim which would so to speak come live on his removal, surely faces a very unsatisfactory choice. Either he leaves the United Kingdom, as the criminal law says he must, without his human rights claim being determined, or he remains until removal directions are given, anticipating that at that stage he will be able to ventilate his human rights claim before the [tribunal].

18. It seems to me to be wrong in principle that the price of getting before an independent tribunal, for a judicial decision on a human rights claim should be the commission of a criminal offence and other associated legal prohibitions. But that seems to me the effect of the [tribunal] conclusion.

In addition to these sensible and fairly clear statements of principle, Laws LJ added the following at paragraph 23:

There is a further point. It is clear that the legislation leans in favour of what are called “one-stop appeals” … section … 120 of the 2002 Act … successive appeals under section 82 are discouraged by procedures for the service by the Secretary of State of a “one-stop” notice on an appellant, requiring him to state all the reasons why he should be entitled to remain in the United Kingdom, and he may not subsequently raise such issues in a later appeal if the Secretary of State certifies that he should have or did or would have been permitted to raise them in an earlier appeal. Such a notice was given in this case…

Unfortunately, both the Court of Appeal in Amirteymour and TY (Sri Lanka) v SSHD [2015] EWCA Civ 1233, treat the fact that a s.120 notice was served on the appellant in JM (Uganda) as somehow undermining the principles set out by Laws LJ at paragraphs 16-18 in the judgment [44]:

As this court held in TY (Sri Lanka) … [34] per Jackson LJ, with whom the other members of the court agreed, it was the service of a section 120 “one stop notice” which was “[t]he crucial feature” of the facts in JM (Liberia) which led to the result in that case.

The representatives for Amirteymour invited the Court of Appeal to take a different view, although Sales LJ declined, treating himself as bound by TY (Sri Lanka) [44]:

It should be mentioned that Jackson LJ does not explain why the service of the s.120 notice was the ‘crucial’ aspect of the JM (Uganda) decision. He simply states that it is (see para 34), citing a desire to avoid ‘planting more trees’ in the ‘impenetrable jungle of intertwined statutory provisions and judicial decisions’ governing the law in this field, as described by Carnwath J in Patel.

It is disappointing that the constant gardeners of the Court of Appeal have circled the wagons in Amirteymour, the court treating itself as bound by TY (Sri Lanka) for apparently little reason other than a strict interpretation of the doctrine of precedent, following a judgment that itself withdraws to the metaphorical shadows, rather than engage with the sensible and salient points made by Laws LJ over a decade ago.

Ironically, in this case, it appears to be the Court of Appeal which cannot see the wood for the trees.

A further criticism of the Upper Tribunal decision (made previously on Free Movement) is that European law is barely mentioned, let alone considered in detail. The same is true of the judgment of the Court of Appeal, which concentrates almost exclusively on the domestic appeal framework.

There is no mention, for example, of the case of Benalla v Belgium C‑161/15 which gives guidance on procedural protections available to those bringing challenges to EU law decisions which adversely affect them. This case has also been covered separately on Free Movement.

It would also have been interesting to hear argument in relation to the Article 7 of the Charter of Fundamental Rights, identically drafted in all respects to Article 8 ECHR, and which according to President McCloskey J in Abdul (section 55 – Article 24(3) Charter : Nigeria) [2016] UKUT 106 (IAC) creates free-standing rights in the tribunal, especially in respect of children.

The Court of Appeal cannot, of course, be blamed if arguments in this regard were not put.

When can human rights be argued in an EEA appeal?

Where does this leave EEA appellants who wish to raise human rights arguments in their appeals? The Court of Appeal answers this question definitively at paragraph 36:

…if the Secretary of State did happen to address Article 8 arguments in her decision letter … it might be possible to say that the Secretary of State had waived the requirement for an application form to be completed in respect of her exercise of her residual discretion under the 1971 Act by reference to Article 8 and that she had then made two decisions, an “EEA decision” in relation to entitlements under the EEA Regulations and an “immigration decision” within the scope of section 82(1) of the 2002 Act, with distinct rights of appeal under regulation 26(1) and under section 82(1) respectively…

It should be mentioned, finally, that section 120 notices were introduced with the aim of reducing repeated and unmeritorious appeals, gathering all of the grounds that an appellant may conceivably wish to advance in one hearing. The idea that the Home Office wishes to oppose the ability of an appellant to do this (of their own volition), as pointed out in the original Free Movement post on the UT decision, is baffling.