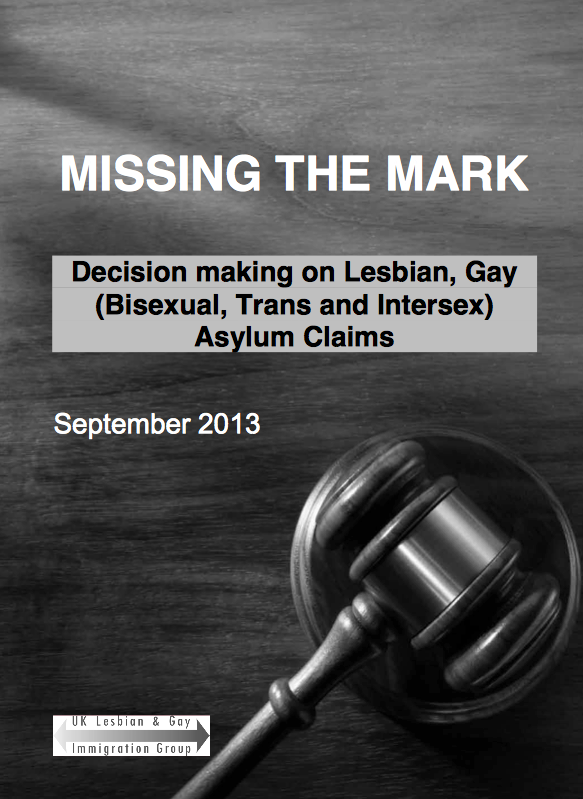 According to the recent Missing the Mark report by the excellent UK Lesbian and Gay Immigration Group, a worryingly high proportion of LGBTI asylum claims are refused because the Home Office does not believe that the claimant has ‘proved’ his or her sexual orientation. 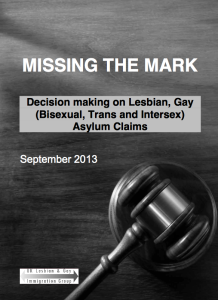 This new focus on credibility appears to be a perverse consequence of the Supreme Court’s landmark decision in HJ (Iran) v SSHD [2010] UKSC 31, which rejected the notion that a gay person could avoid persecution by behaving ‘discreetly’ on return to the country of origin. As a result, establishing refugee status for a claimant who is accepted to be gay, and from a country where gay people are liable to persecution, is more straightforward than it was under the previous case law. This may explain the readiness of some Home Office caseworkers to reject claims at the first hurdle, lest the case law prove too generous to claimants.

The UKLGIG report refers to some astonishing statements in refusal letters. Some common themes emerge, including an apparent requirement of sexual promiscuity (especially for gay men), a harsh approach to trivial discrepancies and an expectation that gay people instantly disclose personal details to immigration officers. In an example from my own casework, a claimant was disbelieved because he had not spent time on ‘gay websites’ or attended ‘gay clubs.’ In another, a gay woman from Uganda who failed to disclose her sexual orientation in a previous student visa application was said to have committed a deception. In yet another, it was held against the claimant that he described his most recent Valentine’s card as pink; the partner who sent it said it was red. ‘Risky behaviour’ behind closed doors is also deemed worthy of suspicion, as if the threat of being caught by a disapproving parent were enough to put off a lover in the throes of passion.

Practitioners can and should challenge the mistaken and prejudicial assumptions behind these statements in the Tribunal. The UKBA’s policy guidance, unfortunately not always followed by its staff, contains some useful material. For example, on patterns of disclosure in this type of claim:

For these reasons lesbian and gay asylum seekers may struggle to talk openly about their sexual orientation.

Generally speaking, self-identification as lesbian, gay or bisexual will be the normal starting point as an indication of a person’s sexual orientation. However applicants may not always feel able to disclose this straight away and it will need to be explored in greater depth at interview.

On the ‘behaviour/identity’ issue, there is useful guidance in the recent UNHCR Guidelines:

Ascertaining the applicant’s LGBTI background is essentially an issue of credibility. The assessment of credibility in such cases needs to be undertaken in an individualized and sensitive way. Exploring elements around the applicant’s personal perceptions, feelings and experiences of difference, stigma and shame are usually more likely to help the decision maker ascertain the applicant’s sexual orientation or gender identity, rather than a focus on sexual practices…

Interviewers and decision makers need to bear in mind that sexual orientation and gender identity are about a person’s identity, whether or not that identity is manifested through sexual acts.

Gay women face particular barriers in establishing their refugee status. Not only are they often largely ‘invisible’ in their countries of origin, previous forced and abusive relationships with men are sometimes relied on to ‘disprove’ their claimed sexual orientation. A nuanced approach, involving submissions on gender-specific persecution, and often expert evidence, will be required in these cases.

The UKLGIG report does note some improvement in the quality of Home Office decision making since it last reviewed the position around three years ago. But in a climate of disbelief and prejudice, claimants still face an unreasonable burden in ‘proving’ a fundamental part of their identity.