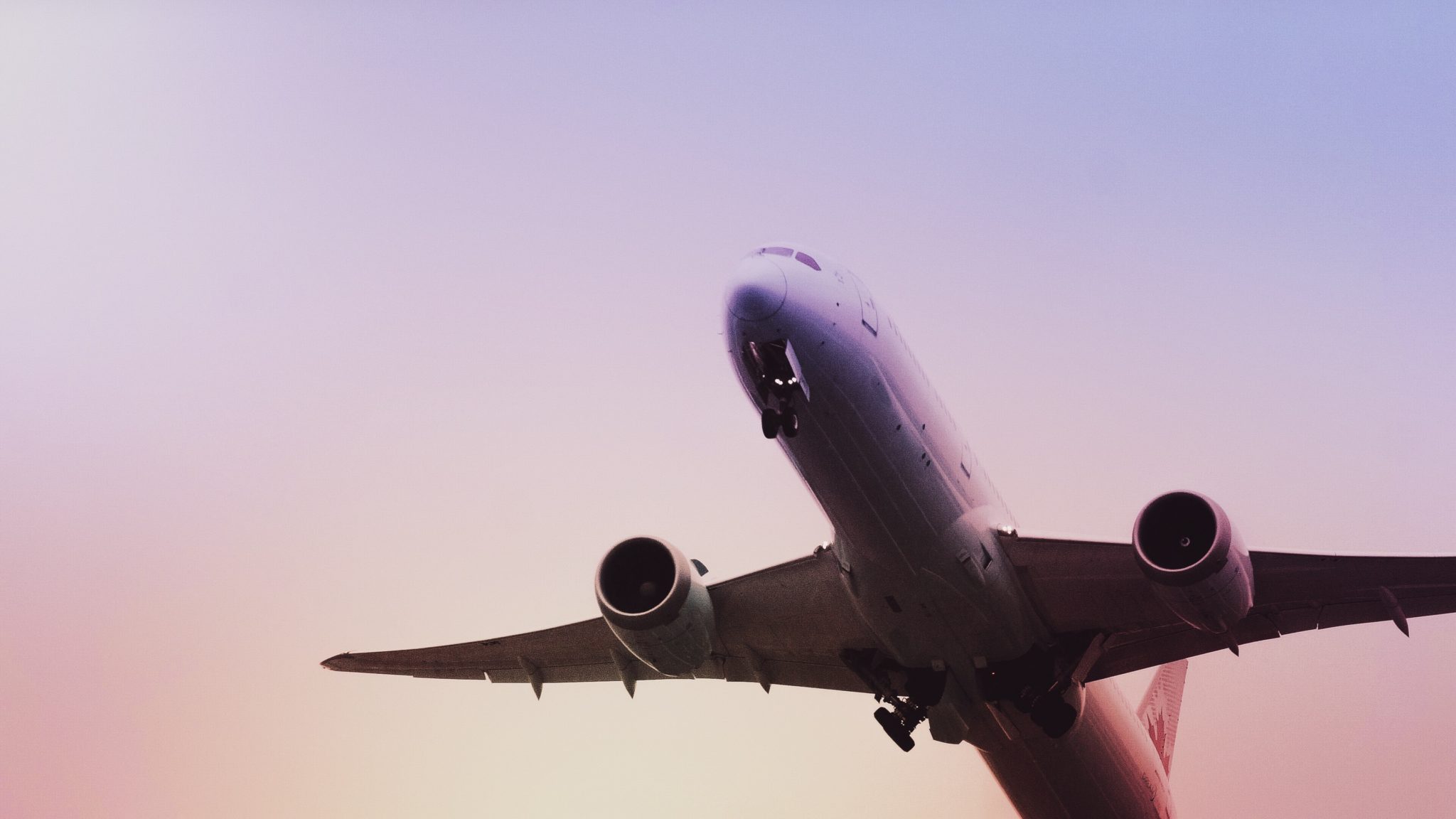 Public interest in deporting criminals can be reduced, says Court of Appeal

The Court of Appeal has given judgment in Akinyemi v SSHD (No 2) [2019] EWCA Civ 2098, a long-running appeal concerning the deportation of a man who was born in the UK in 1983, and has never left.

In reversing (again) the decision of the Upper Tribunal to dismiss Mr Akinyemi’s appeal, the Court of Appeal has given important guidance on the nature of the public interest in the deportation of foreign criminals and the circumstances in which its weight might be reduced.

The background facts are covered in our write-up of the case the last time Mr Akinyemi’s case was before the Court of Appeal. We will concentrate here on the main theme of the judgment, namely the weight to be given to the public interest in deportation cases.

The public interest in deportation: a brief recap

Ever since the foreign prisoner release scandal brought the issue to public prominence in 2006, the courts have been wrestling with the weight to be accorded to the public interest in appeals brought by foreign nationals against their deportation.

The key question is the extent to which, and in what circumstances, the public interest in having fewer criminals in the country can be outweighed by the individual rights of foreign national offenders who might have been in the UK a long time, or have family here.

This question was always posed within the context of Article 8 of the European Convention on Human Rights (protecting the right to private and family life). The courts would balance the competing interests: the public interest in deportation on the one hand, and the interests of the foreign national on the other (including, most prominently, family ties and length of residence).

The point the government has always made is that, in making its assessment, the courts have given insufficient weight to the public interest in its policy of deporting foreign criminals. This was broadly what Theresa May was (trying to) say in her 2011 conference speech as Home Secretary.

It was under Theresa May’s leadership at the Home Office that the government continued the work begun with the “automatic deportation” provisions of the UK Borders Act 2007, to compel the courts to attach greater weight to the public interest in these cases. This initially took place through changes to the Immigration Rules (see MF (Article 8 – new rules) Nigeria [2012] UKUT 393 (IAC)), and then via the Immigration Act 2014.

And as any deportation lawyer will tell you, in this endeavour the government has broadly prevailed: it is significantly harder for people to succeed in appeals against decisions to deport them than it was ten, or even five, years ago.

Can the weight of the public interest be reduced?

The most interesting question addressed in this case was the extent to which the public interest might be considered to have a “fixed quality”, an idea arguably traceable to the judgment of Lord Justice Laws in SS (Nigeria) v SSHD [2013] EWCA Civ 550.

In that case the Court of Appeal held that, due to its source (primary legislation) and its nature (moral and political), the policy of deporting foreign nationals represented a “pressing social need” (paragraph 52).

But given that the source and nature of the policy remains the same in every deportation case, the logical conclusion of these findings was that the policy of deporting foreign nationals would always represent a “pressing social need”.

And it follows from this that the weight to be given to the public interest in deporting foreign criminals must be, below a certain level (given its source and nature), irreducible.

Hesham Ali is back!

The Court of Appeal in Akinyemi (No 2) suggests that the weight to be accorded to the public interest in deportation can be reduced (see paragraph 50):

In support of its contention, the Court of Appeal relied on the opinion of Lord Reed in Hesham Ali [2016] UKSC 60 on the task of the tribunal, quoting paragraph 50 of that judgment:

Ultimately, it has to decide whether deportation is proportionate in the particular case before it, balancing the strength of the public interest in the deportation of the offender against the impact on private and family life. In doing so, it should give weight to Parliament’s and the Secretary of State’s assessments of the strength of the general public interest (emphasis added [by Court of Appeal in Akinyemi No 2]) …and also consider all factors relevant to the specific case in question.

It also cited with approval the opinion of Lord Kerr in the same Supreme Court case (paragraph 164):

The strength of the public interest in favour of deportation must depend on such matters as the nature and seriousness of the crime, the risk of re-offending, and the success of rehabilitation, etc. These factors are relevant to an assessment of the extent to which deportation of a particular individual will further the legitimate aim of preventing crime and disorder, and thus, as pointed out by Lord Reed at para 26, inform the strength of the public interest in deportation. I do not have trouble with the suggestion that there may generally be a strong public interest in the deportation of foreign criminals but a claim that this has a fixed quality, in the sense that its importance is unchanging whatever the circumstances, seems to me to be plainly wrong in principle, and contrary to ECtHR jurisprudence.

It is an interesting feature of this judgment that it relies so heavily on Hesham Ali, a decision which, as we wrote at the time, was said to have no application to decisions made under the statutory deportation scheme introduced by the Immigration Act 2014: see NE-A (Nigeria) v SSHD [2017] EWCA Civ 239 (paragraphs 13-14).

Giving judgment in Akinyemi (No 2), Sir Ernest Ryder held that the balancing exercise described in Hesham Ali was not undertaken by the Upper Tribunal, and the case was remitted for further re-hearing. He found at paragraph 39:

It is necessary to approach the public interest flexibly, recognising that there will be cases where the person’s circumstances in the individual case reduce the legitimate and strong public interest in removal. The number of these cases will necessarily be very few i.e. they will be exceptional having regard to the legislation and the Rules. I agree with the appellant that the present appeal is such a case.

He concluded, at paragraph 46:

I entirely accept that part 5A of the NIAA 2002 reinforces the statement of Executive policy that is to be found in the Rules and “sets the intended balance of relevant factors in direct statutory form” (per Lord Carnwath JSC at [14] in KO (Nigeria) v SSHD [2018] UKSC 53, [2018] 1 WLR 5273). The court must apply it. However, I do not accept that the underlying principles relevant to the assessment of the weight to be given to the public interest and article 8 have changed.

It is difficult to reconcile this conclusion with the broad run of cases over the past five years.

BUT WHAT DOES THIS MEAN?

If we assume that Hesham Ali is back, and the importance of the public interest in deportation can change depending on the circumstances (per Lord Kerr at paragraph 164), what does this mean in practical terms?

Lord Kerr identified a reduced public interest in deportation where there is a low risk of reoffending, and evidence of rehabilitation. He also held that its strength will depend on the nature and seriousness of the crime.

Obtaining up-to-date risk assessments and documents showing rehabilitation will obviously be important here. But also providing context to the offending behaviour, best done through witness statements and supported by expert evidence wherever possible.

But how does this fit into the assessment that all tribunals must make in these cases?

Where no exceptions apply, courts must still effectively decide under section 117(6) whether “very compelling circumstances” exist in any given case. Will circumstances in an individual case become more compelling because a court finds that the public interest in the individual’s deportation is reduced?

It is hard to see the logic in this without treating the section 117C(6) assessment as an old-school Razgar-style fifth step proportionality exercise. If this is the correct approach then maybe Sir Ernest is right: nothing has changed.