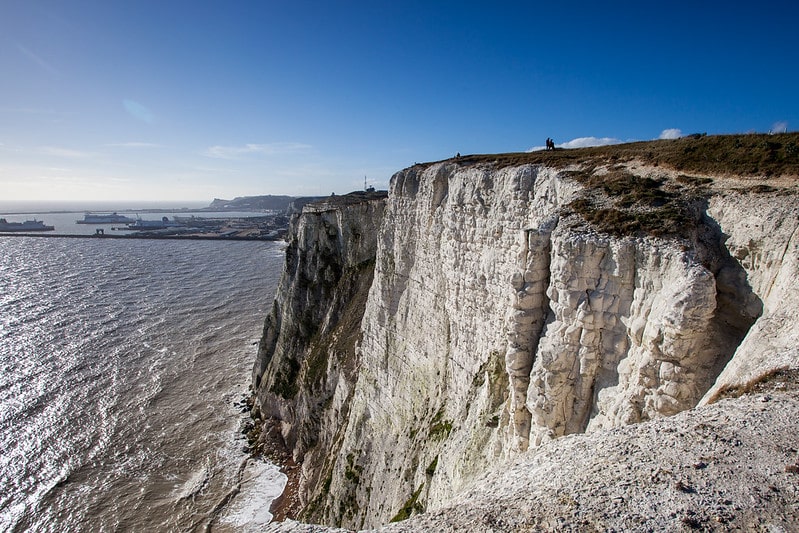 Briefing: sea rescue of refugees in UK law and proposals for change

It is indeed a criminal offence in UK law to fail to rescue a person in distress at sea in breach of the International Convention for the Safety of Life at Sea (SOLAS). The government is nevertheless legislating to grant immunity to officials who exercise new powers to push back asylum seekers trying to cross the English Channel.

UK law as it stands

“Law” is more than just legislation. In our common law system, case law is also important. So too, in any jurisdiction, is discretion within the criminal justice system. One example might be the Crown Prosecution Service’s guidance, custom and traditions on the circumstances in which certain offences will be prosecuted or not. Aside from prosecution policy, discretion also operates at a macro level in terms of allocation of resources and public statements of priority, and at a micro level when individual police officers decide at street level how they respond to certain situations.

The explanatory notes to the 2020 regulations state that:

Check the previous briefing if you want further details on SOLAS and the nature of these obligations.

Regulation 4 is an ambulatory reference, which means that it incorporates any amendments to SOLAS that take place after commencement of the regulations. Regulation 5(2)(n) states that relevant ships must comply with the SOLAS obligation of rescue. That includes the obligation to treat a person with humanity once on board and to disembark them in a place of safety. All of this is “regardless of the nationality or status of such persons or the circumstances in which they are found”. Regulation 9(2)(d) makes it a criminal offence to fail to do so with a maximum sentence of two years’ imprisonment.

These domestic regulations apply to any civilian or merchant ship, including Home Office vessels. With the law as it stands, a Border Force jet ski cowboy who fails to rescue a refugee in distress would not only be violating an ancient maritime custom now encoded in multiple international conventions, they would be committing a criminal offence in UK law. As discussed previously, should anyone die as a consequence, their relatives would also be able to bring a case for compensation against the instigator of the policy — the British government — based on human rights law.

There are also several criminal offences relating to illegal entry and assisting illegal entry. For our present purposes these are set out principally in the Immigration Act 1971 at sections 24, 25 and 25A:

Maritime enforcement powers — meaning the legal authority for officials to intercept ships at sea — are principally set out in Part 3A and Schedule 4A of the Immigration Act 1971. These grant various powers to immigration officials acting in UK territorial waters. The powers were only introduced in 2016 but it seems they were not very well thought through, as the government now proposes to fundamentally overhaul them (see below).

I have not yet encountered any case law or written guidance addressing the duty of rescue in UK law. This may well be because it is such a deeply embedded custom that there has never, until now, been any question of anyone not complying with international and domestic law on this issue.

In contrast, the meaning and scope of the various immigration offences has been quite heavily contested over the last 20 years or so and there are a number of reported cases. We’ve addressed some of these before and will not recite them all here. For example:

Much of this is set to change when the Nationality and Borders Bill becomes law.

The Nationality and Borders Bill includes a controversial new set of marine enforcement powers for Home Office officials. My colleague Adrian Berry has written a good blog post on this issue that I’d recommend readers take a look at. Issues arise of compliance with the law of the sea in general and in particular their compatibility with the international and domestic duty to rescue those in distress at sea.

Jurisdiction over the seas

Clause 41 of the Bill along with Schedule 5 will, if passed as it stands, extend the geographical jurisdiction in which enforcement powers can be exercised as well as extending the powers themselves.

As Adrian observes, the proposed new powers would extend the authority of immigration officials from British territorial waters into international and even foreign waters (see Schedule 5, paragraph 2 inserting a new section 28LA into the Immigration Act 1971). The new powers would be exercisable for the purpose of preventing, detecting, investigating or prosecuting certain immigration offences but only with the express authority of their Secretary of State in certain situations. The Secretary of State must be satisfied that the action concerned will not breach UNCLOS.

Oddly, the Bill would also restrict the exercise of existing maritime enforcement powers to police officers only, whereas previously they could be exercised by immigration or enforcement officers. The powers were only introduced by the last Immigration Act, in 2016. I stand to be corrected but have not heard of police operations at sea in connection with immigration issues. It is hard to see why this change is being made other than as a means of their de facto retirement.

Very extensive new enforcement powers are also to be conferred by the Nationality and Borders Bill. A power to seize and dispose of ships will be conferred by Schedule 5, paragraph 7, inserting a new section 28PA into the 1971 Act. Perhaps more controversially, a power to stop, board, divert and detain is conferred on immigration officials by Schedule 5, paragraph 10, inserting a new Part A1 into Schedule 4A of the 1971 Act.

We might as well call these what they are: pushback powers.

These pushback powers will be exercisable if an immigration official has reasonable grounds to suspect that certain immigration offences are being or have been committed. If so, the official may stop the relevant ship, board it, require it to be taken to any place on land or water in the UK or elsewhere and be detained there and the ship may be required to leave UK waters. The direct authorisation of the Secretary of State is required before a ship may be taken to a country outside the UK and that authorisation may only be given if the country concerned is willing to receive the ship.

Any person on board the ship may be required by an immigration official to comply with all of this (B1). Powers of search of the ship and anyone or anything on the ship are conferred (C1), as are powers of arrest and seizure (D1), protective searches of people on board for dangerous items (E1) and for nationality documents (F1). Reasonable force may be used (H1).

Any of these very extensive and invasive powers may be delegated by an immigration official to a person accompanying them (G1). That person can be any person whosoever.

Criminal and civil immunity for officials

To my mind, therefore, the most controversial provision may be the new Schedule 4A, Part A1, paragraph J1 :

(a) the act was done in good faith, and

(b) there were reasonable grounds for doing it.

Whether this attempt at criminal and civil immunity provides any real protection to immigration officials is unclear given the good faith and reasonable grounds qualifiers. It is hard to see how any person could ever have “reasonable grounds” for not rescuing a person in distress at sea, for example.

Anyone accompanying an immigration official and delegated to exercise all the relevant powers is not protected by this immunity clause.

As we have seen, UK domestic law imposes a criminal sanction on a person who fails to comply with the international law duty of rescue at sea. Individual immigration officials will be placing themselves in danger of prosecution should they comply with an instruction to carry out a pushback at sea if it appears the refugees may be in danger. This clause seeks to provide them with a defence, although it is not clear that it really does. Human rights law also imposes civil liability on the state for failure to take reasonable steps to protect the right to life.

Related to these pushback powers, clause 12(7) of the Nationality and Borders Bill would prevent an asylum claim being made in the territorial waters of the United Kingdom. I have been a little puzzled by this, as I said previously in a talk (at 14:01) about the Bill, because it is hard to see what effect it might have in practice.

Secondly, imagine that a person in a small boat wants to claim asylum in the UK. They are intercepted at sea in UK territorial waters. What is an immigration official going to do, except take them back to the UK for them to claim asylum on terra firma there anyway? The theory is that the asylum seeker can instead be returned to France or some other country or left adrift at sea, but it is hard to see that really happening in practice given that there is no agreement in place to do so and it seems unlikely we’ll start invading other countries.

Nevertheless, as Adrian has observed, this pretended excising of the UK’s responsibility for refugees is wrong as a matter of international law. It is not compatible with a good faith implementation of the Refugee Convention. Article 33 of that convention, the duty of non-refoulement, requires a state party to assess whether an individual is being expelled or returned (refouler) “in any manner whatsoever to the frontiers of territories where his life or freedom would be threatened”. You can’t do that if you metaphorically stick your fingers in your ears and refuse to hear what they say.

And if we think for a moment whether the UK would really claim that UK territorial waters are not “the UK” in any other context — fishing, oil, whatever — we can see this for the nonsense it is.

Clause 12 is really part of the package of measures that supposedly prepares the ground for “offshore processing” of asylum claims, whereby asylum seekers are intercepted before arrival and removed to another supposedly safe country or removed there even after they reach the UK.

This has been the approach adopted in Australia. Australia is, unlike the UK, surrounded by a whole lot of ocean and international waters and also relatively poor island states, some of which are willing to set up refugee camps for money.

A further point of difference is that the United Kingdom is a party to the European Convention on Human Rights. If removal of asylum seekers to Greece, through which they had already travelled, for them to live freely but in poverty was ruled inhuman and degrading, it seems likely that removal to be detained in some other, probably far poorer country, with which they have no connection, would too.

Is this for real?

In some ways, it is hard to get terribly excited about all these new powers. They are probably just sops either to the minister or to the public to distract from abysmally poor management of basic nuts and bolts Home Office operations like the speed of asylum decision-making. It is hard to believe that pushback operations really will be pursued in the English Channel in a way that might endanger lives. There is no agreement with another country to receive asylum seekers who make claims for asylum in the United Kingdom, nor does it seem likely such an agreement might be reached.