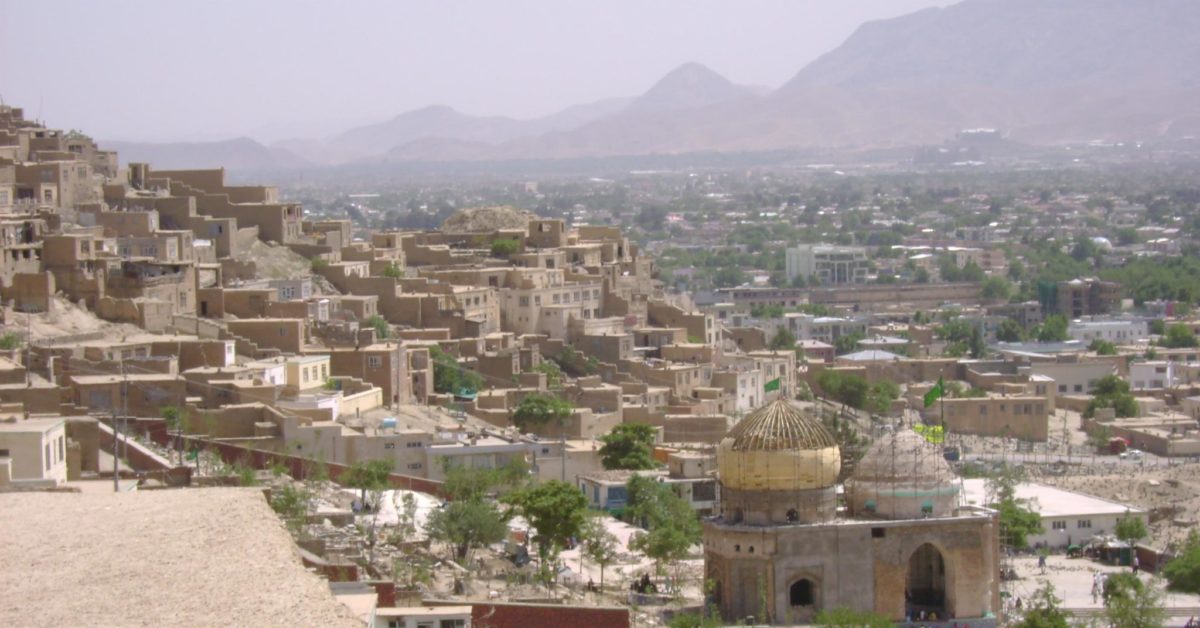 So much for the safety of Kabul

Like many refugee lawyers I have watched in horror as the Taliban, taking their cue from the US troop withdrawal, have swept through Afghanistan. At time of writing, it has been confirmed that the Taliban have taken most of the country, including the major cities of Kandahar, Mazhar-Al-Sharif, Herat and Jalalabad. President Ghani and Vice President Saleh have reportedly fled the country; the US and UK embassies are desperately trying to airlift staff out; and the Taliban are at the edges of Kabul, ready to enter the city.

All signs are that the Western-backed government fell apart as soon as international forces all but deserted the country. The Taliban will be the new governing force, leading to a return to the repression and human rights abuses that caused millions to flee the country during their previous regime in the late nineties.

I have worked on around 100 asylum applications for Afghan citizens in the UK, at least 65 of whom have been granted permission to remain (23 other clients are still navigating their way through the system). From listening to, and believing, the accounts of men, women and children fleeing persecution, I have gained an understanding of the desperate situation in Afghanistan that many European governments have been unwilling to accept. The reestablishment of the Taliban state after 20 years is entirely unsurprising; the human rights abuses to follow, inevitable.

History of Afghan asylum claims in the UK

After a brief amnesty in the early 2000s in which the UK accepted the necessity and genuineness of claims from Afghan asylum seekers, those since seeking refuge from the warzone of their country have faced a lengthy uphill battle to be recognised as refugees. The UK government’s disdain for the protection needs of Afghan asylum seekers reached its pinnacle in the early 2010s when claims were considered, and summarily rejected, under the Detained Fast Track system. Claimants were subsequently removed en masse by monthly charter flights.

Afghans would arrive in the UK claiming horrendous ill-treatment (or the threat of it) and were told that their account was not credible. It did not live up to the official perception of the situation in Afghanistan at that time; in any event, they could supposedly escape the threat of torture and persecution by relocating to Kabul, which was considered to be a safe “internal flight alternative”.

The case of PM and Others (Kabul – Hizb-i-Islami) Afghanistan CG [2007] UKAIT 89 was the first to give wide guidance on the issue of returns to Kabul. GS (Article 15(c): indiscriminate violence) Afghanistan CG [2009] UKAIT 44 then determined that whilst there existed an internal armed conflict throughout Afghanistan, the level of violence did not rule out safe return. This position was upheld in AK (Article 15(c)) Afghanistan CG [2012] UKUT 163 (IAC) — although the tribunal did acknowledge that return to Taliban controlled areas would not be reasonable.

As the security situation deteriorated, the Taliban grew in power and influence in rural areas, and the peak of 100,000 troops in the country began to rapidly fall, the situation for Afghan asylum claimants in the UK somewhat improved. The Detained Fast Track was found to be unlawful in 2015, and challenges to the policy of monthly charter flights in HN & SA (Afghanistan) [2016] EWCA Civ 123 led to interim relief orders suspending their operation. The Home Office subsequently elected not to continue the charter flight programme after 2016. Updated country guidance was finally given in AS (Safety of Kabul) Afghanistan CG [2020] UKUT 130 (IAC) which maintained the assessment that “healthy young men” could relocate to Kabul but provided a bleak picture of the situation on return.

Whilst fresh asylum claims would previously have needed a judicial review claim before the Home Office would accept that the paragraph 353 threshold had been met, in recent years further submissions would result in a right of appeal in almost all cases. The Home Office finally accepted that the beleaguered security services were unable to offer protection for anyone at risk of persecution in Afghanistan (although the relocation alternative to Kabul was enthusiastically maintained).

As a result of this dedicated work by lawyers, young men in the UK who had long since fallen into desperation and psychiatric ill-health found themselves with a chance at safety and security.

The current Afghanistan country guidance decision remains AS (Safety of Kabul). The Home Office relies on this judgment in its policy and information notes on Afghan asylum claims and has cited it in letters refusing asylum as recently as Friday. Among other things, the guidance as set out in the headnote says:

There is widespread and persistent conflict-related violence in Kabul. However, the proportion of the population affected by indiscriminate violence is small and not at a level where a returnee, even one with no family or other network and who has no experience living in Kabul, would face a serious and individual threat to their life or person by reason of indiscriminate violence.

And on the reasonableness of internal relocation to Kabul:

However, the particular circumstances of an individual applicant must be taken into account in the context of conditions in the place of relocation, including a person’s age, nature and quality of support network/connections with Kabul/Afghanistan, their physical and mental health, and their language, education and vocational skills when determining whether a person falls within the general position set out above… A person with a support network or specific connections in Kabul is likely to be in a more advantageous position on return, which may counter a particular vulnerability of an individual on return…

But the Upper Tribunal did not look at the levels of violence and Taliban dominance on a province-by-province basis. The analysis in AK was unchallenged and unaffected:

In relation to Ghazni… we note that it is accepted that there are significant numbers of districts in that province under Taliban control (although not the city itself) and we do not exclude that, for most civilians in such districts that is a factor that may make it unreasonable for them to relocate there, although that is not to say that a person with a history of family support for the Taliban, would have difficulties; much will depend on the particular circumstances of the case. Outside Taliban controlled districts, however, we do not find that internal relocation would in general be unreasonable.

All parties therefore accept that people cannot safely return to their home areas if they are Taliban controlled.

What next for Afghan asylum seekers?

What will happen next to the hundreds of thousands who will now flee Afghanistan, and to the thousands of undocumented Afghans already in the UK waiting for an asylum decision?

The Home Office has so far continued to rely upon the guidance in AS and AK and has not updated its country policy and information note on the security situation since June 2020. Refusal letters drafted even as the Taliban began to take cities with ease continue to insist that Kabul is a safe and reasonable internal flight alternative.

This viewpoint is clearly now unsustainable. AK states that it is unreasonable to return and relocate to any area under Taliban control. The Taliban has seized control of almost the entire country including all major cities. Kabul, the “safe” internal relocation alternative and the seat of government, will be taken by the Taliban imminently (if it has not been already by the time this article goes live).

Whatever the country guidance says, there are no longer districts outside Taliban control to return or relocate to. It seems unlikely that this situation will change for many years given how embedded the Taliban are throughout society.

It is surely now incumbent upon the Secretary of State to immediately reassess her policy position on Afghan asylum seekers. Her guidance is now out of date and her position that it is, “in general”, safe and reasonable for Afghans to return to Kabul is unsustainable. Despite its long gestation and relatively recent publication, AS (Safety of Kabul) is now unrepresentative of the situation on the ground.

Practitioners should demand rapid resolution of Afghan clients’ asylum claims and insist that they are finally given the chance at a secure life in the UK. We must insist that all Afghan asylum appeals undergo a review to re-assess their suitability for a grant of asylum before the case is listed and heard. An amnesty should be offered for undocumented Afghans in the UK — including those without lawyers — to properly reflect the humanitarian situation in their homeland.

As Kabul falls, it is my responsibility to ensure that my clients never again experience the fear of being returned to the warzone that they have left behind. Afghanistan is not safe. 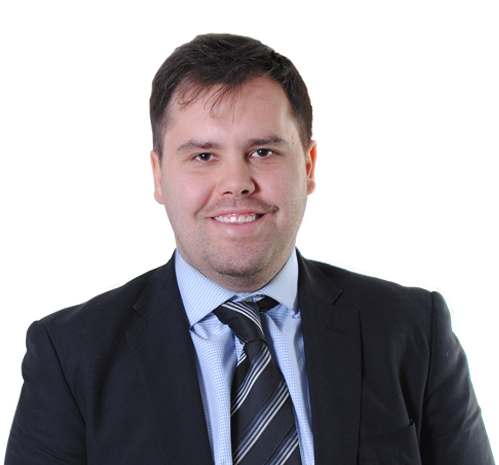 Jamie Bell is a solicitor in the Public Law and Immigration Department at Duncan Lewis, where he has a particular commitment to representing Afghan asylum claimants.