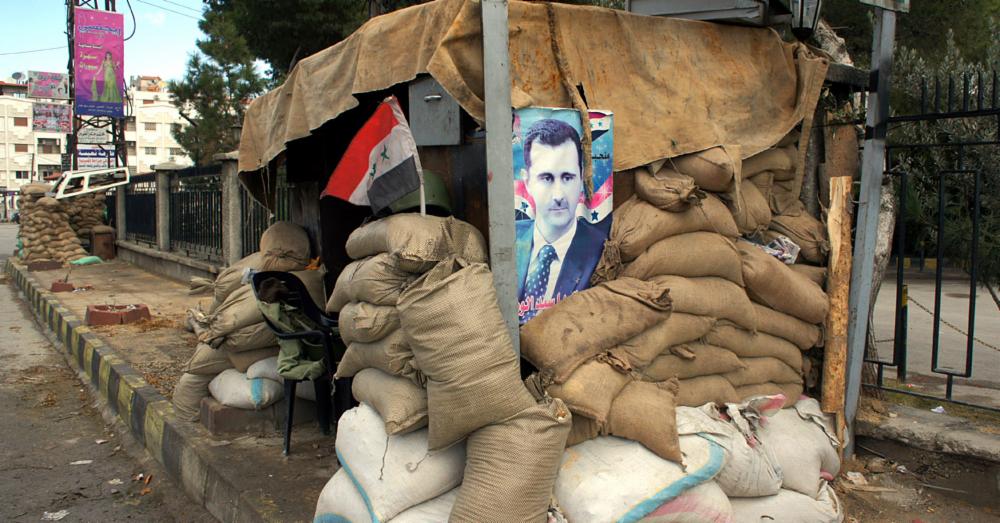 Appellants in immigration cases would normally be delighted if a court made an unambiguous finding that the government had acted unfairly towards them. Not so the family of Bashar Al-Assad. In a very unusual judgment, the Special Immigration Appeals Commission (SIAC) in LA & Ors (Natualisation : Substantive) [2018] UKSIAC 1 SN/63/2015 has found that despite the Home Secretary having acted unfairly in refusing four applications for citizenship from relatives of the Syrian president, the outcome would inevitably have been the same even if she had acted fairly. This left the appellants unable to obtain any relief. The Home Office decision to deny them citizenship stands.

All four appellants in this case are members of the extended family of President Bashar Al-Assad of Syria. Specifically, they are all relatives of Bashar Al-Assad’s uncle, Refaat Al-Assad. LA is one of Refaat’s four polygamous wives, MA and RA are Refaat and LA’s children. SAA is the son of Refaat and his third wife Raja.

All of their applications remained “under consideration” for several years; not unheard of, but nonetheless an unusually lengthy amount of time. The majority of citizenship cases are decided in under six months. LA and MA’s solicitors were ultimately forced to initiate judicial review proceedings in order to force some movement on the cases. A decision on their applications was eventually issued in January 2017 and decisions for RA and SAA followed in February 2017.

LA’s application was refused for the following reasons:

You are the wife of Refaat Al-Assad, the uncle of President Bashar Al-Assad of Syria. Although widely reported as estranged from Bashar Al-Assad, Refaat is the brother of Hafez Al-Assad (the late former president of Syria). Refaat was a well-known and prominent member of his brother’s regime during the 1970s and 1980s – a regime that is widely held to have committed crimes against humanity.

Although it is not possible to assess the exact nature of your current relationship with Bashar Al-Assad and the Syrian regime, it is noted that the regime has become inextricably linked over the last few decades with the extended Assad family.

The UK plays a prominent and leading role in Syria. It is a key member of the Syria Support Group and leads at the UN Security Council and Human Rights Council to secure resolutions that condemn regime activity against civilians.

In light of the above the Home Secretary has determined that to grant you a certificate of naturalisation would have an adverse impact on the UK’s international relations and therefore it would not be in the public interest to grant you British Citizenship.

Refusals were given in similar terms to RA, SAA and MA. MA, additionally, was refused because of his parents’ immigration status and because his future did not clearly lie in the UK.

Officials reached these decisions based on advice from the Foreign Office. It is fascinating to read some of the reproduced email correspondence, which reveal details such as that Refaat has often been called ‘the butcher of Hama’ for his alleged role in the 1982 massacre of 40,000 people in that city  in response to an uprising against the Assad regime. The Foreign Office  formed the view that:

based on considerations of international relations, we recommend that the subjects should not be granted British citizenship. The Foreign Secretary agrees.

Granting British citizenship to people with family ties to the Syrian government would be seen, mandarins thought, as the UK softening its stance towards the regime.

Decision found to be unfair, but upheld just the same

SIAC considered five legal issues in relation to these refusals.

1. Was the ‘public interest’ policy contained in the Nationality Instructions in force at the time of decision lawful?

Yes. Section 6(1) confers a wide discretion on the Home Secretary. So long as that policy is rational, she can refuse an application on public policy grounds. The public interest policy, at the time in chapter 18.1.4 of the Nationality Instructions, stated:

The Home Secretary may, in particular, refuse to grant a certificate where the applicant meets the statutory requirements but it would not be in the public interest to grant citizenship. This could be for reasons relating to their actions, behaviour, personal circumstances and/or associations (including family relationships).

For example, citizenship may be refused where granting the application could:

In particular, the applicant’s associations, including family relationships, with those who have been or who are engaged in terrorism or unacceptable extremist behaviour or who have raised security concerns, will normally warrant a refusal of citizenship. Due regard will be given to whether an association is current and/or whether family ties have been severed.

Sadly the detailed Nationality Instructions referred to in the judgment have now all been replaced by modernised documents. The current policy document makes no mention that I can see of refusals on public interest grounds. Where this leaves the Home Office in relation to future applications of a similar nature I don’t know. The policy might have been moved to another document that is buried somewhere on the gov.uk site. But that is perhaps for a future challenge.

2. Were the decisions rational?

Yes. A rationality challenge could only succeed where the expert advice relied on was manifestly inadequate or misconceived. SIAC is not equipped to pass judgment on the adequacy of the Foreign Office’s advice. In any event, courts should be slow to interfere with the conduct of foreign relations by the executive. The decisions of the Secretary of State  in this case were open to her — it would have been Amber Rudd at the time — based on the advice received from the diplomats.

3. But did the Secretary of State act unfairly?

Yes. Applicants for naturalisation are entitled to be told of any concerns about the application which the Home Office has and which the applicants have no other means of deducing at the time of application (for example, by reading the application form or guidance). The appellants in this case did not have any means of deducing the factors that led to their refusal and should have been given an opportunity to influence the Home Office’s thinking before the decision was made. The court proceeded to list nine factors that influenced its conclusion that the Secretary of State acted unfairly.

For most appellants, this would be a decisive finding that would signal success. If a public authority has been found to have acted unfairly in reaching a decision, it normally follows that the decision will be quashed. Not in this case however.

4. Did the Secretary of State act unlawfully in MA’s case?

SIAC considered the issue of where the child’s future lies and determined that the Home Office  ought to have put its doubts to MA and was not permitted, within the terms of the policy, to decide the issue without seeking comment. The Secretary of State’s “failure to inform herself about MA’s future life was a material error”. This would, again, normally have been decisive in such a case. But SIAC went on to find, again, that the public interest factors prevail.

5. What relief, if any, should be given?

SIAC decided that section 31(2A) of the Senior Courts Act 1981 did not apply to its decisions, and therefore it had to consider the common law about relief in judicial review. The common law position is that the High Court has discretion to refuse relief where it is satisfied that if the error had been found not to have been made, the outcome would necessarily or inevitably have been the same.

This led SIAC to conclude at paragraph 114 that:

The appellants therefore, despite a seemingly successful challenge on fairness grounds, were denied any relief on the ground that the Home Office’s decision would have been no different even if it had been fairly made. The court, not seeking to be the arbiter of “the public interest”, rightly gives deference to the executive.