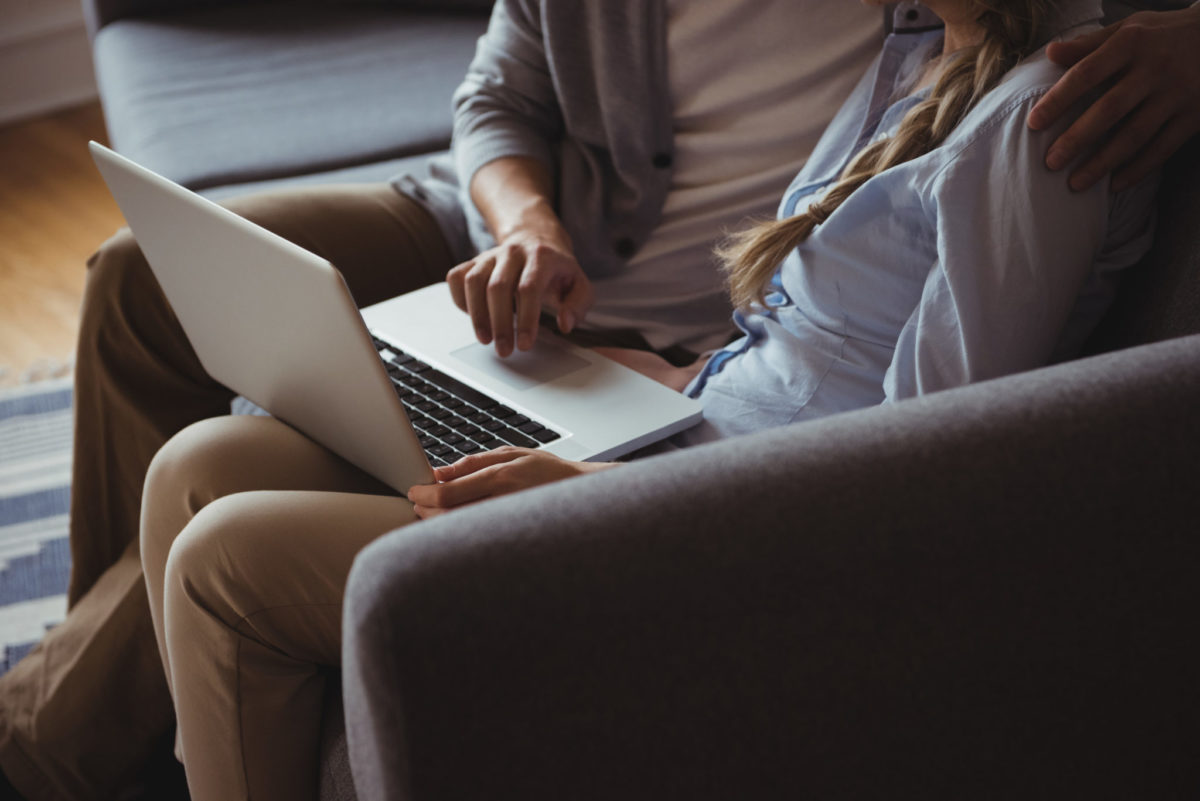 Making an immigration application for clients is all in a day’s work, but working on your own wife’s visa is enough to reduce even an expert to tears, writes an anonymous Free Movement contributor.

While courting my wife during a sabbatical abroad, I would worry about things like whether I had bits of food on my face during dates, or whether we could get the bus home instead of a cab.

I wasn’t worrying about Appendix FM, or the stringent spouse visa rules. Given our respective poor fortunes to be a non-UK national in her case, and a UK immigration lawyer in mine, you might find this strange.

However, following a whirlwind romance of the type not generally catered for by the Immigration Rules, we got married, got pregnant, and decided to move to the UK, ensuring our child could claim his rightful share of the post-Brexit dividend.

Having spent the best part of a decade politely asking immigration clients to stop crying in my office, I was now in their shoes: tears rolling down my cheeks, trying to explain to my increasingly baffled spouse why Appendix FM did not appear to have any numerical order.

During the celebration of bureaucracy that followed, I honed my application short-game, and reached the following conclusions.

The stated purpose of the minimum income requirement is to prevent people coming to the UK who are going to end up relying on benefits. British national sponsors are therefore required to show that they have a job or savings of a certain amount.

Having begun our relationship in a third country on an extended break from work (which I spent studying, doing voluntary work, and writing half a novel that nobody will ever pay me for), I could not meet the terms of the requirement.

On the other hand, my wife’s income — earned as a senior executive of a large corporate — of about £60,000 per year could not be counted.

As a result, we spent approximately 18 months re-organising our lives around this provision, across three continents and with a baby on the way, because only income earned by the British national mattered.

The fee for a spouse visa is £1,964, including the £500 health surcharge my wife will have to pay despite having a job in the UK and paying taxes towards the NHS, and anyway having private health insurance.

In addition, given the unacceptable waiting times of several months for entry clearance applications, we paid for the application to be expedited. The cost of this was £595.

As a part of the application process you also have to purchase a specific courier service (£100) for the return of documents from Sheffield, casually marked up from the amount we would otherwise have paid.

The total cost of the visa, to last for 2.5 years before two similarly expensive applications will be required to extend leave and eventually settle, was £2,659.

This does not include legal fees (for which I have billed my wife, minus her friends and family discount), or the many, many flights required to continue to stay together while keeping on the right side of three different countries’ immigration regimes.

I wonder if Theresa May meant people like my wife when she talked about the creation of a hostile environment for immigrants? One begins to understand how these measures are taken personally.

3. You have to embrace the crazy

Even though, by the time we made the application, we had worked our way into a position where we clearly met the rules, it loomed over us.

We were placing our future in the hands of an organisation with a terrible reputation for dealing with “customers” in a reasonable or timely way, with real and brutal consequences where mistakes are made.

With only a toothless administrative review process available from the Home Office, and extraordinarily long waits for appeal hearings, there is no remedy that would be effective for us: we would simply apply (and pay) again.

The possibility of a refusal and accompanying separation sits with you, gnawing away.

We also had to work around the birth of our son in the middle of the process, in my wife’s home country, and the not-very-widely-publicised suspension of spouse visa application decisions while awaiting the Supreme Court decision in MM (Lebanon) & Others v Secretary for the Home Department [2017] UKSC 10.

I found it helped to fully embrace the requirement to demonstrate that my wife and I were in a genuine and subsisting relationship and met all of the requirements of the rules.

Highlights included buy-in from family members who provided statements containing photographs they had selected, a specifically created photo album from Boots (these are great by the way, allowing for narrative to be provided next to the pictures in an attractive format), and our history of Amazon orders demonstrating cohabitation for the previous 18 months in various countries.

In the end, the application read like an idiot’s guide to our recent lives, with an approach based on the Gulf War General “Storming Norman” Schwarzkopf and his theory of “overwhelming force”. You are prepared to fight so well that, in the end, you do not have to.

All applications should be prepared thus.

4. The Home Office expects us to think about visas while falling in love

Some other thoughts occurred to me during the process.

The spouse visa guidance was amended after MM to allow people who could not meet the minimum income requirement to argue that it would be “unjustifiably harsh” to refuse their application in certain circumstances. The bar for this has been set extremely high.

the couple chose to commence their family life … while one of them was temporarily in another country, therefore knowing that they would have to meet the immigration requirements of one country or another in order to live together.

The idea that a couple would not start a relationship due to visa restrictions is absurd.

And certainly, during early dates with my wife, notwithstanding my trade as an immigration practitioner, these words were not ringing in my ears as I stared into her eyes, and sang 7 Days by Craig David, acapella.

Genuine couples fall in love, and then figure everything out afterward, not the other way around.

5. You can’t have a proper relationship by “modern means of communication”

Even before I got married, I knew this to be true. But having a child has revealed the full horror of what was generously described by the Upper Tribunal in Omotunde (best interests – Zambrano applied – Razgar) Nigeria [2011] UKUT 00247 (IAC) as a “wholly unrealistic suggestion” on the part of the Home Office.

That my significant other is a national of a country which does not require a visa in order to visit meant that our time apart was mercifully short.

But during these periods of enforced separation, we would video call on our phones. Our son spent most of his time trying to turn the phone around to see if I was behind it.

As he acquired British nationality at birth I briefly considered recording our son’s middle names as Ruiz Zambrano on the hospital documentation, as a veiled threat to the Secretary of State.

Unfortunately, notwithstanding my explanation of how derivative rights of residence might be useful at some stage, my wife calmly explained that that was not a name upon which we had agreed.

6. Expedition is worth every penny

The last spouse visa application I sent on behalf of a client — late last year — took four and a half months to be decided.

Although this is not particularly long in the context of Home Office decision-making, it was an unacceptably long period of time to be apart from my family.

Having paid for the application to be expedited, it was decided within a week. This was, of course, a huge relief, and credit where it is due: the process of expediting the application worked.

It also confirmed — if further confirmation were needed — that the UK visa infrastructure is increasingly reserved for those who can afford it.

After 18 months of uncertainty, we travelled to the UK last weekend.