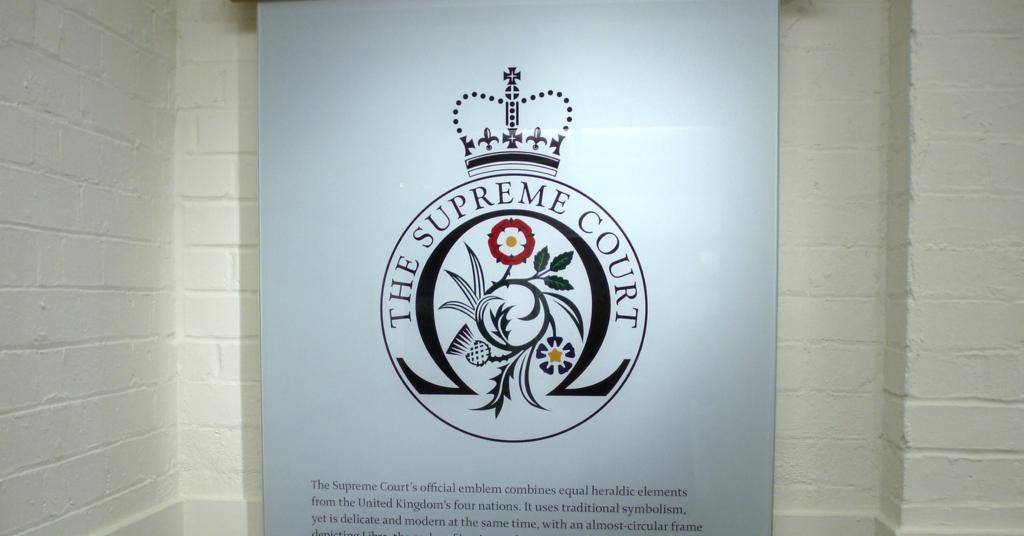 In Sanambar v Secretary of State for the Home Department [2021] UKSC 2 the Supreme Court has dismissed the appeal against deportation of an Iranian citizen who arrived in the United Kingdom aged nine in 2005. He had committed several knifepoint robberies as a teenager, between the ages of 14 and 17, and several other lesser offences. He was convicted aged 17 and sentenced to three years’ detention in a Young Offender Institution.

Deportation proceedings began in 2013, soon after Theresa May’s changes to the deportation rules. Mr Sanambar won his appeal to the First-tier Tribunal but permission was granted to the Home Office to appeal further because by that time still more changes to deportation law had been introduced (in 2014) which should have been applied. The Upper Tribunal went on to allow the Home Office appeal in 2015. Mr Sanambar’s appeal to the Court of Appeal was dismissed in 2017: AS v Secretary of State for the Home Department [2017] EWCA Civ 1284.

The Supreme Court outlines the correct approach to follow in determining deportation appeals. The appeal was ultimately dismissed because the court held that the Upper Tribunal had followed that approach in this case.

We are reminded that the leading Strasbourg cases are Boultif, Uner and Maslov. In cases involving the expulsion of young adults, the four Maslov criteria are quoted:

(i) the nature and seriousness of the offence committed by the applicant;

(ii) the length of the applicant’s stay in the country from which he or she is to be expelled;

(iii) the time elapsed since the offence was committed and the applicant’s conduct during that period; and

(iv) the solidity of social, cultural and family ties with the host country and with the country of destination.

In Akpinar, the court held that there is no legal “rule” as such that the deporting state must show “very serious reasons” for deporting a young adult resident since childhood. In Kamara, Lord Justice Sales (as he then was — and he was on the panel for this Supreme Court appeal) held that the word “integration” within the meaning of the 2012 rules and 2014 legislation denotes a broad concept:

In my view, the concept of a foreign criminal’s ‘integration’ into the country to which it is proposed that he be deported, as set out in section 117C(4)(c) and paragraph 399A, is a broad one. It is not confined to the mere ability to find a job or to sustain life while living in the other country. It is not appropriate to treat the statutory language as subject to some gloss and it will usually be sufficient for a court or tribunal simply to direct itself in the terms that Parliament has chosen to use. The idea of ‘integration’ calls for a broad evaluative judgment to be made as to whether the individual will be enough of an insider in terms of understanding how life in the society in that other country is carried on and a capacity to participate in it, so as to have a reasonable opportunity to be accepted there, to be able to operate on a day-to-day basis in that society and to build up within a reasonable time a variety of human relationships to give substance to the individual’s private or family life.

Neither the 2012 rules nor the 2014 legislation are set out in the judgment, curiously. The focus is very much on the jurisprudence. Admittedly, the domestic cases are based on the statutory scheme. Nevertheless, it feels like the statutory scheme is increasingly marginalised in high level cases. As Sir Declan Morgan (a “visiting judge” of the Supreme Court, apparently) said at paragraph 49:

It is clear that a delicate and holistic assessment of all the criteria flowing from the Convention’s case law is required in order to justify the expulsion of a settled migrant like the appellant who has lived almost all of his life in the host country.

This is an important message to the lower echelons of the judiciary and I imagine will feature in many an appellant skeleton argument.

The outcome is obviously very bad, tragic news for Mr Sanambar and his family. Having been brought lawfully to the United Kingdom aged nine and having lived here now for 16 years, having witnessed and been exposed to domestic abuse as a child, he now faces deportation to a country to which he is essentially a stranger.

The decision of the Upper Tribunal, upheld by the Supreme Court, was that Mr Sanambar would not face “very significant obstacles to integration” in Iran. This is the statutory test introduced by the Immigration Act 2014. The use of the word “integration” invites, and has been held to require, consideration of some pretty questionable and often racialised factors.

In this case, the factors in favour of remaining in the UK were considered to be:

The appellant had not been in Iran since he was nine years old. He had become used to life in the United Kingdom and the relative freedoms that he enjoyed as a young person in this country were unlikely to be as readily available in Iran. The tribunal accepted that he did not read or write Farsi. He was not aware of any relatives in Iran and there was nothing to indicate that his mother has any contact with any such relatives. He would have difficulties in obtaining employment and/or further education or training because of the length of his absence from Iran and the lack of ability to read or write.

Against that, he spoke Farsi and

presented as an academically capable young man who was able to articulate himself in an appropriate manner. He obviously had ambitions and was interested in becoming a mechanic. All of that suggested that he would be able to adapt to life in Iran because of his intelligence and his ability to speak the language.

This all suggests he could rehabilitate here in the UK as well, of course. Instead, having turned him into a criminal, we’re sending him off to Iran.

He also, apparently, had connections to Iran because his mother was from that country, she had visited for two weeks in 2008 and 2012 and she had a friend there with whom she kept in touch. These were supposedly factors “which could reasonably be said to afford the appellant some assistance in terms of integration”. Obviously, any foreign criminal has foreign parents by definition. The level of connection of the parent to the country of origin was extremely tenuous, and this looks a lot like circular reasoning: a foreign criminal is deportable because they are foreign.

Finally, it was found to be relevant that the offences committed by Mr Sanambar showed that he “was plainly and obviously very assertive. That showed a certain robustness of character”. I’m no criminologist, but at face value this seems like total and utter nonsense.

There is a glimmer of possible light at the end of the judgment for Mr Sanambar and his family. Noting that it is now five years since the Upper Tribunal reached its conclusions, Sir Declan Moran suggests that a fresh claim based on a material change of circumstances might potentially be considered.

There are some highly questionable inclusions in the Supreme Court’s judgment which, in my own view, go beyond mere “bad news”.

At paragraph 4, we are told that Mr Sanambar carried out his robberies around Barnes Pond and the Common in west London and that he “deliberately chose this area to target ‘young posh people'”. These were the words of Mr Sanambar himself but, to put it charitably, it is a little difficult to see the relevance of this statement in the Supreme Court’s judgment. Are crimes against young (or old) poor people somehow less serious? Is it even possible to come up with a less transparent synonym for “white”?

At paragraph 51, Sir Declan Morgan observes for some reason that Mr Sanambar “would have received a much longer sentence if he was an adult”. Yes, but he didn’t because he wasn’t. Why say that? There are good reasons juvenile offenders receive lesser sentences. This line of the judgment causes one to suspect that those reasons are not being applied in the context of this deportation appeal.

There’s just no need for these regressive comments. Their inclusion in the judgment is revealing.