The Drooling Hounds of Manchester Airport

If you are planning to return from the continent with a little illicit saucisson and brie, then beware of the dogs at Manchester Airport.

According to David Bolt, the independent chief inspector of Borders and Immigration, the Border Force detector dogs at Manchester ‘were making multiple detections of small amounts of sausage and cheese wrongly brought back by returning British holiday makers’, yet failing to make any detections of heroin or cocaine.

In his recently published ‘Inspection of Border Force operations at Manchester Airport’, Bolt found that the six detector dogs deployed at the airport were not delivering effectively against ‘Control Strategy’ priorities. Between November 2014 and June 2015, the dogs had made no detections of Class A drugs at all, in contrast to the multiple detections of sausage and cheese, which Bolt stated ‘posed minimal risks to UK public health’. Bolt stated that a senior manager agreed that there was a “lack of innovation” in the use of dogs.

A national review had apparently recommended “dynamic and flexible deployment of dog units” but this was said not yet to have filtered down to “frontline teams.” Arguably this might be expecting a little too much of the teams of dogs in question.

Among Bolt’s recommendations to Manchester Airport’s Border Force are to ‘consider whether the deployment of staff and dogs in the customs channels has become predictable and therefore less effective against experienced smugglers’. So does this mean that the experienced smugglers are sending in decoys with suitcases stacked with the contents of a French deli whilst the Class A’s slip by the hounds unnoticed?

You also have to wonder what happens to all that confiscated sausage and cheese? I feel a sketch for ‘Come Fly with Me’ coming on. 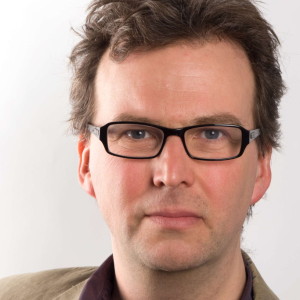 Chris specialises in family law and areas of cross over with immigration law, having acted for vulnerable migrants in family proceedings. He is a contributor to the latest 10th edition of Macdonald's Immigration Law and Practice.