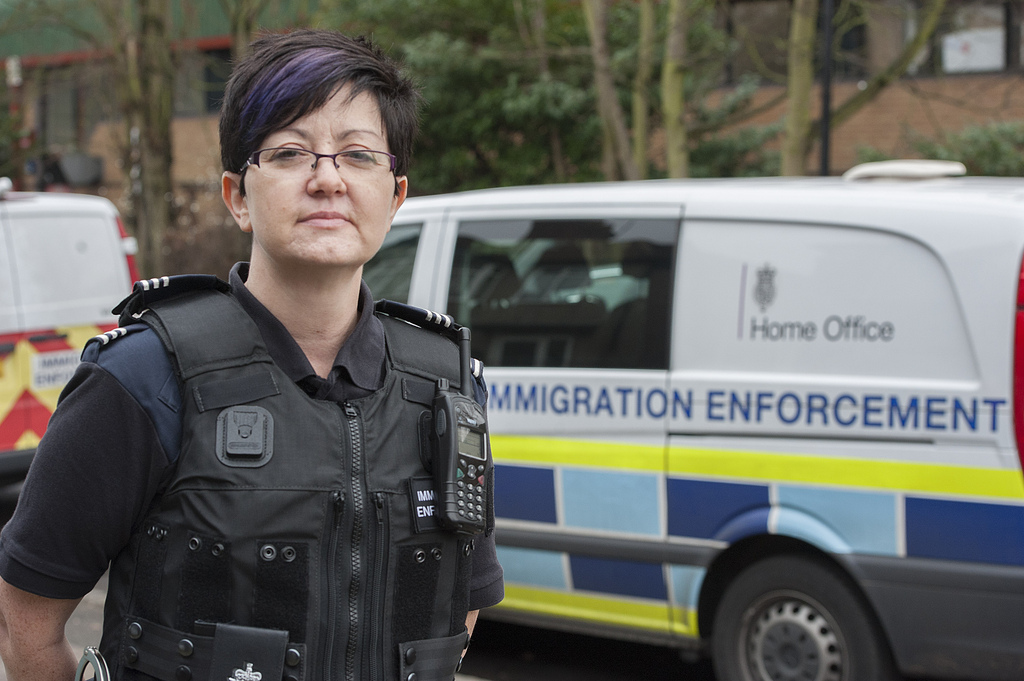 From the outside looking in, initial immigration enforcement decisions like that in Glasgow last week to detain a person often seem opportunistic and random rather than strategic. The result is that the ‘wrong’ people end up being detained. We know this because of the high number of vulnerable people being detained who should not be according to the government’s own policies, the high level of compensation payments being made for unlawful detention, and the fact that the proportion of detainees released into the community from so-called ‘removal’ centres now stands at over 50 per cent – a proportion that has increased significantly in recent years.

How can it be, then, that in 2012, a joint inspection report on immigration detention casework by HM inspector of prisons and the chief inspector of borders and immigration found that most decisions to detain were ‘reasoned and defensible’, and only around 10 per cent were not?

First of all, when a country is detaining around 25,000 people per year, a 10 per cent rate of error is still 2,500 people. Secondly, it can be said that detention causes vulnerability, particularly if prolonged; the mental and physical health of detainees can deteriorate rapidly in immigration detention. As a high-level review of previous research by eminent doctors in 2018 concluded,

Detention should be viewed as a traumatic experience in and of itself.

Thirdly, the pathways into detention generally rely on happenstance rather than planning. Officials are not in general identifying high-risk migrants, planning their removal, putting the documents in place to ensure their expulsion and then efficiently detaining and removing them. Rather, migrants are ‘encountered’. Foreign national offenders reach the end of their sentences, individuals claim asylum and unauthorised migrants are discovered in enforcement raids or by the police.

Even worse, migrants of any given nationality are often rounded up solely because of their nationality for group removals on chartered flights. Around 2,000 migrants are expelled in this manner each year, which is about 15 per cent of the total number of removals. When a date for one of these charter flights has been set, officials will look through their case files for migrants from that country and detain them with a view to including them in the group removal, with the emphasis being on their nationality rather than any other factor.

To make the situation even graver, a greater number of detainees than can physically be boarded onto the plane will be apprehended, with a view to filling the spaces vacated by last-minute legal reprieves, in a practice that has been repeatedly condemned. Charter flights to Nigeria, Ghana and Pakistan in particular are routinely massively overbooked by the Home Office, raising questions of racial bias. Although it is a cost-effective method of immigrant removal, this practice causes huge and largely pointless distress to those who are detained. Overbooking for charter flights has been repeatedly criticised by HM inspectorate of prisons and the Shaw Review commissioned by Theresa May strongly recommended that it cease, with Shaw writing that he found ‘the whole practice to be unsavoury and inconsistent with a welfare-centred approach’. The recommendation was rejected by the Home Office, however, and overbooking continues today.

Most fundamentally of all, even if each individual decision was reasoned and justifiable on its own facts alone, every decision to detain is inherently arbitrary when similar cases are treated differently. Every time an unauthorised migrant is detained, he or she was simply unlucky; after all, there were many other unauthorised migrants who could justifiably have been detained but were not. Recent attempts to guess at the number of unauthorised migrants living in the United Kingdom today range between around 800,000 and 1.2 million. Decisions to detain and remove particular individuals within the group are therefore almost inevitably arbitrary.

To make matters worse, the selective nature of the exercise allows for, and perhaps even encourages, discrimination and could perhaps explain the prevalence of certain nationalities and racialised groups in immigration detention. How is it fair that unlawful resident X is detained for removal because of his or her unlawful residence but unlawful resident Y is not?

As Hiroshi Motomura puts it in the context of the United States in his book Immigration Outside the Law,

The letter of the law creates a large removable population, but whether an individual is actually targeted for removal has long depended on government discretion and bad luck.

The discretion exists at what Motomura describes as a macro level: deciding what resources to put into enforcement, how to deploy those resources and which categories of unlawful migrant to target. For example, how should resources be divided between policing the borders to prevent illegal entry and detecting existing unlawful residents? Is targeting certain nationalities the way forward in accordance with the level of co-operation provided by that country’s embassy staff, or should the focus be on targeting homeless migrants, or foreign criminals, or failed asylum seekers, or sham marriages, or conducting workplace raids, or dawn raids on families, or some other priority? Discretion also exists at a micro level, because even within these broad resourcing decisions, the power to detain must be exercised on specific individuals and there are many from whom to choose.

This gets to the heart of the problem with immigration detention: it is a policy aimed at managing broad groups or types, not a judicial measure targeted at a particular individual. In this context, singular decision-making is unimportant. What matters is that some, any unauthorised migrants are detained. What the justification might be in each specific case is ultimately of little import.

Current immigration detention policy neither enforces immigration control to any meaningful extent nor acts as a meaningful deterrent. In fact, it is quantifiably failing even at the basic justification of facilitating removal. Over half of detainees at so-called ‘removal’ centres are released back into the community rather than being removed, for instance. The proportion of detainees pointlessly held in this way and then released has actually been increasing in recent years.

The only purpose that the immigration detention system seems to be performing at present is to serve a sense of moral righteousness. Unlawful residence is, obviously, in breach of the law. The reasoning goes that breaking the law should be penalised because otherwise the law is meaningless, and public opinion is certainly not willing to countenance the idea that immigration laws are meaningless. Seen like this, the purpose of immigration detention seems to be to punish.

But not all unauthorised migrants can be punished in this way, so current immigration detention policy says that it is better to punish some rather than none at all. This might explain why all attempts to reform the system have failed; realising that it performs no useful direct policy function, those officials who operate the system intend it to be punitive in nature. Whatever the intention, this is certainly how detainees themselves experience the system, and their insights should not lightly be disregarded. Attempts to persuade the Home Office as an institution, and officials as humans, to exercise restraint and properly to care for the welfare of detainees miss the point. At least as far as those responsible are concerned, the reason detainees are in detention is because they deserve it.

I wrote the words above last year in my book Welcome to Britain in the chapter on immigration detention and enforcement. This analysis, very much borrowed from Hiroshi Motomura, I think helps explain differing reactions to the Glasgow raid last week. Some consider the protest to be mob rule interfering with legitimate enforcement of borders. Others — those with more direct experience of the nature of immigration enforcement, whether as migrants or as their friends, families communities or lawyers — see it as arbitrary. And therefore unfair. And therefore illegitimate.

Immigration officials in vans prominently emblazoned with their purpose are cannon fodder in the government’s culture wars. The protesting crowds are no doubt as useful a foe to the current government as the migrants themselves. If the government were serious about borders and immigration, which is highly questionable, then serious thought would need to be given to how actual rather than performative immigration enforcement might be carried out. This would necessarily include reducing the size of the unauthorised migrant population by the only realistic means possible: giving them routes to lawful residence.