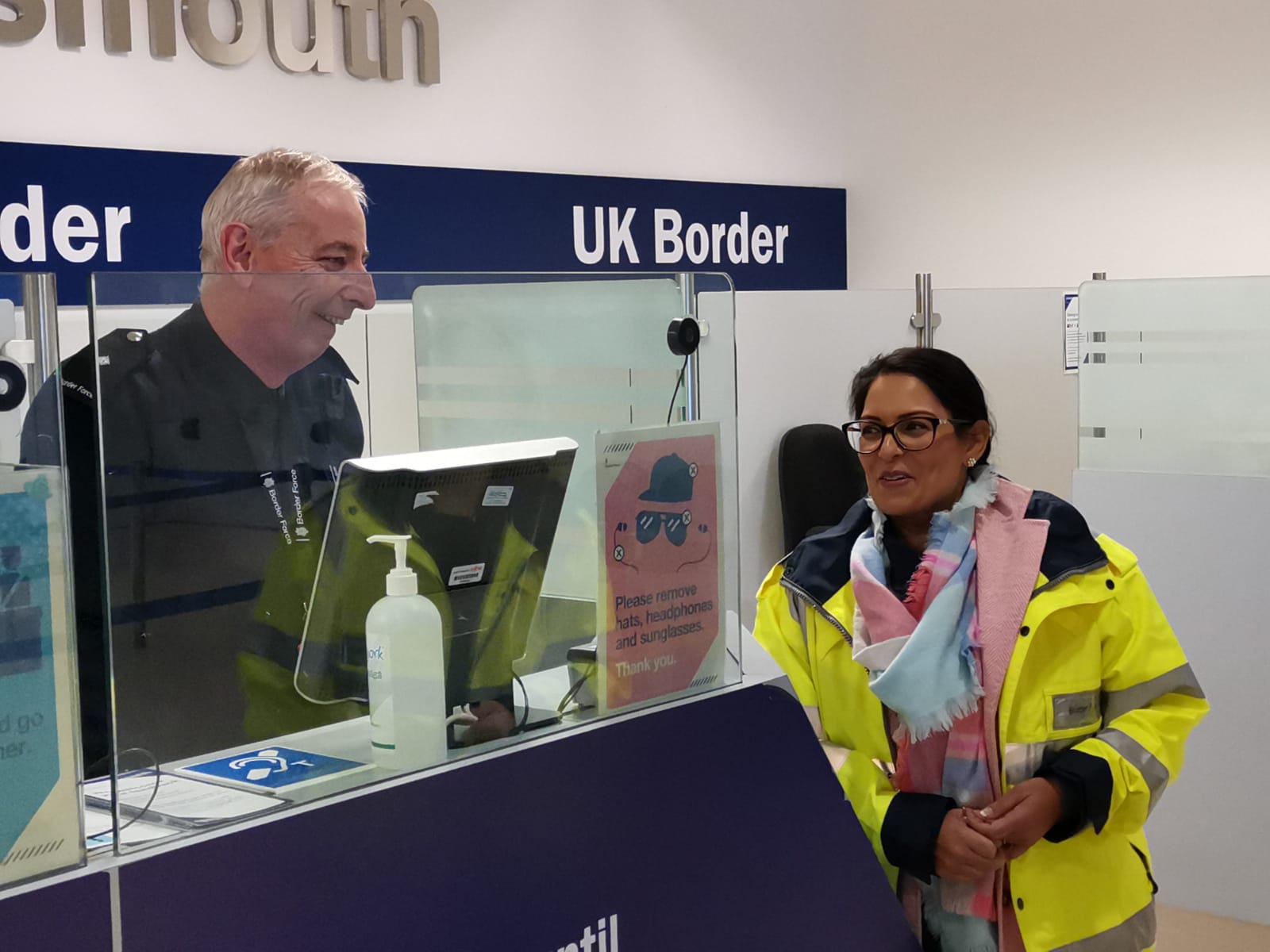 There is a lot that is familiar in the New Plan for Immigration. The government argues that its proposals are “firm but fair”, language eerily reminiscent of a 1998 Blair-era white paper entitled Fairer, Faster and Firmer.

One thing that is new is the proposal that many of those who enter the UK without authorisation will be treated differently from other asylum seekers. They will not be entitled to the status of refugee, only being eligible some other lesser form of humanitarian temporary protection under which they may be (i) permanently liable for removal, (ii) have fewer rights to family reunion and (iii) are not entitled to access public funds unless destitute.

Debate about this largely centres about whether this is legal and whether it is fair. But perhaps the bigger question is whether it will be effective in its stated aim of reducing the number of people who enter the UK without authorisation and then claim asylum.

Article 31 of the Refugee Convention states:

The Contracting States shall not impose penalties, on account of their illegal entry or presence, on refugees who, coming directly from a territory where their life or freedom was threatened… enter or are present in their territory without authorization, provided they present themselves without delay to the authorities and show good cause for their illegal entry or presence.

The New Plan proposal is for penalties for those who enter illegally (in the sense of lower potential rewards). Whether the proposals violate Article 31 probably can and will be contested in the courts. The document does stipulate that the lesser temporary protection status will be imposed only on unauthorised arrivals who “did not come to the UK directly, did not claim without delay, or did not show good cause for their illegal presence” — language clearly designed to echo the caveats in Article 31.

Both sides of the debate claim fairness is on their side. In adjudicating on this I think it is important to look at the bigger picture and realize that there is little that is fair about who gets to claim asylum in a country like the UK.

There is a lot of suffering in the world. The UN Refugee Agency, or UNHCR, estimates there are 80 million forcibly displaced people, the majority of whom are internally displaced or in countries neighbouring those they have fled from, not in places like the UK. I suspect most of these would be eligible for asylum in the UK if they were able to make a claim. And there are others who would be eligible who are not covered by UNHCR.

While signatories to the Refugee Convention are obliged to consider asylum applications from those who arrive in their territory and meet the necessary conditions, they are not obliged to make it easy to make those applications. Being able to make an asylum application in the UK and elsewhere often involves navigating an obstacle course where the obstacles can be lethal. Countries like the UK impose the obstacles because their obligations under the Convention are potentially unlimited and this is the only way they can attempt to regulate numbers.

It is hard to escape the conclusion that, as a result, only a tiny fraction of those who might be eligible and interested in asylum in the UK find themselves able to make a claim. And the process for deciding who gets to make a claim is unfair.

There are three ways in which you can become a refugee in the UK. First, there are those who are fortunate enough to be selected for a resettlement scheme organised through UNHCR (or something similar), though one cannot “apply” for this in the usual sense of the word. This has the advantage of being an orderly process, selecting those in greatest need of protection. But there are two big limitations. The scale is currently modest; only 27 countries take part in these schemes, including the UK which has historically been one of the top five countries for the numbers resettled. Resettlement works best for those fleeing large-scale conflicts as this is where UNHCR has a presence. It does not currently work at all for someone who is, for example, fleeing a country where they are being individually persecuted for being gay.

The second way to claim asylum is to obtain a visa for authorised entry and then claim asylum on or after arrival. That authorisation has to be for some other purpose other than to claim asylum because visas for that purpose are not issued by the UK (or anyone else). This route does not grant the ability to claim asylum to those who are in greatest need. UK governments have never revealed statistics on how many claim asylum in this way and the New Plan says nothing about them; the suspicion is that the numbers are small.

Finally, there are those who claim asylum after an unauthorised entry — about which the New Plan has a lot to say. This normally requires some form of facilitation, so those who are able to make a claim in this way are selected for having the means and inclination to make what are often very dangerous journeys. Many who do claim asylum in this way have their claims turned down. Some use the language that they are “forced” to do this or have no other choice, because they have no other way to claim asylum in the UK. That is true in one sense, but there are many people who have an equally valid claim who do not make these journeys. Unsurprisingly, those who do take this route tend to be male and younger than those who come through resettlement programmes.

It is obvious that the system for who gets to make a claim is unfair. Do the current proposals make it fairer or unfairer? A rebalancing towards resettlement probably makes the system fairer as it does a better job of selecting those in greatest need. But, among those who do not come through the resettlement route, it makes it less fair by giving an advantage to those able to gain a visa rather than those who can’t; those claiming asylum through unauthorised entry do so because they have no other method to apply.

Both supporters and opponents suggest the proposals are a big change, whether for good or bad. But it may be that they simply do not have much effect. A viable threat of return might have some deterrent effect but such threats often turn out to be more theoretical than real. Returns require that the other country is deemed safe and the consent of that country, conditions that are hard to meet. As a result the current level of returns is low, even for those who have entered the UK without authorisation, who have come from a safe country and those whose claim for protection is turned down so that they have no legal basis to remain in the UK. The New Plan reports that 42,000 failed asylum seekers currently remain in the UK.

The document talks about negotiating the necessary return agreements but there is no reason to think this will be easier than in the past and leaving the EU has probably made it harder. Consequently, it is unlikely that the prospect of a more uncertain, “second-class” humanitarian status will deter many people from coming to the UK to claim asylum.

So my prediction is that there will be a relatively small number of people who will actually be subject to returns, although the consequences for these individuals may well be dire. A larger number will live with the anxiety that they might be one of those, making it hard to plan for a permanent life in the UK. This is in no-one’s interest; elsewhere the New Plan acknowledges the importance of investing in the integration of refugees.

But, mostly, these proposals will have much less impact than both proponents and opponents suggest.

There is an urgent need to fix the asylum and refugee system on a global basis, not just in the UK. There is little that is fair about who currently gets to claim asylum where. And where a refugee ends up makes a big difference to their life. For some, what is needed is a safe and legal way for anyone to claim asylum in a country of their choosing. I think a single country offering something like that risks being unable to cope with the consequences of large flows. But the global community could come up with something better. It would not be easy; but what is depressing is that no-one seems to be trying at the moment. 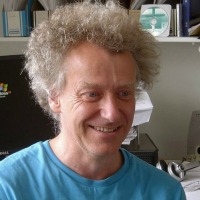 Professor Alan Manning is a labour market economist at the Centre for Economic Performance, London School of Economics, and a former chair of the Migration Advisory Committee.