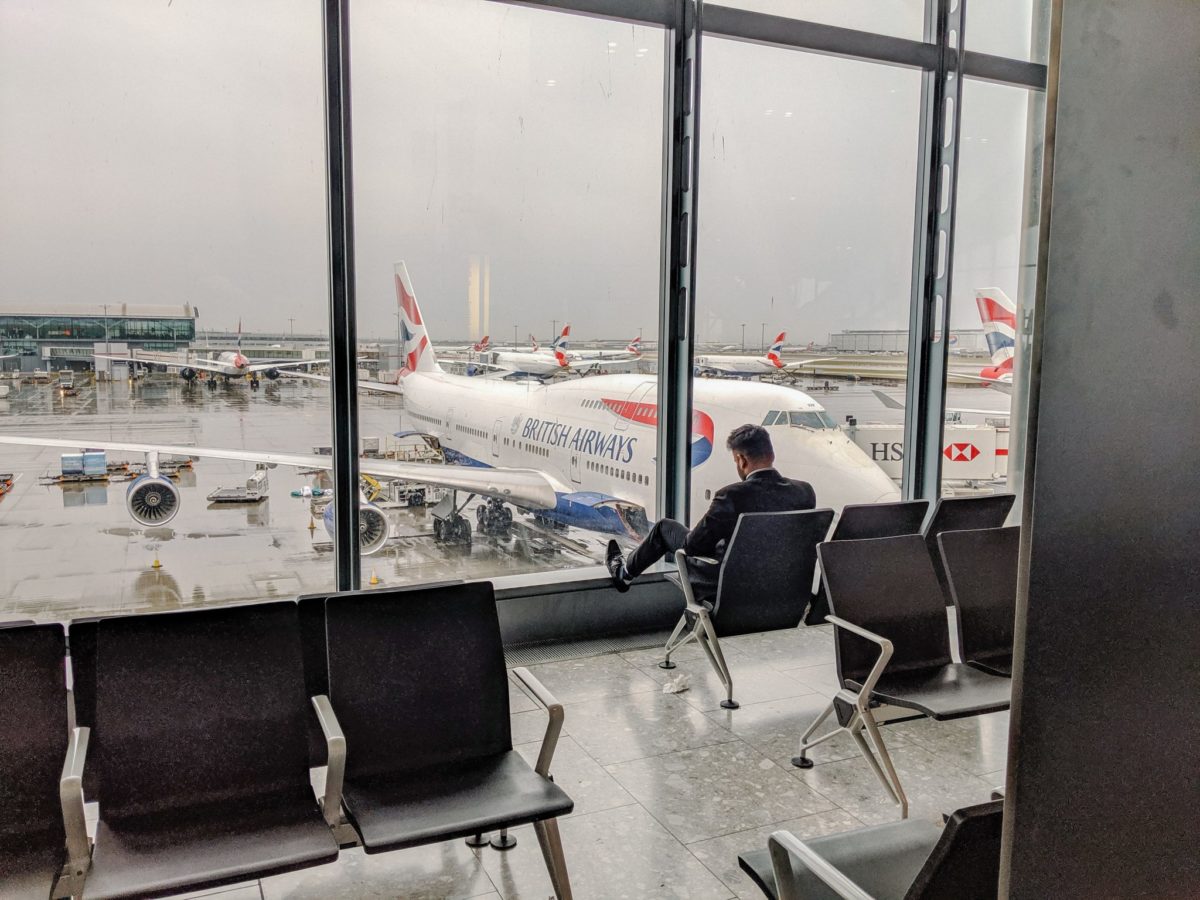 Credit: Tomek Baginski on Unsplash
14th May 2020  By John Vassiliou

One of the most common UK immigration myths is that there is a maximum permitted stay of 180 days in a year (or six months in 12 months) for UK visit visa holders.

This myth has been propagated not just by migrants but also by advisers and even UK Border Force staff. In reality, there is no such rule.

The widely held belief goes something like this: a non-EEA national visitor to the UK can spend no more than six months out of any 12 inside the UK, or alternatively no more than 180 days a year. For example if the visitor spends three months in the UK between January and March, then comes back in the summer with a new visit visa, they only have three months “left” to spend in the UK for that year — even if the new visa grants leave for six months.

As with other myths, this tale varies in its telling, with some believing that the six-month cap runs from January to December and “resets” each calendar year, while others believe it is based on a rolling 12-month period. I’ve seen impressive Excel spreadsheets charting both, sometimes created at the insistence of an overzealous / bored immigration official.

Despite there being no such rule or requirement, adherents to this myth do tend to have less trouble being granted entry to the UK as visitors. That’s because staying in the UK for an extended period does increase the risk of being refused a visit visa for the next trip, as it could be an indication that the stay is not a genuine visit. It’s just that spending a total of 181 days a year in the UK is not really any more of a red flag than a total of 180.

Let’s take a look at what the actual rules are, explain why the 180 day rule is a myth — and why following it can still work to your advantage.

The actual visit visa rules are set out at Appendix V to the Immigration Rules. A visitor is defined as

a person who is coming to the UK, usually for up to six months, for a temporary purpose, for example as a tourist, to visit friends or family or to carry out a business activity.

I’ve been unable to find any trace of a “six months in 12” visitor rule anywhere in the Immigration Rules, past or present (and nor can Colin for what it’s worth!) Maybe someone of greater wisdom and experience might recall a time when there was such a rule, but as far as I can tell, the myth has arisen from conflating other immigration rules and policies, as well as general prudence on the part of visitors.

There is, for example, a limit on the amount of time that can be spent in the UK on any one trip.

The maximum duration of stay in one standard visit is six months. For “visa nationals”, i.e. those who must obtain entry clearance prior to travelling to the UK, the six-month validity period will be stated on their entry clearance vignette in their passport. The holder can stay in the UK for as long as they like during that period, and even depart and re-enter, so long as they go by the expiry date. The mechanics behind this are set out at section 4 of the Immigration (Leave to Enter and Remain) Order 2000.

That six-month limit on any one stay applies even if the visit visa is valid for much longer, such as a two-year, five-year or ten-year multi-entry visa. The visitor is permitted to stay in the UK for a maximum of six months from the date of any given entry (or up to the expiry date on the visa, whichever is soonest). Every time they arrive at the border, notwithstanding the fact that they hold entry clearance, the immigration officer will scrutinise them and determine whether or not to grant them entry in line with the visit visa rules.

Rodrigo is a Filipino national. Filipinos are visa nationals and must apply for a visit visa before coming to the UK. Rodrigo is granted a two-year multi-entry visit visa valid from 14 May 2020 to 14 May 2022. Rodrigo can come to the UK as many times as he likes during this time, as long as he does not stay for more than 6 months at a time and does not stay beyond 14 May 2022. Every time he enters, he will need to satisfy the immigration officer that his visit is consistent with the visit visa rules. If he does, he will be allowed to stay for up to six months (or until 14 May 2022, whichever is sooner). As long as he adheres to this, there is no cumulative maximum time per year that he is allowed to spend in the UK.

For “non-visa nationals” who don’t have to apply before they travel, such as Americans or Canadians, this six-month period will run from their date of entry to the UK.

Karen is a US national. US nationals are non-visa nationals and do not have to apply for a visit visa in advance; they can simply arrive and seek entry as a visitor at the UK border. Every time Karen arrives in the UK to visit, she will have to satisfy the immigration officer that she meets the visit visa rules. If she does, she will be granted leave to enter for six months every time. As long as she is granted leave to enter and does not stay for more than six months at a time, there is no cumulative maximum time per year that she is allowed to spend in the UK.

After the visit is over and the visitor has departed, there is nothing preventing them from applying again for a fresh visit visa, subject to them continuing to meet the rules.

What are the criteria for entry as a visitor?

At the risk of being reductive, it’s all about genuineness of intentions. If you are interested in a deeper dive into the ins and outs of the visit visa rules, check out Colin’s and Nick’s post from 2017: What do immigration officers look for when assessing visit visa applications?.

V 4.2 The applicant must satisfy the decision maker that they are a genuine visitor. This means that the applicant:

(a) will leave the UK at the end of their visit; and

(b) will not live in the UK for extended periods through frequent or successive visits, or make the UK their main home; and

(c) is genuinely seeking entry for a purpose that is permitted by the visitor routes (these are listed in Appendices 3, 4 and 5); and

(e) must have sufficient funds to cover all reasonable costs in relation to their visit without working or accessing public funds. This includes the cost of the return or onward journey, any costs relating to dependants, and the cost of planned activities such as private medical treatment.

There are five elements to the genuineness question. None of those elements stipulates a maximum number of days that can be spent in the UK in one year. The closest thing to this is V 4.2(b):

the applicant must not live in the UK for extended periods through frequent or successive visits, or make the UK their main home.

But there is no hard numerical cap on time in vs time out. The language of the rule is much woollier. This builds in flexibility for the officer to make an assessment on a case-by-case basis.

The Home Office has published further guidance on how a decision-maker should assess this aspect of a visit visa applicant’s case. Officials are directed to look at factors such as:

The third bullet point suggests that cumulative time in the UK is relevant, but again, it doesn’t go so far as to impose a hard cap.

Crucially, the guidance document also seeks to dispel the six months in 12 months myth, on page 18 of 69:

There is no specified maximum period which an individual can spend in the UK in any period such as ‘6 months in 12 months’.

There is a rider that goes back to the question of being a genuine visitor: “however, if it is clear from an individual’s travel history that they are making the UK their home you should refuse their application”.

I have seen a recent trend in visit visa application refusals where the second bullet point above comes into play. The decision-maker looks at the applicant’s past immigration history and checks if the person has previously visited the UK. If they have, the decision-maker then compares how long the applicant stated on their previous application form that they would stay in the UK against how long they actually stayed for.

For example, the person might have said they were only coming for two weeks but ultimately stayed the full permitted six months. Although they didn’t overstay their visa, the decision-maker will use the discrepancy between stated and actual duration of visit to infer dishonesty which will then be factored into the decision on the new visa. This may seem particularly unfair. I agree, it is, but it does warrant greater care over what is declared on application forms.

If a border officer determines that someone is not a genuine visitor, they can be refused entry and placed on the next flight home. There is no right of appeal against this decision; judicial review is the only remedy to prevent imminent departure. The same goes for advance refusals by officials based in visa application centres.

It is therefore vital that visitors can satisfy the decision-maker that their intentions are pure, and this is where adherence to the mythical rule can work to one’s advantage.

If a visitor spends more than six months per year in the UK, they are spending the majority of their time here. This could be one of many potential indicators that they are living in the UK for an extended period or making the UK their main home.

It will be up to the individual applicant to persuade the decision-maker that this is not the case and that they are still a genuine visitor. Broadly speaking, where visitors have managed to keep their time in the UK below six months in any year, they run less risk of being accused of making the UK their main home and thus have higher prospects of success in being granted entry.