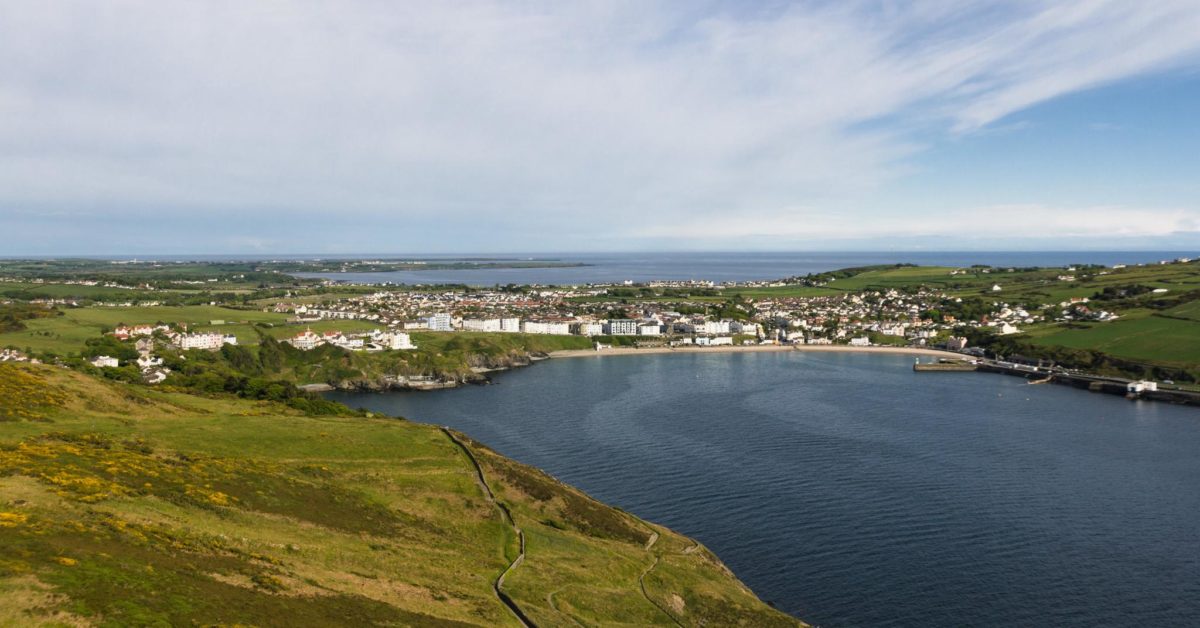 Are you applying to stay in the Isle of Man, Jersey or Guernsey?

Immigration professionals often come across this question at the submission stage of various UK visa applications. Invariably we check “no” and carry on.

But you might, on occasion, take a moment to ponder what a short weekend break to the Isle of Man, Jersey or Guernsey would actually look like. You open a new tab on your web browser and begin sliding through an assortment of majestic photographs of each island. You open another tab and look into the pretty reasonable flight prices. Before you know it, there’s a whole holiday and itinerary planned.

Then reality strikes, the daydream comes to an abrupt end, and you’re back to reality and faced with the Immigration Health Surcharge portal. The endless battle with third party visa processing websites begins anew.

But pseudo-holiday planning aside, for those who are independently making an application to enter or extend their stay in the UK, this question may be a stumbling block. What are these territories listed? Why is this question being asked? If I select no, can I still visit the Isle of Man, Jersey, or Guernsey? What about living and working there? And how would saying yes impact my application?

In this post, we’ll try to answer those questions and provide an overview of UK immigration law as it applies to the Isle of Man, Jersey and Guernsey — collectively known as the British Crown Dependencies.

What are the British Crown Dependencies?

The territory covered by the two Bailiwicks is informally referred to as the Channel Islands, because it is made up of several islands in the English Channel near France. The Isle of Man is in the Irish Sea between the UK and Ireland. The three territories are sometimes referred to as “the Islands” in UK legislation. 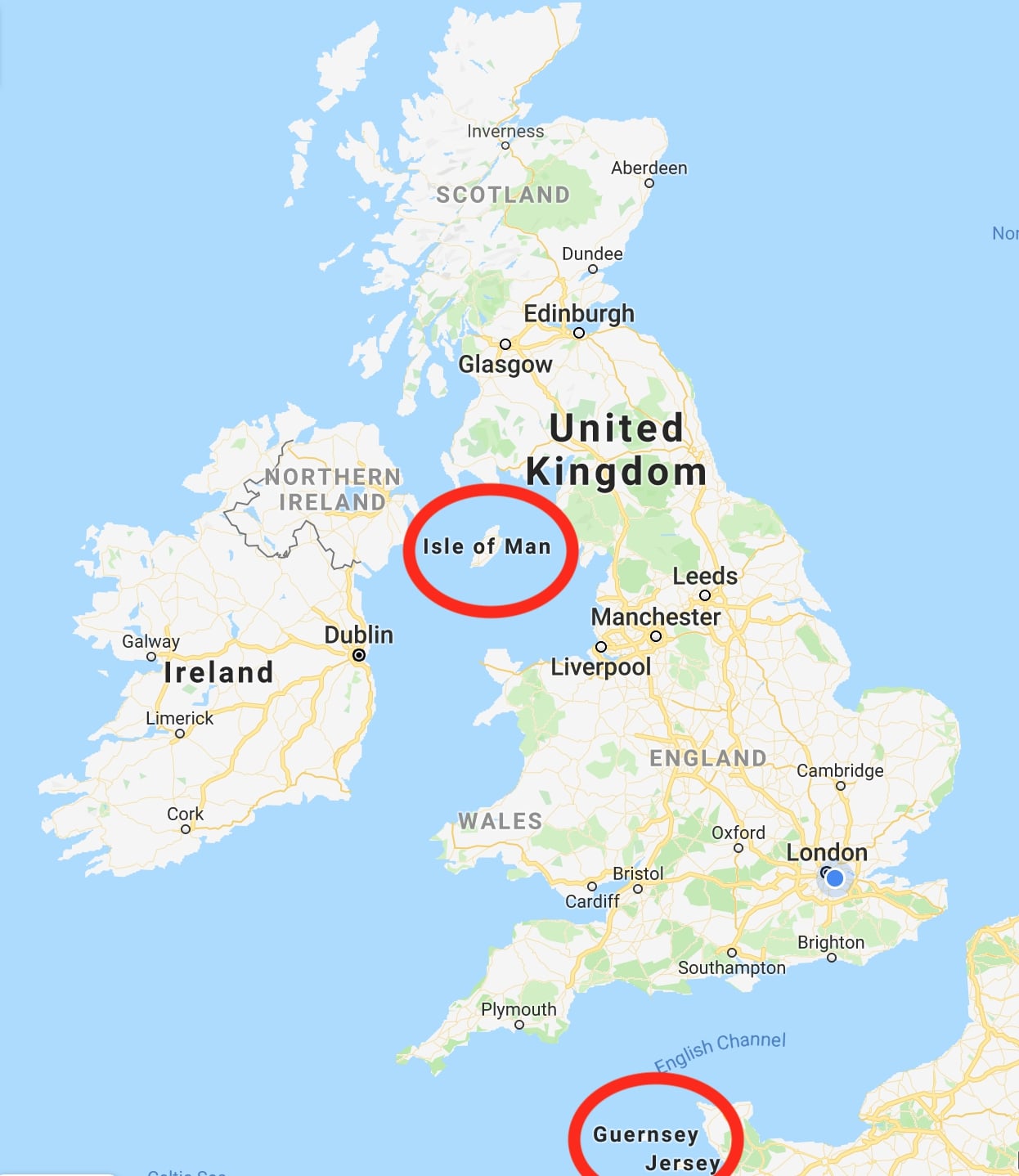 The Crown Dependencies are each self-governing, have directly elected legislative assemblies, and their own legal systems and courts of law. All are outside the European Union. They are not represented in the UK’s parliament and are not recognised as independent sovereign states. However, the UK government does remain responsible for each Crown Dependency’s defence policies and foreign affairs.

Why are the Crown Dependencies flagged up in UK visa applications?

Schedule 4 of the Immigration Act 1971 explicitly integrates UK immigration law with that of each Crown Dependency. It says that applying for a visa for one of the Crown Dependencies is as if you are applying for a UK visa. But this does not mean that you are being granted a visa for entry or residence in the UK, only that it is being granted by the United Kingdom through the UK’s administrative and legislative processes.

The UK and the Crown Dependencies are part of a “Common Travel Area” with the Republic of Ireland, a separate and independent country. Each territory has its own immigration policies, but each policy is based on an “overarching common approach that supports alignment”, as UK government guidance puts it.

The concept of the Common Travel Area is primarily to facilitate the free movement of British and Irish citizens. (People from the Crown Dependencies are British, as they are covered by the British Nationality Act 1981.)

As part of the Common Travel Area, there are no routine immigration controls between the UK and the Crown Dependencies. This is is expressly outlined in section 1(3) of the Immigration Act 1971. It says that once you have been granted lawful entry to one territory, you are subsequently permitted to travel within the Common Travel Area.

As the Isle of Man government puts it, the system:

means that an applicant who has entered the common travel area and who has been examined for the purpose of immigration control (for example in the UK) does not require leave to enter any other part of the common travel area. Simply, travel between the Isle of Man and the United Kingdom is an internal domestic journey and there is no separate immigration or other control.

There are exceptions. These are outlined in section 9(4) of the Immigration Act 1971. Free movement and entry to the UK is not permitted if a person travelling from the Crown Dependencies is subject to a deportation order, had entered one of the Crown Dependencies illegally, was refused a visa to enter the UK, or if refusing entry is considered “conducive to the public good on grounds of national security”.

Can I visit the Isle of Man, Jersey or Guernsey on a UK visa?

The same can be said if you have a visa from one of the Crown Dependencies – you are permitted to subsequently visit the United Kingdom. If you wish to live and work in the UK, however, you would need to apply for a separate UK visa.

Paragraph 34C of the UK Immigration Rules explicitly states that:

How can I get a visa to live and work in one of the British Crown Dependencies?

There is no Immigration Health Surcharge requirement in the Crown Dependencies, as each has its own healthcare system. People generally have to pay for their own healthcare either directly or by obtaining health insurance.

Applying for a visa to work in the Isle of Man

The Isle of Man has its own Immigration Rules which, “whilst not identical to the UK Immigration Rules, are based on the UK Rules and are very similar”. The territory even produces its own “statements of changes” outlining any amendments made to their Rules — as is the case with the UK.

The Isle of Man does not offer Tier 2 work visas; it has its own work visa programme. Unlike their UK equivalent, these visas are only granted for three years rather than five.

When applying for a work visa, the applicant will also require an endorsed “Confirmation of Employment” document from their prospective employer, similar to an assigned Certificate of Sponsorship in the UK.

Once completed and paid for, you would then submit your biometric data and any supporting documents (including your valid passport for the visa) at a UK Visa Application Centre.

Visa applications for dependants (such as the spouse of the main applicant and any dependent children) should also be made through Visa4UK.

Biometric residence permits are not issued by the Isle of Man, only visa vignettes (visa labels placed within a passport) for the full duration of stay.

Jersey and Guernsey also have their own sets of Immigration Rules. Home Office guidance describes the main differences between these and the UK Rules when it comes to work visas:

The Channel Islands have not introduced the points-based system (PBS) but will recognise Tier 2 (Minister of Religion) and Tier 5 (Youth Mobility Scheme) only. All other employment routes are considered under their work permit scheme.

The government of Jersey has a helpful list of people who do not need a permit to work there under its system:

If you intend to apply for a visa to live and work in one of the Channel Islands, you will need to: 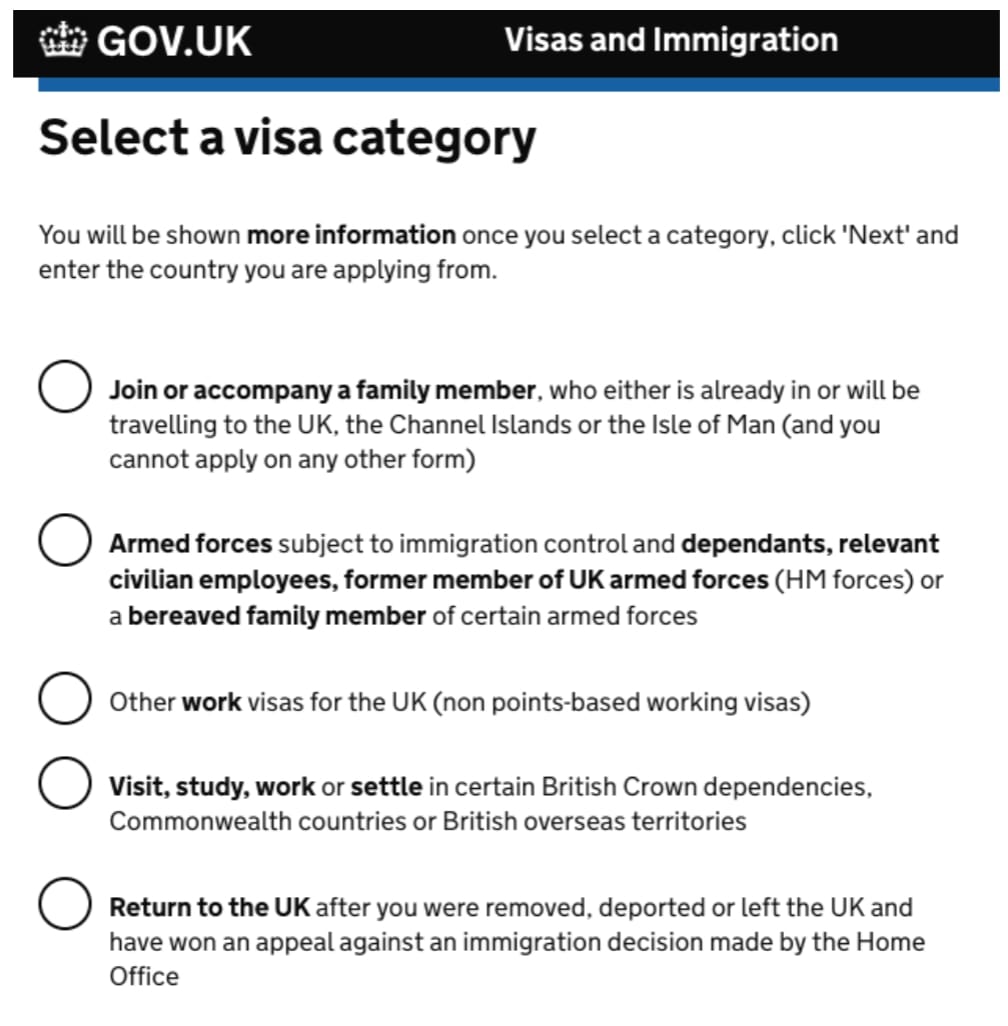 Biometric residence permits are not issued by the Channel Islands, only visa vignettes (visa labels placed within a passport) for the full duration of stay.

In other words, lawfully visiting or residing in the British Crown Dependencies would not be considered absences out of the UK, and would not break one’s continuous residence period.

This is especially useful if an applicant is on the cusp of reaching their travel limit overseas but is desperate for a holiday. 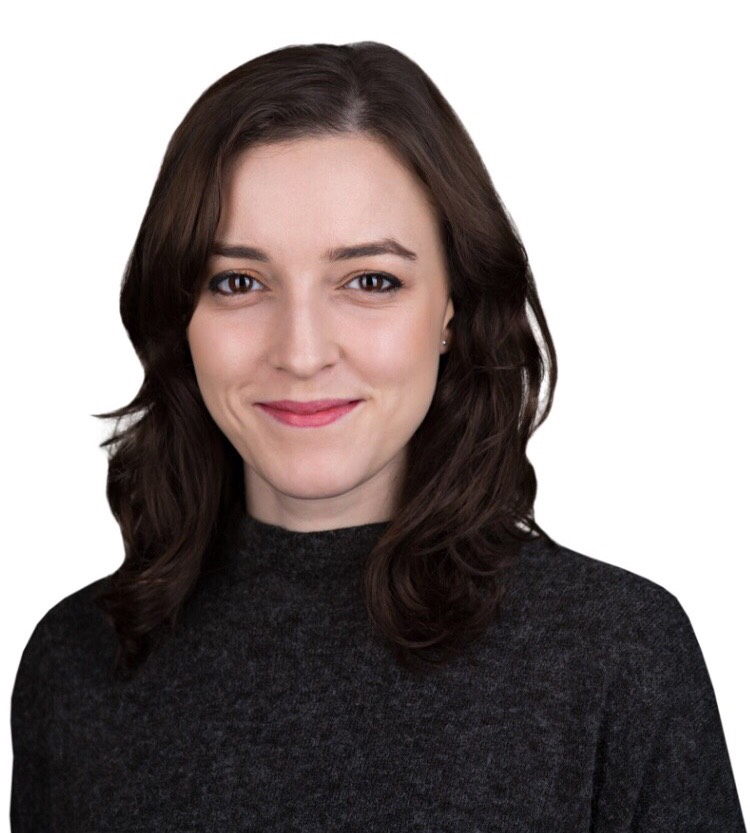 Iman Kara-Ali is a multilingual UK Immigration Consultant at Newland Chase with a demonstrated history working in the humanitarian, intergovernmental, public and corporate legal sectors. Iman has a Bachelor of Laws (LL.B Hons.) from City University London, and Master of Laws (LL.M) in Public International Law from Leiden University.