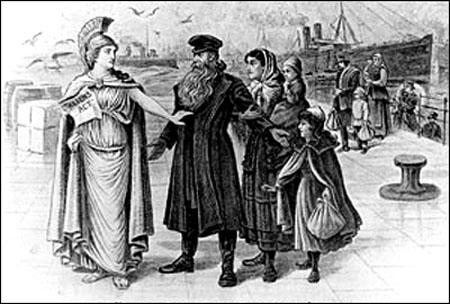 As a companion piece to our earlier immigration law timeline, here is an attempt at a nationality law timeline. I know that UK nationality law is complex but I confess I had not anticipated quite how long this one would take. With immigration law, much of the detail is set out in secondary legislation, so a timeline of Acts of Parliament paints a very incomplete (but I think still interesting) picture. With nationality law, the detail is set out in the primary legislation, making this exercise somewhat more difficult.

I have gone right back to the start and I have tried to capture the major changes as they occurred. Where something did not really change (such as rules on acquisition by descent) I have not mentioned it even if the rule was preserved in new legislation.

This exercise owes a huge amount to Fransman’s British Nationality Law (3rd edition) and the scholarship of its authors, Laurie Fransman himself but also Adrian Berry and Alison Harvey. Mistakes in the timeline are my own, though; please do point any out and I’ll look at doing a revised version. I’ve already made a few minor tweaks to the immigration one after feedback.

Any person born within the King’s “allegiance” is a British subject.

Established that children born outside the King’s allegiance to a father or mother who at the time of their birth owed “ligeance” to the King were natural-born British subjects.

An Act for naturalising Foreign Protestants 1708

Repealed naturalisation provisions of 1708 Act due to influx of aliens.

Amended previous understanding on descent to apply to fathers only, not mothers.

Introduced administrative form of naturalisation at discretion of Secretary of State; private Act of Parliament no longer required. Women marrying a British subject deemed to be naturalised.

Extended transmission to children of parents who had naturalised as British or were in Crown service abroad. Expanded citizenship deprivation to conduct including disloyalty (but still only for naturalised citizens).

New rules for wives: British woman would not lose British status if would be stateless; alien wife of alien who naturalised no longer automatically British, had to make a declaration.

Expanded descent rules to allow registration out of time.

Retained British subject status but redefined it as being conferred by means of one of two sub-classes: Citizenship of the United Kingdom and Colonies or citizenship of an independent Commonwealth country. Transmission of CUKC by descent limited to two generations; abolished rule that women cease to be British on marriage to an alien.

Provision for independence of Ghana (an exception to the rule that provisions on nationality would normally appear in the independence legislation).

Enabled resumption of CUKC status for those who renounced it.

Codified right of entry and residence as the ‘right of abode’, to be enjoyed by only certain CUKCs, designated as ‘patrials’. Still provides modern immigration control powers.

Enabled around 50,000 selected British national Hong Kong residents and their families to register as British citizens.

Enabled Hong Kong residents without Chinese ancestry who would otherwise be stateless to register as British citizens.

Introduced new “probationary citizenship” as initial stage of naturalisation (never been brought into effect); enabled final tranche of BNOs with no other nationality to register as British citizens.

Corrected historic gender discrimination in earlier laws; enabled citizenship deprivation for naturalised person where will be stateless but Secretary of State reasonably believes the person can acquire another nationality.

It is interesting to see how the phases of obsession with different aspects of nationality emerge from the timeline. Until 1948 the principal issue in British nationality law was transmission from parent to child abroad, outside the British empire. As international travel grew, it transpired the common law rules of allegiance were insufficient. In parallel with that, presaged by an abortive experiment in 1708, the nineteenth century saw the introduction of a proper naturalisation process in order to accommodate and integrate the wave of migration from the rest of Europe during the years. The nineteenth century also saw Parliament legislate to treat women as the property of their husbands, a position only reversed in 1948. Women continued to be discriminated against in passing on their nationality status to their children until at least 1981 and those injustices were only retrospectively corrected in 2014 – far too late for many.

The post war period from 1948 to 1997 was primarily about the end of empire, although further legislation to address various outstanding issues continued up until 2014. Changes to address the status of adopted children and the stateless were also made. The thirty-year period from 1962 to 1981 witnessed the unedifying demotion of some citizens to a second class status which denied them residence in their country of nationality. Finally, from 2002 onwards we see a number of measures aimed at “integration”, including tests, ceremonies, the abandoned probationary citizenship measures, and widened citizenship deprivation powers.

If you spot any mistakes or glaring omissions, get in touch and let me know.