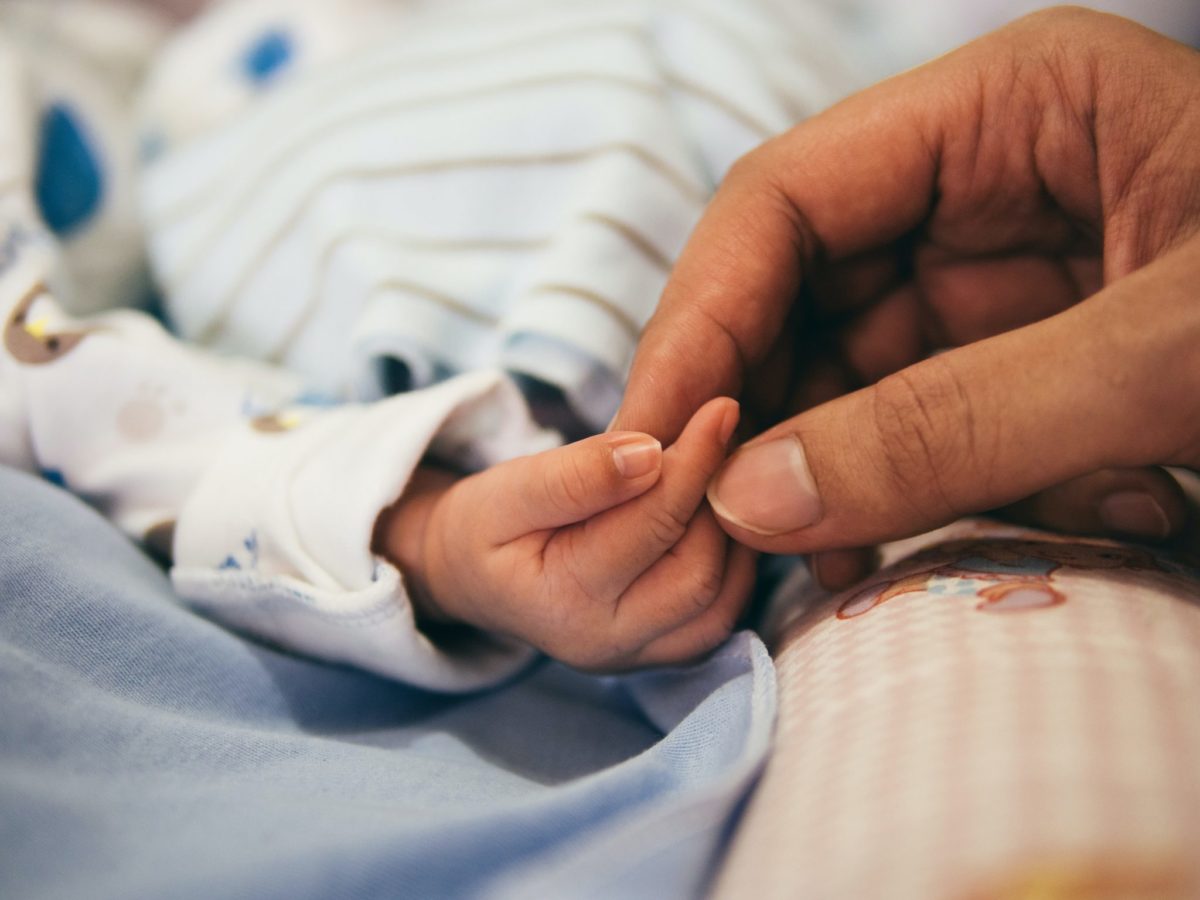 The derivative right to reside as a primary carer of a child in education is largely a creation of the Court of Justice of the European Union (CJEU): see Teixeira v Lambeth LBC (C-480/08) and Ibrahim v Secretary of State for the Home Department (C-310/08). The right is ultimately based on the child’s right to equal access to education in the member state under article 10 of the Workers’ Rights Regulation (492/2011) on free movement for workers, rather than on the rights of residence conferred by the better-known Citizens’ Rights Directive (2004/38/EC). The principle has been transposed into domestic law by virtue of regulation 16(3)(4) of the Immigration (European Economic Area) Regulations 2016.

A key feature of this derivative right is that the primary carer is not required to be self-sufficient under the Citizens’ Rights Directive in order to access social assistance (Teixeira, paragraph 70). In the UK, that means Teixeira carers have been able to access income-related benefits on the same basis as British citizens.

The EEA Regulations and the concept of an “exempt person”

Whenever a decision to refuse Universal Credit to a Teixeria carer went on appeal to the First-tier Tribunal, the DWP would argue that the derivative right under regulation 16 of the EEA Regulations was a “final test” for meeting the residence requirement for benefits purposes. The ruling in Teixeira, the government argued, could only be used when all other avenues have been “exhausted”. These avenues included the right the primary carer has as a mere jobseeker.

The statutory basis for this argument can be found in regulation 16(1) and (7) of the EEA Regulations:

16.—(1) A person has a derivative right to reside during any period in which the person—

(a) is not an exempt person; and

The Upper Tribunal decision in HK

The Upper Tribunal has not ruled on this issue yet. However, the case of HK v SSWP (ESA) [2017] UKUT 421 is relevant. Here the DWP had argued that the claimant could not rely on a derivative right as a Teixeira carer under regulation 15A of the EEA Regulations (the precursor of regulation 16) as her partner had not “exhausted all their rights to reside”. Upper Tribunal Judge Jacobs made the following obiter observations:

The tribunal accepted and repeated the argument put by the Secretary of State that the claimant could not benefit from regulation 15A as his wife had not exhausted all her rights to reside. I do not understand what that means, how it is derived from the language of the legislation, or how it is consistent with the caselaw of the Court of Justice of the European Union that the regulation was designed (I assume) to codify.

The CJEU decision in Krefeld

Jobcenter Krefeld – Widerspruchsstelle v JD (Case C-181/19) concerned a Polish national who settled in Germany in 2013. JD’s two daughters lived with him after he separated from his wife. He was in employment in Germany for six months in 2015 and for a further ten months in 2016.

JD and his two daughters received social assistance under the German Social Code (SGB II) from September 2016 until June 2017. An application to continue payment of these subsistence benefits was, however, refused by the local jobcentre when JD lost the status of a worker and became someone merely seeking employment in Germany. JD subsequently found full-time employment, in January 2018, but the question remained whether he was entitled to any benefit between June 2017 and January 2018.

The relevant provisions from the German legislation are reproduced below:

Benefits granted under this book shall be received by persons:

1. who have attained the age of 15 years

3. who are in need of assistance, and

4. whose ordinary place of residence is in the Federal Republic of Germany.

The following are excluded:

(a) who do not have a right of residence,

(b) whose right of residence arises solely as a result of the objective of seeking employment, or

Paragraph 2 of the German law on general freedom of movement of EU citizens provides:

The following are entitled to freedom of movement under EU law:

1a. Union citizens seeking employment, for a period of up to six months, and thereafter only in so far as they can provide evidence that they are continuing to seek employment and that they have a genuine chance of being engaged.

The legal issue for the CJEU

The jobcentre argued that JD’s residence as a worker in Germany had elapsed. As such, he could be excluded automatically from receiving any further social assistance as someone seeking employment or as a primary carer with a derivative right to reside by analogy with the judgment in Alimanovic (C-67/14). JD argued that he could still rely on the derived right of residence granted to his daughters by virtue of article 10 of the Workers’ Rights Regulation mentioned above.

The referring court therefore asked the CJEU to make a preliminary ruling on:

Relationship between the Citizens’ Rights Directive and the Workers Rights Regulation

The Grand Chamber held that the derogation from equal treatment in article 24(2) of the Citizens’ Rights Directive was only applicable to Union citizens who were residing in the territory of a host member state “pursuant to this Directive” (paragraph 62). Moreover, when the Directive had been adopted, it was intended to be compatible with article 12 of the Workers’ Rights Regulation and the case law interpreting that provision.  Consequently, the codification under the Directive was not exhaustive and the “autonomy” of the law and rights based on article 12 of the Workers’ Rights Regulation could not be called into question (paras 63-64).

The CJEU said this interpretation was also consistent with the objective of article 24(2) of the Citizens’ Rights Directive, which was to maintain the financial equilibrium of the social assistance systems of the member states.  The CJEU pointed out that there was “an appreciable distinction” between the situation of JD — who before he became unemployed in Germany had worked and sent his children to school there — and the situation of the Union citizens that article 24(2) expressly excludes from the right to social assistance. Those excluded being:

In short, the CJEU in Krefeld v JD ruled there could be other rights of residence, apart from those under the Citizens’ Rights Directive, which import equal treatment obligations on the payment of social assistance.

Rights of residence both as a jobseeker and a Teixeira carer

The Grand Chamber went on to address the position of those who hold both a derivative right of residence under article 10 of the Workers’ Rights Regulation and a right of residence as a jobseeker under 14(4)(b) of the Citizens’ Rights Directive. The court said that JD was, in theory, covered by both. But as the primary carer of his children in education, this did not prevent JD from being able to rely on article 10 as an independent right of residence:

69. Further, while it is true that persons, such as JD and his daughters, also fall within the scope of Article 24 of Directive 2004/38, including the derogation provided for in Article 24(2) thereof, on the ground that they have a right of residence based on Article 14(4)(b) of that directive, the fact remains that, since they can also rely on an independent right of residence based on Article 10 of Regulation No 492/2011, that derogation cannot be used against them.

70. First, the Court has previously held, with respect to jobseekers, that the derogation provided for in Article 24(2) of Directive 2004/38 is applicable only to Union citizens who have a right of residence solely on the basis of Article 14(4)(b) of that directive (see, to that effect, judgment of 15 September 2015, Alimanovic, C-67/14, EU:C:2015:597, paragraph 58). Second, the fact that jobseekers have specific rights under that directive cannot, having regard to the independence of the bodies of rules established by that directive and by Regulation No 492/2011 respectively, entail a diminution in the rights that such persons can derive from that regulation.

71. Moreover, as correctly observed by the Commission, it would be paradoxical if Article 24(2)of Directive 2004/38 were to be interpreted as meaning that it would be appropriate not to grant entitlement to social assistance to persons who can claim not only a right of residence as a parent, under Regulation No 492/2011, but also a right of residence as a jobseeker, under Directive 2004/38. The consequence of such an interpretation would be to exclude from the benefit of equal treatment with nationals in the matter of social assistance a parent and his or her children who have a right of residence under Article 10 of Regulation No 492/2011, where that parent decides to seek employment in the territory of the host Member State.

So how does this help Teixeira carers in the UK?

The German legislation in Krefeld v JD precluded any entitlement to social assistance where:

The DWP’s argument for refusing Universal Credit to Teixeira carers follows the same pattern. It relies on the EEA Regulations to preclude Teixeira carers from relying on any rights derived from article 10 of the Workers’ Rights Regulation for the period of 91 days when they also have a right of residence under the Citizens’ Rights Directive as a mere jobseeker.

A First-tier Tribunal faced with the argument that a Teixeira carer cannot rely on a derivative right of residence until their right of residence as a jobseeker has been “exhausted” will need to reconcile this with the view expressed by the CJEU on the relationship between the two rights of residence. It is submitted that paragraphs 69-71 of Krefeld demonstrate that the DWP’s argument is incompatible with EU law.

Finally, what about Brexit? The First-tier Tribunal is bound by the reasoning in Krefeld when applying the EEA Regulations: the case is retained EU case law, as defined under section 6(7) of the European Union (Withdrawal) Act 2018, as a decision of the CJEU which had effect in EU law before 31 December 2020. Only the Supreme Court and the Court of Appeal can depart from retained EU case law: see regulation 3(b) of the European Union (Withdrawal) Act 2018 (Relevant Court) (Retained EU Case Law) Regulations 2020 (SI 2020/1525). 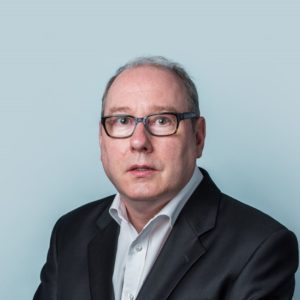