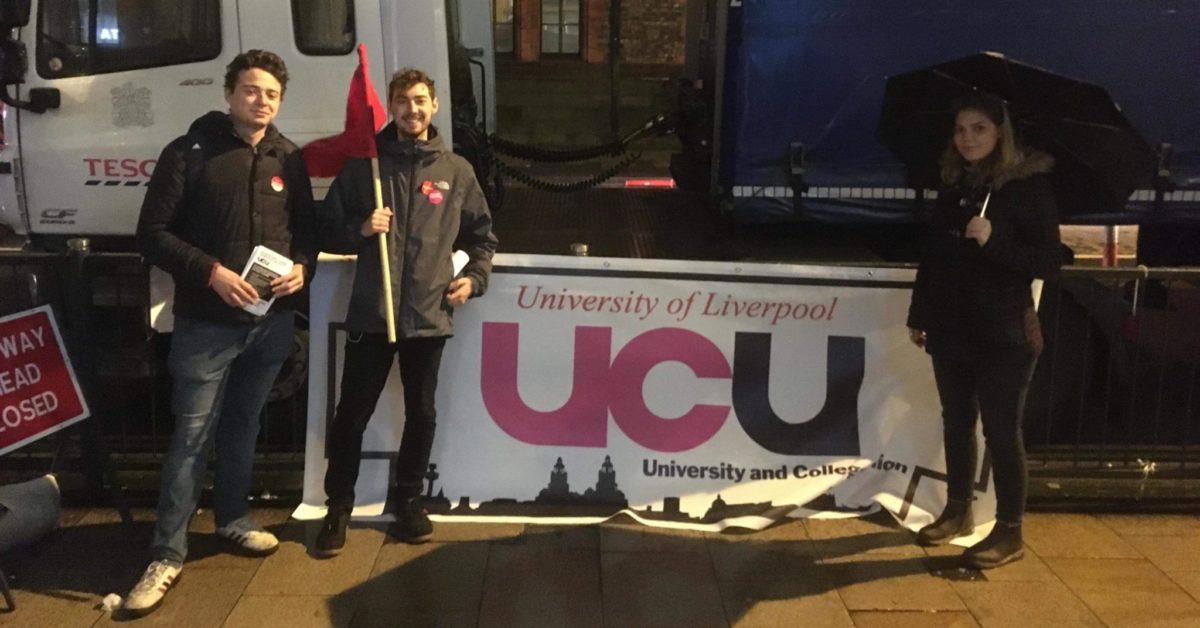 University strikes: what do they mean for international students and staff?

Today sees the start of industrial action, including strikes, across 60 universities. Members of the University and Colleges Union are striking over pensions, pay and conditions for the next eight days, with other forms of action planned when they return to work.

During the strikes of February 2018, there was significant concern about the potential visa implications for international staff sponsored under Tiers 2 and 5. The Home Office, which appeared to have been caught off guard, finally updated its position in July 2018, making it clear that there would be no consequences from an immigration perspective for sponsored staff joining lawful industrial action.

But what about international students? As sponsors, universities have a duty to ensure that students they are sponsoring under Tier 4 engage with their studies. This means that they must keep a record of the student’s attendance and absence. This duty is imposed by the Tier 4 sponsor guidance.

The duty to monitor student attendance

This is a vastly complex issue for most universities. The Home Office’s position is that sponsored students who miss ten consecutive “contact points” without authorisation/extenuating circumstances should be withdrawn from their course of study. The government’s stance is that international students who come to the UK under a study visa should be doing just that, studying.

I advise many universities and this duty creates significant issues, both practically and “politically”. I am yet to come across a university that simply loves its duty to monitor its students for the Home Office.

Defining what is to be monitored (the “contact points”), when and what amounts to an unauthorised absence/extenuating circumstance — for thousands and thousands of students — is a complex task, often requiring significant manpower and/or sophisticated IT systems. Many universities do not have a centralised approach to administration — schools and departments at many universities operate via devolved rules and regulations — so there may be numerous approaches within the same university.

Different considerations apply to undergraduate students — who may attend classes relatively regularly; to research students — who may instead be off observing the mating rituals of longhorn beetles deep in the Amazon rainforest; to work placements, study abroad years, etc. Policies have to cover all these scenarios.

Moving away from the practical side, monitoring students in this way goes against the very core of what many universities are about. It can be difficult, if not impossible, to persuade individual academics to monitor their students and report on them if they miss too many classes.

It’s one of the most oppressive aspects of sponsorship, in my view, and stems from a time when the government’s default position was to trust neither the education provider nor the student. Thankfully we have long since moved away from that approach, but these harsh policies remain and still need to be significantly revised, if not completely removed.

Annex A of Document 2 (Sponsor Duties) of the Tier 4 sponsor guidance does contain information on sponsored students who have absences because of industrial action. This is helpfully set out as a case study Q&A.

So this is clear: sponsored students must not be treated as having an unauthorised absence if they are unable to attend due to industrial action.

What about students who choose not to cross a picket line?

Unfortunately, if a student who has been sponsored under Tier 4 could get to class, or any other planned contact point, and opts instead not to cross a picket line, I am of the view that the Home Office will expect the university to record that as an unauthorised absence.

Many students are supportive of the strike action and may make that choice. The Guardian has covered some of the issues that have been raised in relation to this week’s strikes and, in particular, cites the concerns of one student studying at Liverpool University who does not want to cross a picket line.

“It is unlawful for students to join pickets”
This is shameful from @LivUni & I will never be seen crossing a picket line. I’ll be out every day with @ULivUCU2 & @Unite_NorthWest in solidarity on the picket line. We know our rights. pic.twitter.com/4PpgKlRNNM

Unfortunately, if universities depart from the Home Office’s guidance, they risk compliance action, placing their licences to sponsor international students, and potentially staff, at risk. Individual students similarly may put their visas at risk if they rack up too many unauthorised absences. As such, international students who are supportive of the strike action but who can attend classes by crossing picket lines have a very difficult choice to make. Having relatively clear guidance from the Home Office on this point at least makes it easier to make an informed decision.