Unlawful retention of passport by ECO 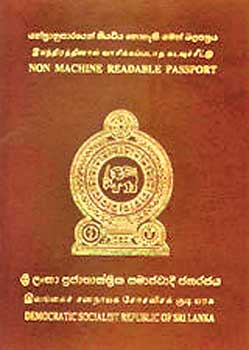 The case of R (on the Application of Atapattu) v The Secretary of State for the Home Department [2011] EWHC 1388 (Admin) (27 May 2011) is an important case that I was just too busy to write up at the time but to which a return is worthwhile. It concerns the unlawful retention of a passport by an Entry Clearance Officer and a claim for damages for conversion. Conversion is a tort under section1 of the Torts (Interference with Goods) Act 1977 and is basically akin to theft.

The facts were, in short, that the claimant was a Sri Lankan merchant seaman who had successfully applied to undertake a qualification int he UK that would lead to his becoming a ships master. He was twice refused entry clearance but an appeal against the second refusal was allowed. He submitted his passport for endorsement with entry clearance in January 2010 but, despite persistent chasing, the passport was not returned until late August 2010, after the commencement of legal proceedings.

The heads of claim were (i) conversion, (ii) negligence and (iii) a breach of human rights. The claimant succeeded on the first of these, conversion, only.

The claimant sought damages on the basis that (i) the retention of his passport meant that he was unable to work in the merchant navy, a passport being essential to that line of work, and (ii) that the retention had prevented his studies and therefore caused loss of enhanced earnings as a ships master.

The law on conversion is set out at paragraphs 60 and 61 of the judgment and you may be interested to take a look at the requirements:

60. Conversion can be committed in a myriad of circumstances. The most relevant category of conversion, for present purposes, is described in Clerk & Lindsell as “wrongful retention” and explained, at §17-22, under the heading “Conversion by keeping or refusal to return“, as follows:

“Conversion by keeping: demand and refusal The ordinary way of showing a conversion by unlawful retention of property is to prove that the defendant having it in his possession, refused to surrender it on demand. Indeed such a demand is generally a precondition of the right of action for detention1: the mere unpermitted possession of another’s chattel is not as such a conversion of it”.

“Demand must be unconditional and specific The demand should be unconditional in its terms, …. ,. If the demand is unclear or equivocal, for example because it is merely a request for “immediate commencement of the process of return” of goods, it may not be enough.”

Then at §17-25 Clerk & Lindsell deals with refusal as follows:

“Refusal must be unconditional. The refusal must also be unconditional115. A person on whom a demand for goods is made may not have them immediately available even though they are under his control;… he cannot be required to act at a moment’s notice, or refuse at his peril. . …. a person in possession of another’s goods has the right to a reasonable opportunity to check whether the person asking for them is really entitled to them.”

Footnote 115 highlights the issue in the present case, in the following terms:

“Mires v. Solebay (1678) 2 Mod 242. In Schwarzschild v. Harrods[2008] EWHC 521 (QB)… the court seemingly thought that mere inaction in the face of a demand could not be a refusal, but this must be doubtful. A defendant in possession can hardly be allowed to stymie conversion proceedings by simply doing and saying nothing.”

Finally at §17-26, Clerk & Lindsell still under the heading of “wrongful retention” addresses delay as follows:

“Delay in complying with demand. A bailee or person in possession of the goods of another must normally deliver them up forthwith on demand. …. delay in complying with the demand will not only render the defendant liable in conversion, but will normally make him an insurer of the goods in respect of all subsequent damage on the basis that he is thereafter in breach of bailment … . However in the event of doubt as to the claimant’s entitlement the defendant is entitled to a reasonable time to make enquiries. … But, once the reasonable time has elapsed the defendant must hand over the goods. If he does not do so he will be liable in conversion and in addition the goods will be entirely at his risk thereafter.”

Mitchell v Ealing LBC [1979] 1 QB 1 is cited as authority for these propositions.

61. Indeed, the case where the goods are lost or destroyed (rather than merely kept) is also identified by Clerk & Lindsell as a distinct category of conversion: see §17-20. At common law, where a defendant, following a demand, failed to return goods, because the goods had been lost or destroyed, the position was as follows. First, if the goods had been lost before demand (or before the lapse of a reasonable time after demand), then the defendant was only liable if the goods were lost as a result of the defendant’s own negligence. The claimant had a claim for breach of bailment and also for detinue. Secondly, if the goods had been lost after the lapse of a reasonable time following demand, then the defendant was strictly liable for their loss; here the claimant had, at least, a claim for detinue. This strict liability for loss after demand was commonly referred to “liability as an insurer”. Thirdly, in either event, there was no claim for conversion, because there was no voluntary act by the defendant. As a result of the abolition of detinue in the 1977 Act, s.2(2) was introduced to make the bailee liable in (statutory) conversion in this situation.

In this case the claimant had written to the ECO demanding return of the passport, which belonged to him, the claimant. The ECO had simply ignored all such correspondence and only returned the passport after the commencement of legal proceedings. The claim for conversion was therefore made out.

I think a special mention goes to Bojana Asanovic of Mitre House Chambers, who has successfully run an interesting and innovative argument in this case.