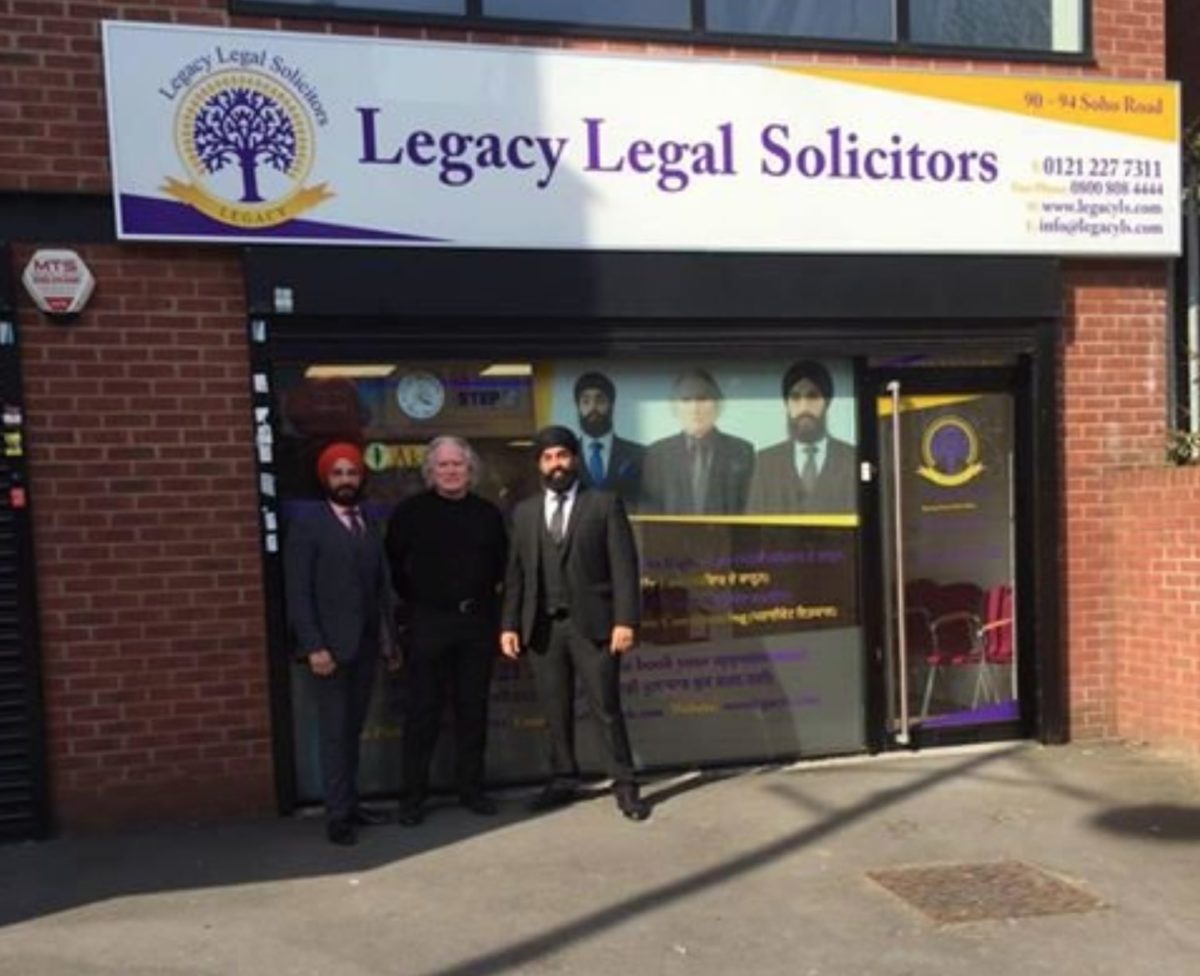 A solicitor with 43 years’ experience has been struck off after allowing a group of supposed immigration lawyers to take over his firm and run off with all the client files.

Michael Smith was prosecuted by the Solicitors Regulation Authority for allowing himself to be “used as a front” for an immigration law practice without supervising it.

The Solicitors Disciplinary Tribunal said that Mr Smith, who qualified in 1976, had “demonstrated a complete disregard for his obligations as a solicitor”.

Mr Smith was a sole practitioner in the Shropshire town of Oswestry. In 2014, he met a man anonymised in the judgment as DSR, a qualified will writer. DSR successfully pitched the idea of going into business together by opening a Birmingham branch of the practice.

DSR appears to have been a cuckoo in the nest. Over the next couple of years, the practice mutated into an immigration law firm called Legacy Legal, with its head office in Birmingham and staffed by friends and relatives of DSR. The firm was to “target the Asian community and no one else”.

Mr Smith’s was still the name above the door for regulatory purposes, but his involvement in the firm was minimal. He had almost no experience in immigration law, had other commitments around the country and lived in France several days a week. He “never, ever met one client” of Legacy Legal.

The upshot was that, in Mr Smith’s words, DSR and his friends “were running an autonomous immigration practice” over which he had no control.

In October 2017, Mr Smith stopped by the office to find that his partner had done a runner and stripped it bare, taking all the client files for good measure. Over the following months, the Solicitors Regulation Authority received 30 complaints from former Legacy Legal clients, many of whom were elderly and/or with poor English.

Mr Smith did not attend the hearing and said in a witness statement that he now lives in Canada. He had previously told investigators “to me it was more of a hobby than anything else and when I got fed [up] with it I just said I am just retiring… to be frank with you I don’t give a monkey’s because I’ve retired”.

Asked whether he thought he had lived up to his regulatory responsibilities, Mr Smith said “probably from a regulator’s point of view, no”.

The tribunal agreed, finding that Mr Smith had failed to make adequate enquiry into the men he was allowing into the firm; allowed them to exercise control over it without setting any system of supervision; breached his reporting obligations as compliance officer; failed to ensure that client money was protected; and failed to keep proper accounts.