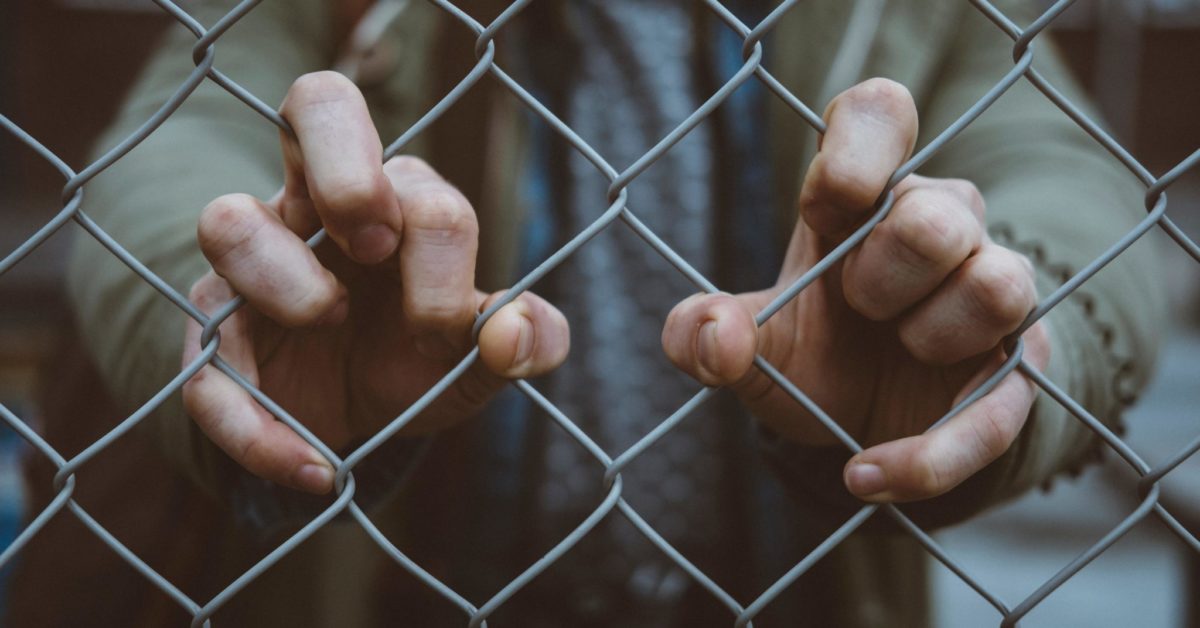 Add to favorites
Hubs / Detention / What are the Hardial Singh pri ...

What are the Hardial Singh principles?

This post explains the Hardial Singh principles, which are the most important limitation on the Home Office’s immigration detention powers. The Hardial Singh principles take their name from the case of R (Hardial Singh) v Governor of Durham Prison [1983] EWHC 1 (QB), an early immigration detention case. Lord Woolf (then just a High Court judge, later Lord Chief Justice) decided that the power to detain migrants under the Immigration Act 1971 is subject to limitations imposed by the common law. Since then they have been approved on numerous occasions by the House of Lords/Supreme Court.

The authoritative formulation of the Hardial Singh principles is found in Lumba [2011] UKSC 12:

(i) the Secretary of State must intend to deport the person and can only use the power to detain for that purpose;

(ii) the deportee may only be detained for a period that is reasonable in all the circumstances;

(iv) the Secretary of State should act with reasonable diligence and expedition to effect removal.

These principles can be used in both public and private law. They are applied in both judicial reviews applications challenging the lawfulness of detention, and in false imprisonment claims.

Although the history of the Hardial Singh principles is well known and their authoritative status is beyond doubt, their position within English administrative law is less clear.

In Lumba, Lord Dyson described them as applications of the principles from Padfield [1968] UKHL 1 (requirement to exercise statutory powers for their proper purposes/not for improper purposes) and Wednesbury unreasonableness. Effectively, that makes them custom-made principles of judicial review for immigration detention cases.

But as Mrs Justice Laing (speaking extra-judicially) has pointed out, that explanation is difficult to square with how they are actually applied by the courts. Anyone interested in the issue should take a look at paragraphs 25-30 and 36 of her lecture paper.

Unusually, when applying the Hardial Singh principles, the court will make a decision for itself about whether the principles have been complied with rather than reviewing the decision taken by the Secretary of State.

In A (Somalia) [2007] EWCA Civ 804, the Court of Appeal rejected the Secretary of State’s submission that compliance should be assessed using the Wednesbury review with anxious scrutiny. This means that although the Secretary of State’s arguments will be considered carefully by a judge when applying the Hardial Singh principles, ultimately it is up to the judge to decide how long is reasonable and the likelihood of removal taking place.

Limited guidance from above

Perhaps surprisingly, the Court of Appeal has refused to provide clear guidance and guidelines for making decisions about compliance with the Hardial Singh principles.

In Fardous [2015] EWCA Civ 931, the Court of Appeal defended the lack of guidelines about the reasonable period of detention by claiming that guidelines might lead judges to ignore shorter periods of unreasonable detention and incentivise detainees not to cooperate. The UK approach can be contrasted with the United States, where in Zadvydas v Davis 533 U.S. 678 (2001) the Supreme Court decided that, as a general guideline, detention will be unreasonable after nine months in deportation cases.

The Court of Appeal is also reluctant to allow appeals based on how the Hardial Singh principles have been applied: see Muqtaar [2012] EWCA Civ 1270.

Getting it right first time

The combined effect of the intense scrutiny of detention decisions and the relatively relaxed oversight provided by the Court of Appeal is that, in each case, the High Court judge considering the application has a significant amount of discretion. The identity of the judge and their own thoughts about immigration detention are probably even more important than in other areas of immigration law.

This introduces a lot of uncertainty when advising detainees on the lawfulness of their detention. But it also provides an opportunity for lawyers preparing unlawful detention claims to be make a real difference for their clients. Presenting a clear narrative of Home Office delay and obfuscation to the judge can have a big effect on the eventual outcome.

The rest of this post looks at the actual principles and provides a snapshot of how they work in practice.

The first of the four principles is:

The Secretary of State must intend to deport the person and can only use the power to detain for that purpose.

This is probably the least important of the principles in practice, although it is a hugely important safeguard on paper. It prevents the Home Office from detaining migrants for purposes which are irrelevant to immigration detention, like national security.

It does not crop up very often in the case law for two reasons. Firstly, the Home Office is pretty good at not using immigration powers for the wrong reasons; the Home Office does normally intend to remove people they detain, even if it goes about it in a haphazard way. Secondly, in FM [2011] EWCA Civ 807, the Court of Appeal relaxed the principle a little bit to allow short periods of detention in the detainee’s own interests while appropriate release arrangements are put in place. Although the court also said in OM (Nigeria) [2011] EWCA Civ 909 that immigration detention powers must not be used in place of detention under the Mental Health Act 1983.

For a rare example of detention being unlawful under Hardial Singh 1, see HXA v The Home Office [2010] EWHC 1177 (QB). In that case, detention was used to hold a person who presented national security concerns while the Secretary of State found out whether the country of return intended to detain him on return, as otherwise she had no intention to deport.

The deportee may only be detained for a period that is reasonable in all the circumstances.

Hardial Singh 3 is all about the reasonable period of detention, the prospects of removal and the relationship between them. In MH [2010] EWCA Civ 1112, the Court of Appeal elaborated on the test, saying that there must be a “sufficient” prospect of removal within a reasonable period of time, with a higher level of certainty about removal required as the length of detention increases.

The reasonable period is defined “in all the circumstances”. In Lumba, Lord Dyson provided a list of the main factors, citing his own judgment in I (Afghanistan) [2002] EWCA Civ 888:

The first four are the focus in most unlawful detention claims. Often different factors will pull in different directions, leaving the judge with significant discretion in determining the reasonable period. There are no rules of thumb to help judge what is reasonable so every case turns on its fact, but practitioners should keep in mind that in leading cases like Lumba, A (Somalia), and I (Afghanistan) long periods of detention over many years were mostly lawful in cases involving foreign national offenders who had committed serious crimes. By contrast, in cases involving detainees without any criminal history, the lawful period of detention is a much shorter period of weeks or months, for example, see BS [2018] EWHC 454 (Admin) and Chaparadza [2017] EWHC 1209 (Admin).

Assessing the likelihood of removal within that time period is an even trickier task for the judge. Mere uncertainty over when removal will take place is not enough (see Muqtaar), although a legal challenge against removal/deportation like an asylum or human rights appeal which will indefinitely postpone deportation is a strong factor in favour of the detainee.

Many long-term detention cases turn on how long it will take the Home Office to acquire a travel document for the detainee. It may be appropriate for Home Office officials to provide witness evidence and be subject to cross-examination.

It is common in these types of cases for the Home Office to allege non-cooperation. Refusal to cooperate with the travel document process is an offence under section 35 of the Asylum and Immigration (Treatment of Claimants, etc.) Act 2004, but in practice the Home Office routinely make non-cooperation allegations when defending unlawful detention claims without holding any serious intention of prosecuting the detainee. Importantly, in Sino [2011] EWHC 2249 (Admin), the High Court ruled that even non-cooperation by a detainee is not a trump card for the Secretary of State. Removal will still be unlawful if removal is not possible within a reasonable period.

The Secretary of State should act with reasonable diligence and expedition to effect removal.

This principle is a great opportunity to ventilate complaints about Home Office incompetence. However, it has been slightly blunted through its interpretation by the Court of Appeal.

To found a claim in damages for wrongful detention, it is not enough that, in retrospect, some part of the statutory process is shown to have taken longer than it should have done. There is a dividing-line between mere administrative failing and unreasonableness amounting to illegality.

This was elaborated on in Saleh [2013] EWCA Civ 1378: Hardial Singh 4 is breached where “a significant proportion of the total period of detention is marked by an apparent absence of any administrative activity, and no explanation for that state of affairs is proffered”. The facts of Saleh illustrate this relaxed approach to Home Office delay; there was a 12-month period during which the Home Office did absolutely nothing to advance deportation, but only eight months of it was unlawful.

If the Hardial Singh principles were not complex enough, the courts have further complicated the law by developing the concept of the “grace period”.

This a period of time after the Hardial Singh principles have been breached during which detention remains lawful while the Home Office make arrangements for release to take place. The Court of Appeal recently reviewed the law on grace periods in AC (Algeria) [2020] EWCA Civ 36 and made some criticism of extended grace periods, but still concluded that a five week grace period was lawful on the facts of the case (take a look at Mike Poulter’s very helpful write up of the case here). Practitioners should put the Home Office on notice that detention is unlawful as soon as possible and push them to get started with release arrangements quickly with a view to minimising the grace period.

More on the Hardial Singh principles

The Hardial Singh chapter in Detention under the Immigration Acts: Law and Practice by Graham Denholm and Rory Dunlop is really good, although it describes the law as it stood in June 2014 so is necessarily out of date on some points. For a more claimant-focused account of the law try Foreign National Prisoners: Law and Practice by Laura Dubinsky, although again this was published in 2012. I have written a more detailed overview of the Hardial Singh principles and compared them with Article 5 of the European Convention on Human Rights in an article to be published in the Journal of Immigration, Asylum and Nationality Law in September 2020.

For more from Free Movement take a look at our Detention Hub, with comprehensive coverage of recent Hardial Singh decisions.