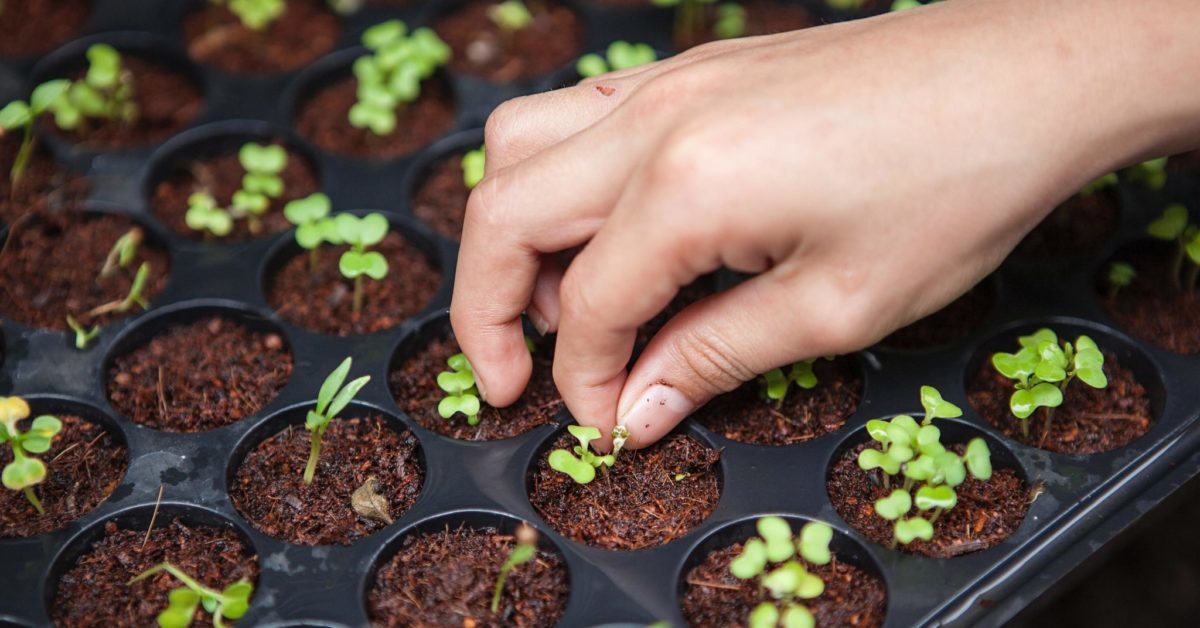 Credit: Joshua Lanzarini on Unsplash
7th May 2019  By Nilmini Roelens

The UK innovator visa: innovative and scalable, but is it viable?﻿

At the end of March 2019, the UK government launched its new innovator visa for overseas entrepreneurs and closed the Tier 1 (Entrepreneur) category to new applicants. The innovator visa is aimed at “more experienced business people” who have £50,000 to invest in an innovative business which could be scaled up fairly rapidly, with less experienced entrepreneurs seeking investment pointed towards a start-up visa instead.

This post will lay out the requirements for the UK innovator visa before looking at whether it is really an attractive and fit-for-purpose category to attract the intended business heavyweights.

Innovator visa applicants need to fulfil two sets of criteria, which are at Part W3 and Part W6 of the Immigration Rules.

Switching from start-up visas and certain other work visa categories is allowed. The visa may be curtailed if the endorsement is withdrawn or if the endorser loses its status as an endorsing body. A refusal of the visa can only be challenged by administrative review.

Teams of innovators (not limited to two people) can apply using the same business venture but cannot share the funds nor the endorsement. Each innovator must qualify for endorsement in their own right and each must have £50,000. At the point of applying for settlement, they cannot share the same means of meeting the settlement criteria. For example, if three applicants are relying on the requirement to have created 10 jobs, 30 jobs must have been created in total.

The £50,000 could be from any source, e.g. from the applicant, a third-party individual, the endorsing body, a UK organisation employing 10+ people, or a UK or overseas organisation with fewer than 10 employees plus a legal representative’s and bank letter.

The lower level of funding than the £200,000 needed for the Tier 1 (Entrepreneur) category, and the wider sources of funding, are probably about all the good news there is.

An updated list of approved endorsing bodies was published on 1 May 2019. The innovator must seek endorsement from one of these industry or business experts for their business proposal.

There are different endorsement standards depending on whether or not the business is considered “new”.

The “same business” endorsement criteria include confirmation that: “the business appears to be sustainable for at least the following 12 months, based on its assets and expected income, weighed against its current and planned expenses”. The application is judged against the business plan assessed in the previous endorsement: the applicant must show “significant” achievements against that plan. The endorser must also confirm that the business is active and trading, is registered at Companies House, the applicant who is now a registered director has demonstrated an active key role in the day-to-day management and development of the business, and the applicant will devote their entire time to developing the business.

An applicant endorsed for the same business may apply for entry clearance or leave to remain. It is possible to make a same business application from overseas if the applicant has previously held leave as an innovator or as a start-up migrant.

Innovator visas are granted for three years at a time. In theory, holders can apply for settlement after three years.

At the point of settlement, the same business criteria plus at least two additional criteria must be met. This is when the scalability element of the endorsement really bites. There must be evidence of the structured planning coming to fruition, actual job creation and growth into national and international markets.

How many innovative enterprises would be capable of meeting the following requirements within the first three years (particularly if they needed an incubator/accelerator three years previously)? They will surely be the exception than the rule.

The endorsing body must confirm that the business meets the same business criteria, i.e. “significant achievements judged against the business plan assessed in their previous endorsement”, and at least two further criteria.

W6.7 (b) The applicant’s business venture meets at least two of the following requirements:

(i) At least £50,000 has been invested into the business and actively spent furthering the business plan assessed in the applicant’s previous endorsement.

(ii) The number of the business’s customers has at least doubled within the most recent 3 years and is currently higher than the mean number of customers for other UK businesses offering comparable main products or services.

(iii) The business has engaged in significant research and development activity and has applied for intellectual property protection in the UK.

(iv) The business has generated a minimum annual gross revenue of £1 million in the last full year covered by its accounts.

(v) The business is generating a minimum annual gross revenue of £500,000 in the last full year covered by its accounts, with at least £100,000 from exporting overseas.

(vi) The business has created the equivalent of at least 10 full-time jobs for resident workers.

(vii) The business has created the equivalent of at least 5 full-time jobs for resident workers, which have an average salary of at least £25,000 a year (gross pay, excluding any expenses).

The innovator’s plans will also be assessed for “credibility”.

The endorsing body would already have scrutinised the merits of the proposed business, in a way similar to the “genuine entrepreneur test” required under the predecessor Tier 1 (Entrepreneur) category. The Home Office caseworker guidance says that there is no need to duplicate this assessment.

However, the Home Office may have “information” that would not have been considered by the endorsing body when it has assessed a migrant’s suitability. It will take into account:

(i) the evidence the applicant has submitted and its credibility

(iv) any other relevant information

These last two points cover a wide range of issues that may be considered as part of the credibility assessment. One wonders if, for example, an adjustment of a tax declaration might trigger a heavy-handed approach using the general grounds for refusal as we have seen elsewhere.

Previous articles on the innovator category have rightly asked the question of who would even wish to apply for an innovator visa — even if they qualify?

Take Seedcamp, for instance, from the list of approved endorsing bodies. Like many others, the organisation will only endorse innovators it has funded and nurtured. The seed fund offers a cheque for £100,000 (which might well be attractive to someone in the start-up visa category) but in return for a 7.5% equity in the business.

Would an experienced innovator who is capable of the kind of “significant achievements” required (within three years) part with a stake in his business? Aye, there’s the rub.

Experienced business people of the calibre required for the innovator route are unlikely to need or want accelerators or incubators. Nor will they want early stage investment in exchange for an equity share. Moreover, given the volume of admin it involves (no fewer than at three endorsements on the innovator’s journey to settlement, and the fact that the endorser is not supposed to charge for the endorsement itself, there will be little incentive for an endorsing body to participate unless it can gain an equity interest.

MedCity, which will endorse entrepreneurs in the life sciences sector, is a rare endorsing body which will not seek a stake (nor provide funding to the innovator). But it also won’t deal with immigration lawyers.

Whoever designed this visa was clearly not a business person. The category looks like a non-starter.

In September 2015 the Migration Advisory Committee recommended that the Tier 1 (Entrepreneur) visa should be reformed. The committee recommended maintaining the required £200,000 investment to deter speculative or low-quality applications and advocated that it should be “demonstrably innovative in some way” with interim monitoring. Based on a sample of 20 case studies, the committee concluded the Tier 1 (Entrepreneur) category was “not generating particularly significant wider benefits for the UK”.

But neither the Migration Advisory Committee report nor the government’s white paper on immigration policy appear to have anticipated the Innovator category as replacing Tier 1 (Entrepreneur) but more as a specialist category that would sit alongside it. The white paper, published in December 2018, mentions the advent of the innovator route but also says that “those coming to establish their own business may be able to do so where they meet the requirements of the Tier 1 (Entrepreneur) route.”

Why, then, delete the Tier 1 (Entrepreneur) category altogether when the UK economy is expected to show weaker economic growth in the coming months and years?

The white paper claimed that “the future [immigration] system will be business friendly”. It purported to be supportive of innovative industries such as science, research and innovation, “ensuring that the UK can continue to prosper after we leave the EU”.

Why, then, limit the number of endorsements to 600 per annum at the outset? (Each of the 24 endorsing bodies has 25 possible endorsements and any increase would have to be justified).

The risk of a restrictive system for entrepreneurs is that it damages the UK’s hard-won reputation for openness. The Migration Advisory Committee, while critical of the specifics of the system then in place, did note that the UK was ranked “the best country in Europe in which to set up a business, and ranks 4th in the world after the USA, Canada, and Australia”.

Furthermore, official figures confirm that small and medium sized businesses account for 99.9% of the private sector, turning over £2.0 trillion and contributing to 60% of all private sector employment.

Given where we are today, why drive away the non-EU inward investment we were supposed to woo?

Serious and innovative business people will surely choose more predictable and sustainable soil, where they rather than a third-party endorser have control, to sow their entrepreneurial seeds upon. 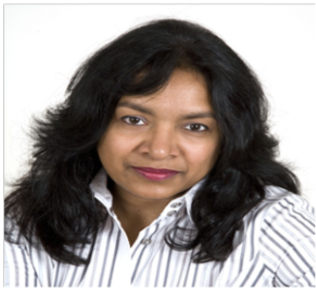 Nilmini Roelens is a consultant solicitor at Turpin & Miller LLP.

How to apply for the UK’s Global Talent visa