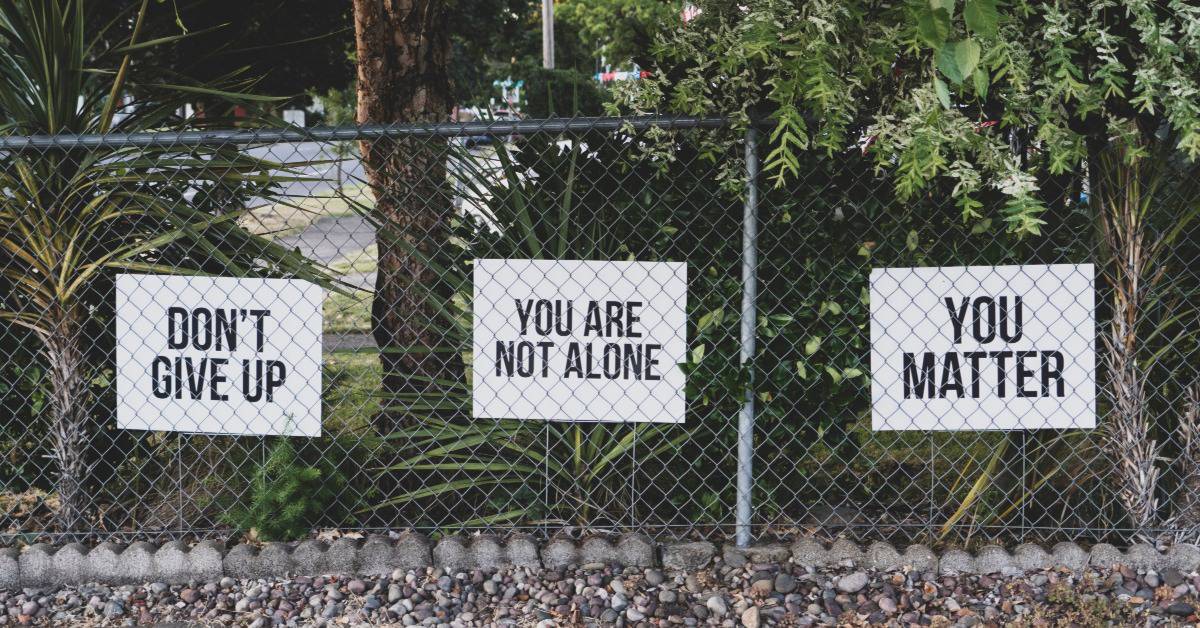 After the Hardial Singh principles, the Adults at Risk policy is the most important source of law for securing the release of people from immigration detention. It provides a detailed framework for assessing the vulnerability of detainees and balancing vulnerability against the timetable for removal, the risk of absconding and the risk of offending. This post provides an introduction to the policy and explains some of the issues that arise with relying on it in practice.

The Adults at Risk policy was introduced to comply with section 59 of the Immigration Act 2016. Section 59 requires the Home Secretary to issue guidance for determining whether a person is vulnerable and consequently whether they should be detained. It replaced a much vaguer (although potentially more generous) policy contained within the old Chapter 55 Enforcement Instructions and Guidance.

There are two Home Office documents labelled ‘Adults at Risk policy’. The first is the actual policy statement issued to comply with section 59. This contains the general principles by which vulnerability is assessed and compared with other factors relevant to detention. The second is the guidance issued to Home Office caseworkers. This specifies how detention decisions should be made.

The first step when applying the policy is to identify whether the person has any indicators of risk. The statutory guidance provides a list of indicators:

As the caseworker guidance makes clear, this is a non-exhaustive list and officials must be conscious of other conditions and experiences that would make a detainee vulnerable. But it provides a helpful summary of the situations in which the Adults at Risk policy might be applied to secure the release of the detainee.

Level 1 – declaration of vulnerability made by a detainee or their legal representative.

Level 2 – professional evidence that the individual is vulnerable.

Level 3 – professional evidence that the individual is vulnerable that detention is likely to cause harm (typically demonstrated by evidence that it has already caused harm).

The guidance does not define “professional evidence”, but states that it might be provided by “a social worker, medical practitioner or NGO”. There is more on the role of medico-legal reports below.

Balancing with other factors

The evidence level then determines how the vulnerability should be balanced against other factors.

Level 1 has minimal impact on detention decision-making because it just expresses the existing requirements of the Hardial Singh principles. Its main purpose is to ‘flag’ the issue for further investigation. The Secretary of State has a Tameside duty to investigate further in some circumstances: see R (Bah) v Secretary of State for the Home Department [2018] EWHC 2942 (Admin) at paragraph 107.

Level 2 requires greater justification of detention, but it will still not be enough in most cases to secure release. According to the caseworker guidance, detention will still be justified where one of the following conditions is met:

Level 3 is when the policy really starts to limit the possibility of detention. Once Level 3 evidence has been obtained, detention is only justified where either:

The caseworker guidance also goes onto state that:

It is very unlikely that compliance issues, on their own, would warrant detention of individuals falling into this category [ie there is Level 3 evidence of their vulnerability].

The effect of these policy statements is that most detainees facing administrative removal will be able to get out if they obtain Level 3 evidence. Many people facing deportation for less serious crimes will also be able to benefit. Like all administrative policies, it has to be applied flexibly, but in practice it is unlikely that the Home Office will resist release once it accepts that the detainee is in Level 3 and fulfils neither of the exceptions.

Therefore the imperative issue for detainees and practitioners is getting into the Level 3 category.

Rule 35 of the Detention Centre Rules 2001 is meant to be the main mechanism by which vulnerabilities are reported to Home Office decision-makers. The caseworker guidance requires officials to review detention within two working days of receiving a Rule 35 report.

‘Rule 35’ is often used as shorthand for reports about torture, but in fact the rule requires detention centre GPs to issue reports in three different situations:

(1) The medical practitioner shall report to the manager on the case of any detained person whose health is likely to be injuriously affected by continued detention or any conditions of detention.

(2) The medical practitioner shall report to the manager on the case of any detained person he suspects of having suicidal intentions, and the detained person shall be placed under special observation for so long as those suspicions remain, and a record of his treatment and condition shall be kept throughout that time in a manner to be determined by the Secretary of State.

(3) The medical practitioner shall report to the manager on the case of any detained person who he is concerned may have been the victim of torture. [Emphasis added]

However, the main detention policy, Detention and Temporary Release (also known as Chapter 55), states that detention must be reviewed within two working days following the receipt of any type of Rule 35 report. In R (IS (Bangladesh)) v Secretary of State for the Home Department [2019] EWHC 2700 (Admin), the court proceeded on the basis that any Rule 35 report would require a detention review: see paragraphs 91 and 195.

Unfortunately, detention centre GPs issue very few Rule 35(1) and (2) reports. This makes it very important for legal representatives to arrange for a medico-legal report to be prepared and submitted to the Home Office.

The presumption that Rule 35(3) (torture) reports from detention centre GPs should start at Level 2 means that, for many victims of torture, the outcome of the Rule 35 procedure will be only Level 2 evidence and a decision to maintain detention.

Helpfully, the caseworker guidance does state that reports from “Freedom from Torture, the Helen Bamber Foundation or another reputable medico-legal report provider” will be accepted as Level 3 evidence. Other expert reports about a detainee’s experience of torture will generally need to demonstrate that detention is likely to cause harm, for example by exacerbating mental health problems caused by the torture, in order to reach Level 3.

The fact that being a victim of torture does not automatically put someone in Level 3 is a significant failing of the Adults at Risk policy. In its recent review of the UK’s compliance with its obligations under the United Nations Convention against Torture, a UN committee commented that:

Such concerns have also been reflected in recent reports by Stephen Shaw.

Given the shortcomings of the Rule 35 system, the preparation of an independent medico-legal report is usually necessary to secure the release of a vulnerable client from detention.

All detainees and practitioners know that indefinite detention is harmful to everyone that experiences it. But when preparing a piece of evidence for consideration under the Adults at Risk policy it is important to put that truth out of mind and focus on why the particular individual is likely to suffer harm because of their vulnerability. Experts instructed to provide evidence about the vulnerability and its effect should be directed to the terms of the policy and asked questions which direct them to consider the language used in the policy. Home Office officials may not carefully construct the conclusions of expert reports to conclude that detention is likely to cause harm, so it is best if the expert clearly states that conclusion should they reach it.

The caseworker guidance states that Home Office officials should not disagree with medical evidence unless there are “very strong reasons” for doing so. It is worth reminding them of that when submitting evidence for consideration under the policy.

Practitioners should also be aware of the recent discovery of unpublished guidance issued to Home Office officials about how to assess medico-legal reports. The guidance indicates that expert reports should really only be challenged if they contain fairly basic errors, such as:

Role of the courts

The courts have two roles in overseeing the application of the Adults at Risk policy.

Firstly, they are the final arbiter of what the policy means and make that decision independently, rather than reviewing the interpretation adopted by the Home Office. Secondly, they review individual decisions taken under the Adults at Risk policy, albeit using ordinary public law principles rather than the intense scrutiny used for the Hardial Singh principles.

It is well-established that, whilst the true construction of a policy such as the EIG or AAR Policy is a matter for the court, the decision to detain is discretionary. Therefore, subject to the Hardial Singh principles under which it is for the court to consider whether a reasonable time in detention has been or is likely to be exceeded (see paragraphs 55 and following below), the decision by the Secretary of State’s to keep an individual in detention is subject to challenge only in accordance with the ordinary principles of public law (including Wednesbury ), to determine whether the decision-maker has acted within the limits of the discretionary power conferred on him by the statute (see R (LE (Jamaica) v Secretary of State for the Home Department [2012] EWCA Civ 597 (” LE (Jamaica) “) at [29]).

The High Court has been prepared to rule that detention is in breach of the Adults at Risk policy by applying a fairly robust level of review: see, for example, IS (Bangladesh) from paragraph 169. The judge in that case also concluded that detention breached the Hardial Singh principles over the same period. This illustrates that, because vulnerability is also a relevant factor when applying the Hardial Singh principles, the two different limitations on the power to detain can lead to the same conclusion.

The courts also police other breaches of the policy, such as the failure to respond to a Rule 35 report as required by the caseworker guidance in R (Son Le) v Secretary of State for Health and Social Care [2018] EWHC 3655 (Admin). Only nominal damages are available if the person would have been detained anyway, though. No aggravated damages are necessarily available for being an Adult at Risk, although vulnerability may be relevant to compensatory damages: see R (Majewski) v Secretary of State for the Home Department [2019] EWHC 473 (Admin).

With thanks to Lewis Kett of Duncan Lewis Solicitors for helpful comments on a draft of this post.