What is the “Legacy?”

Is it a bird, is it a plane or…is it in fact a policy?  Now the UKBA would vigorously deny this, they would deny that there is any kind of amnesty at all.

However, the evidence would point to the contrary.

Essentially prior to July 2011 if you had claimed asylum before the 5th March 2007 and your case was regarded as “unresolved” ie there is still some action pending; you would get a response on your case. A grant of Indefinite Leave to Remain (ILR) would usually follow, or you would be removed. The majority of such decision making usually led to a grant of ILR.

Now one may well wonder what the criteria for such a grant is…and that is where we have been left slightly bemused.

There is obviously some kind of criteria in order to enable caseworkers at UKBA to either reject or accept a claim under the legacy. However, we are being asked to believe that considerations of such cases, even despite long residence (which seems to be the underlying theme) are case specific….random some may well think.

If some applicants are granted leave and other similar cases are not and inherently there is no justification does this not smack of arbitrariness? One wonders therefore whether the right hand knows what the left hand is actually doing.

What does seem to be apparent is that legal challenges in this area do now seem to be taken seriously. There are many ways to scrutinise the decision of the UKBA to refuse a case under the legacy; a refusal of ILR, delay in the consideration of case or the decision to grant Discretionary Leave (DL) rather than ILR, are just some of the legal challenges in the Administrative court at present. There is a test case due to be heard substantively at the Administrative Court on the 2nd and 3rd July. Watch this space… 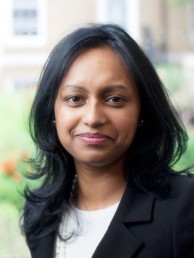