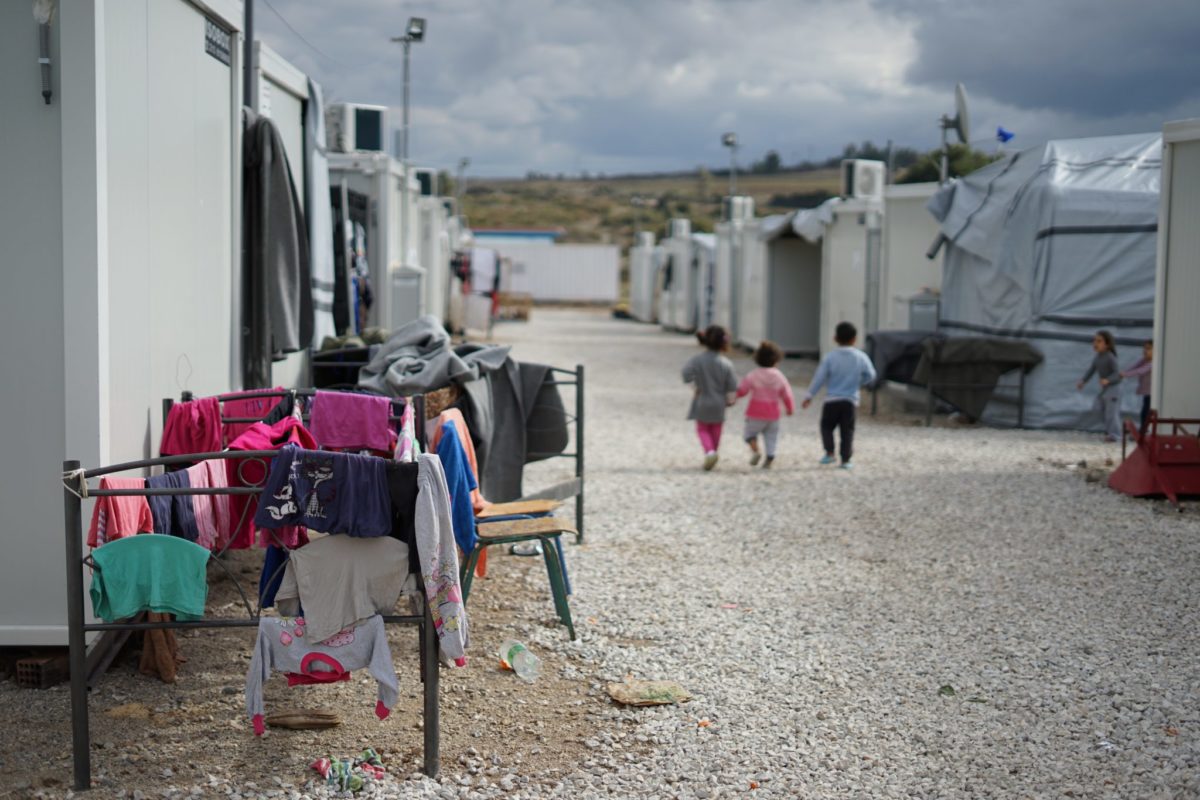 Add to favorites
Hubs / Asylum / Why sticking to the Refugee Co ...

When someone says that refugees should claim asylum in the first safe country they reach, what they really mean is that other countries should look after refugees. They want others to do what they would not do themselves. Their words are really addressed to the countries through which the refugee has passed on their journey to us. France should look after the refugees and take them back from us. If not France, then Greece. If not Greece, then Turkey. If not Turkey, then Iran. And so on.

Those countries should “step up” (Shaun Bailey, Conservative MP for West Bromwich West).

They have “a moral duty and a responsibility” (Priti Patel, Home Secretary for the United Kingdom).

These responses very obviously ignore what other countries are already doing. In 2019 the UK received 52,000 asylum seekers in total, including refugees entering on our resettlement scheme. France received 157,000. Officially Greece received 70,000, although their asylum registration system has broken down. Turkey already hosts 4,000,000 refugees. Iran already hosts close to 1,000,000 refugees. To suggest we are already doing more than we should and these other countries should “step up” is manifestly absurd. 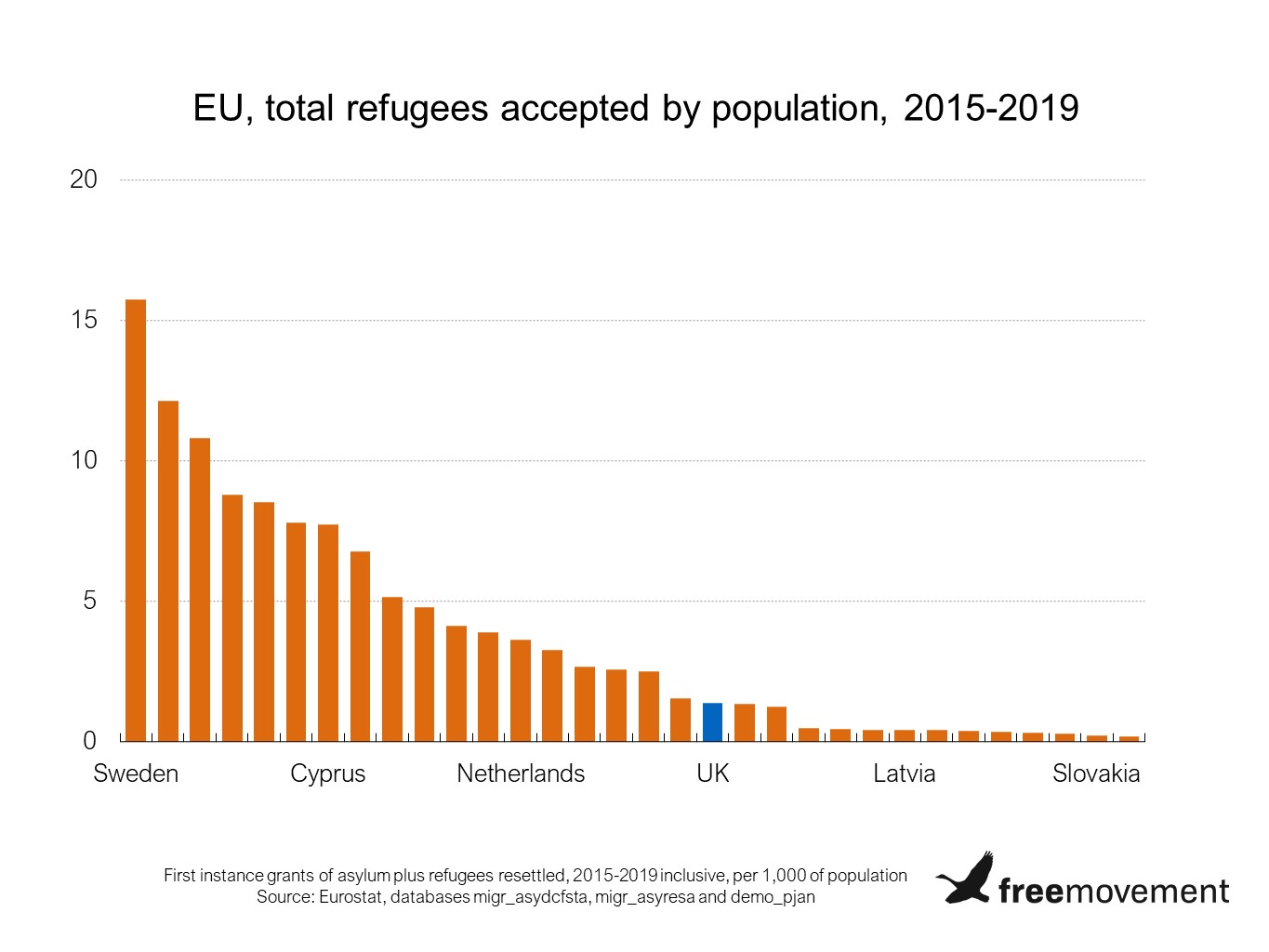 Aside from that glaring issue, what if France says the same as us and shuts out and expels the refugee, as surely she might given our own stance? And Greece? And Turkey? Why should those countries do something we will not do? The refugee cannot escape. The refugee will suffer and die.

It is unclear on what basis the “first safe country” crowd think that other countries should take responsibility. Presumably it is because those countries happen to be geographically closer to a conflict zone like Syria or a repressive regime like Eritrea. But there is no international agreement that geographical proximity and sheer chance should determine who looks after refugees. It is easy to see why not. Why exactly should poorer but stable nearby countries end up hosting all the refugees?

“First safe country” is morally as well as legally problematic

In the aftermath of the Second World War and the prolonged crisis that preceded it, European countries came together and agreed a definition of a refugee and a set of rights for them. These were codified in the Refugee Convention, signed in 1951. The statesmen responsible knew the difficulties that refugees had faced before and during the war. Many had tried and failed to escape, then later perished.

Some like to claim that those who fail to claim asylum in a first safe country are not genuine refugees. There are two problems with this. Firstly, the formal, legal definition of a refugee in the Refugee Convention does not require that a genuine refugee has claimed asylum in the first safe country. Secondly, look at the countries they come from: the top five nationalities reaching the UK to claim asylum in 2020 were Iran, Albania, Eritrea, Iraq and Sudan. Four of those countries are highly repressive and the other has a huge problem with human trafficking. Two out of three asylum seekers reaching the UK are eventually being recognised as refugees.

Personally, I do not think that standing simply on legalism as a counter argument to a moral debate is very helpful. Saying “it’s the law!” (or in this context “that’s not what the Refugee Convention says, stupid!”) is not a sufficient answer and merely invites legal change. We need to articulate the underlying moral and ethical reasons why the law is as it is and why the Refugee Convention enables refugees to vote with their feet. Some may think it is so obvious as hardly to need stating but I am afraid it ain’t so.

But those first safe countries are never going to agree to something we ourselves repudiate.

Why should other countries do what we will not?

The Refugee Convention is the only international agreement in town. It was backward looking at the time it was agreed and only applied to existing refugees in Europe, not those unfortunate enough to become refugees in future. But in 1967 the definition was amended to become universal, applying to all refugees present and future whether in Europe or elsewhere. If we now withdraw in pursuit of our own narrow self-interest, why should others not do the same? The Refugee Convention falls apart and there is no international agreement. All that would protect refugees from being sent back is a moral pressure to which we ourselves are apparently immune.

The Refugee Convention enables refugees to choose a country of sanctuary. It is not perfect. Only some refugees — often not the most vulnerable ones — have the resources and agency to cross multiple borders. Small boat crossings are dangerous and should be prevented and discouraged. I am not an absolutist who says simply “let them come”. There is nothing resembling a democratic mandate for that and no government could agree to it and survive an election. My own position is a morally compromised one: resettlement should be expanded, borders should be secure, but those who somehow pass through those borders should be treated humanely, with respect and in accordance with our moral and international legal obligations.

Now read: Should refugees claim asylum upon arrival in their first ‘safe’ country?

A first look at the “New Plan for Immigration”