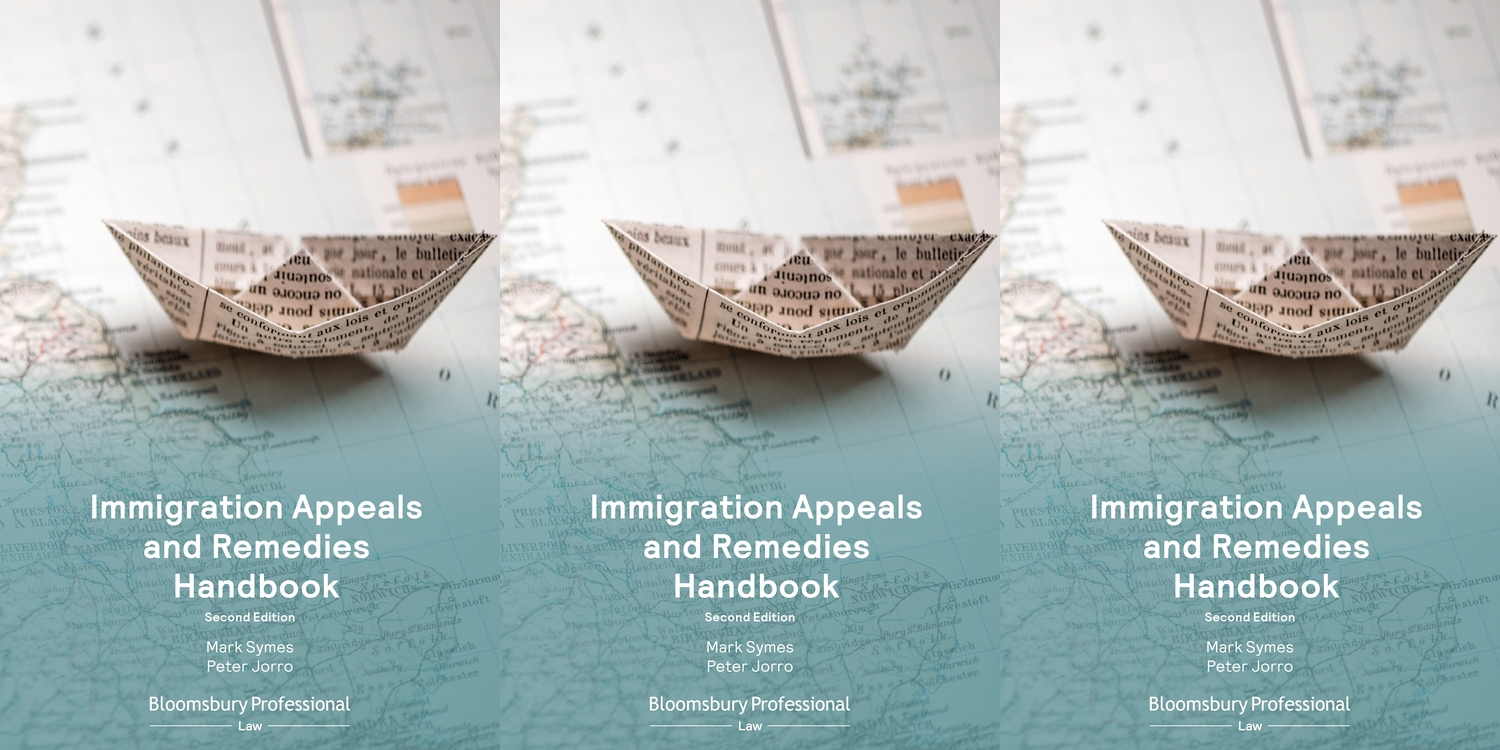 Described in the foreword by Upper Tribunal President Peter Lane as “an invaluable work for all who practise in the field of immigration law”, the Immigration Appeals and Remedies Handbook by Mark Symes and Peter Jorro has entered its second edition. Published earlier this year, it is available directly from Bloomsbury for £75 or can be picked up a tad more cheaply at well-known internet retailers.

This review should be read with the excellent and more thorough review of the first edition by the late Stephen Knafler QC. As Stephen observed back in 2016, this book is written by two immigration barristers who are not just vastly experienced but who also know how to communicate their knowledge to others. The authors not only know what questions other practitioners want answers to but also what the answers actually are.

As the title hints, the handbook covers statutory appeals to the First-tier and Upper Tribunals in immigration cases, to the Court of Appeal and to the Special Immigration Appeals Commission in cases concerning national security. Rights of appeal in safe third country cases are addressed, as are appeals under the EEA regulations, under the EU Settlement Scheme and in citizenship deprivation cases.

The Handbook also covers in detail the law and process surrounding applications for judicial review, as well as for administrative review (where one civil servant marks the homework of another).

If you need a reference source on rights or grounds of appeal, for example, this is the place to look things up. Perhaps you are uncertain — and you would not be alone in this — about the right of appeal to the tribunal in refusals under the Settlement Scheme, or you need to check the latest case law and tribunal thinking on the scope and application of human rights appeals. Maybe you want to check the tribunal’s thinking on the admissibility of a “new matter”. Perhaps you are bringing an appeal to the Court of Appeal and you want to know how it works, what needs to be done when, what does or does not to be included in a bundle and so on. Mark and Peter have you covered.

The section on substantive principles of judicial review relevant to immigration cases is really useful, containing as it does a succinct list of the most significant and relevant recent cases. The structure of the footnoting does break down a little here because of the length of the notional paragraph referring to these cases, but a little flicking back and forth is all that is needed to set that right.

Reflecting the contemporary practice of advocacy, a new chapter is specifically addressed to remote hearings. We can all hope it becomes largely redundant over the coming months but the authorities cited are likely to be relevant in at least some cases in the long term. Although perhaps less so when the Nationality and Borders Bill becomes law, given that it does away with out-of-country appeals altogether in some cases.

Obsolescence is the inevitable fate of any writing on immigration law given the obsessive-compulsive tinkering with this area of law we see from successive politicians. The Borders Bill looks like it will herald significant changes to rights of appeal and appeals law generally, for example by reintroducing fast-track asylum appeals on a statutory footing. Until then, at least, this is the definitive book on appeals and other remedies. Even after the Bill becomes law, it will remain an extremely useful reference source. Roll on the third edition…